It was ninth period in the school’s Trevian Commons (aka the student cafeteria) one day last semester, when he noticed two devicefree— device-free!—teens playing the board game Barrier Battles on a table.

Becker didn’t know either of them.

But he knew all about Barrier Battles—he and classmate Kyle Levy invented it last spring and started selling it ($19.99) nationwide in early January. The game had been introduced to NTHS students in the fall through the Barrier Battles club at the Winnetka school.

“That was satisfying, very satisfying, seeing them play our game during a break,” recalls

Becker, a Glencoe resident like Levy. “I realized then that the game was bigger than myself.”

The game is a simple one with few rules, though it rewards dexterity and sound strategies. Participants have an infinite number of possibilities on how to choose to build a base with game pieces and attack the foe’s base. It does not come with a board; it can be played on any level surface.

The object of Barrier Battles: eliminate the opposing king piece barricaded by blocks and other pieces. Players battle for the ouster of royalty by flicking their pieces to change position, vanquish enemy pieces, and destroy the enemy base.

It’s a combination of chess, curling (minus  the brooms and ice), shuffleboard, billiards, and caroms. Somebody called it the successor to the board game Crossbows and Catapults.

“Both of us, while growing up,” Levy says, “had played a similar game to Barrier Battles. Bobby approached me last spring, asking about my interest in helping him publish and finetune a table game that he had come up with as a young child.

“The opportunity to use my skills in business and product design excited me,” adds Levy, a 3D printing whiz with a career goal of serving a tech company as its chief financial officer. 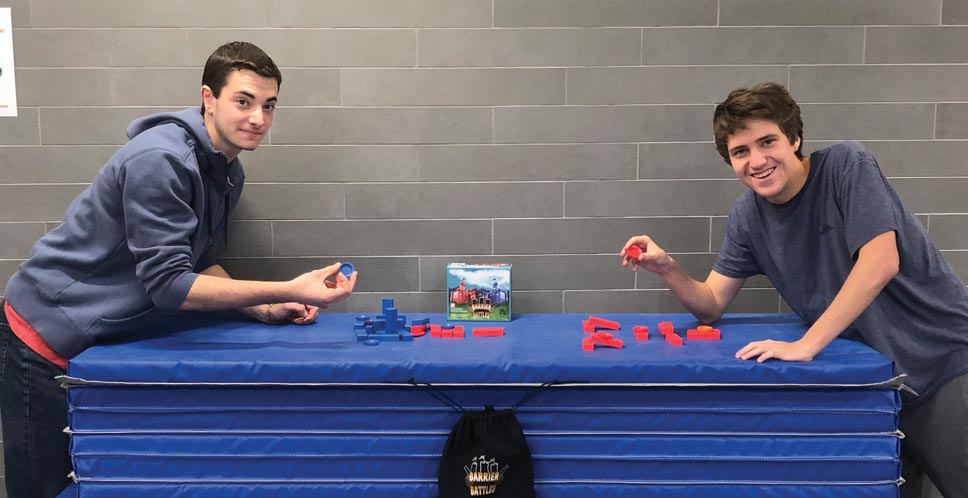 Nearly 300 games had been sold through January 22, and the game isn’t just a hit with its primary target: teens. Becker introduced Barrier Battles to campers at North Star Camp last summer in Hayward, Wisconsin. Most of the campers were 8. They played Barrier Battles. They wanted to play it again. Often.

“My grandparents, from Las Vegas, played it for the first time when they visited my family last Thanksgiving,” Levy says. “They played it for four hours.”

Barrier Battles’s appeal must be powerful. If it can pry teens away from their phones and iPads for more than 15 minutes, it owns the might of a superhero.

“People have been very open to the idea of trying a non-electronic form of entertainment,”  Levy says.

It continues to pay off.

“The personalities of people emerge when they play the game,” says Becker, an avid outdoorsman who also enjoys reading fiction and playing with his four dogs. “You can tell a lot about a person by the way they flick or flip the pieces, by the strategies they choose to use. Some players are timid; some are not. 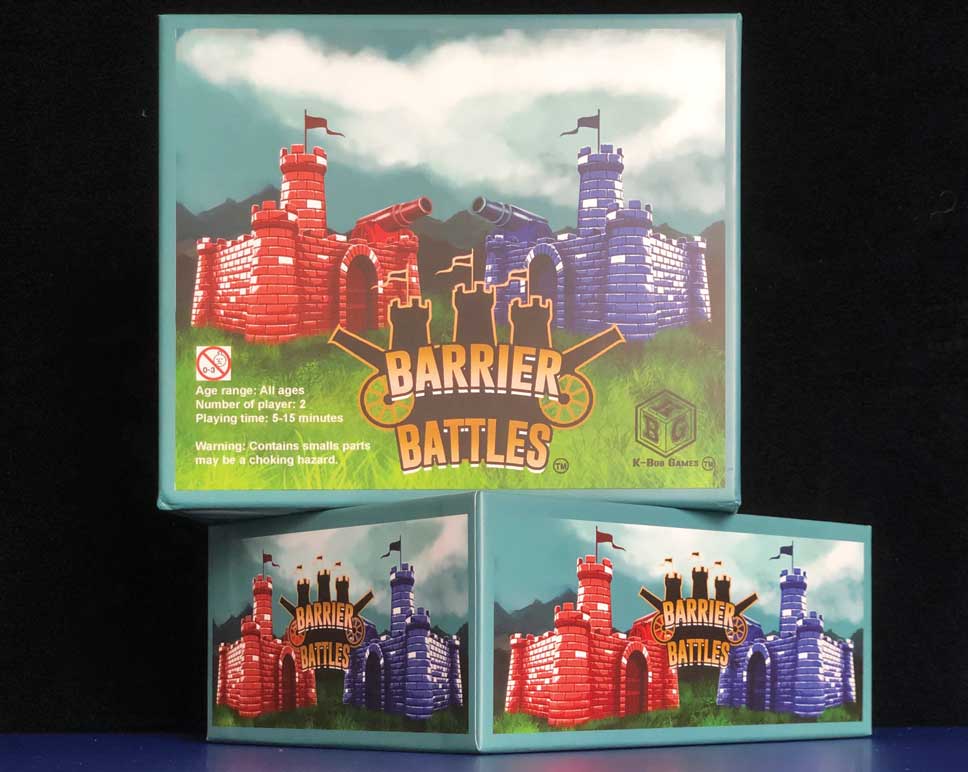 Don’t think for a second that Becker and Levy are in this venture only for the money. Both volunteer for Misericordia, an organization that

supports children and adults with intellectual and developmental disabilities. Levy serves as the Misericordia Junior Board’s director of publicity.

The $700 that Becker and Levy raised through a raffle for a special-edition Barrier Battles game went to Misericordia.

For more information visit barrierbattles.com or