No matter where you land on the political spectrum, there is no denying that Ruth Bader Ginsburg has left an indelible mark on the zeitgeist. The second woman—and first Jewish female—to serve as a U.S. Supreme Court Justice is not only a historical game-changer but a pop culture icon, spawning a fandom that could rival the Beyhive or Beatlemania.

And now she’s also the living subject of a major traveling exhibition.

On February 9, the Illinois Holocaust Museum & Education Center will host Notorious RBG: The Life and Times of Ruth Bader Ginsburg. Based on the New York Times’ bestselling book of the same name, the exhibition is originally a collaboration between co-authors Irin Carmon and Shana Knizhnik and the Skirball Cultural Center in Los Angeles. It is described as “a vibrant exploration of Justice Ginsburg’s life and her numerous, often-simultaneous roles as a student, wife, mother, lawyer, judge, women’s rights pioneer, and Internet phenomenon.”

But before the book, there was the viral blog. In June of 2013, while a student at New York  University School of Law, Knizhnik began a Tumblr page in response to Ginsburg’s dissent on Shelby County v. Holder—a landmark case that invalidated a key provision in the Voting Rights Act. The blog—its name a clever reference to late Brooklyn rapper The Notorious B.I.G.—simultaneously mourned the Court’s majority opinion and celebrated Ginsburg’s strongly worded response.

Within 48 hours, the woman who broke the glass ceiling also broke the internet. Knizhnik’s homage to RBG quickly morphed into a larger celebration of the Justice’s career and personal achievements. Quotes, animated GIFs, and fan submissions flooded the blog. It resonated with millennials, and Ginsburg was soon plastered on T-shirts, mugs, and pins, tattooed on super-fans, and parodied on Saturday Night Live.

But the upcoming exhibit isn’t just some cash grab for kitschy merchandise as you exit through the gift shop (although who wouldn’t want to burn an RBG prayer candle?) From the time Ginsburg offered her blessings for the project in a 2016 letter, it took two years to complete. The center’s associate curator Cate Thurston worked with Carmon and Knizhnik to procure incredible pieces of history and create a thoughtful, in-depth retrospective of Ginsburg’s life to date. Woven throughout the exhibit are copies of Supreme Court briefs and famous dissents; a judicial robe and jabot (lace collar) from RGB’s Supreme Court Wardrobe; and official portraits RBG and Sandra Day O’Connor—the first two women to serve on the Supreme Court—on loan from the National Portrait Gallery.

Visitors are also privy to a glimpse of Ginsburg’s life before and outside of the bench. On view are home videos of RBG with her husband, Martin “Marty” Ginsburg, on their honeymoon. There are detailed, life-size replicas of her childhood apartment in Brooklyn—complete with her favorite Nancy Drew books—and her kitchen in adulthood, which included Marty’s favorite recipes and cooking utensils. 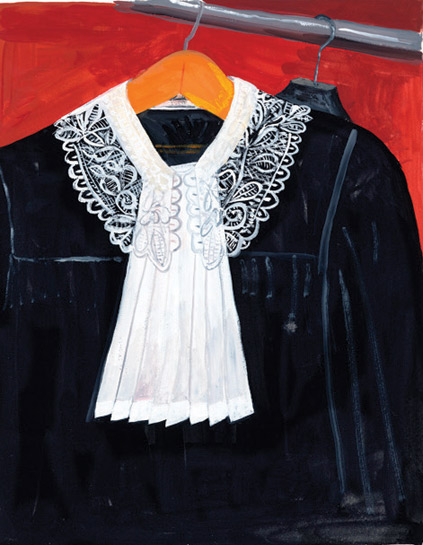 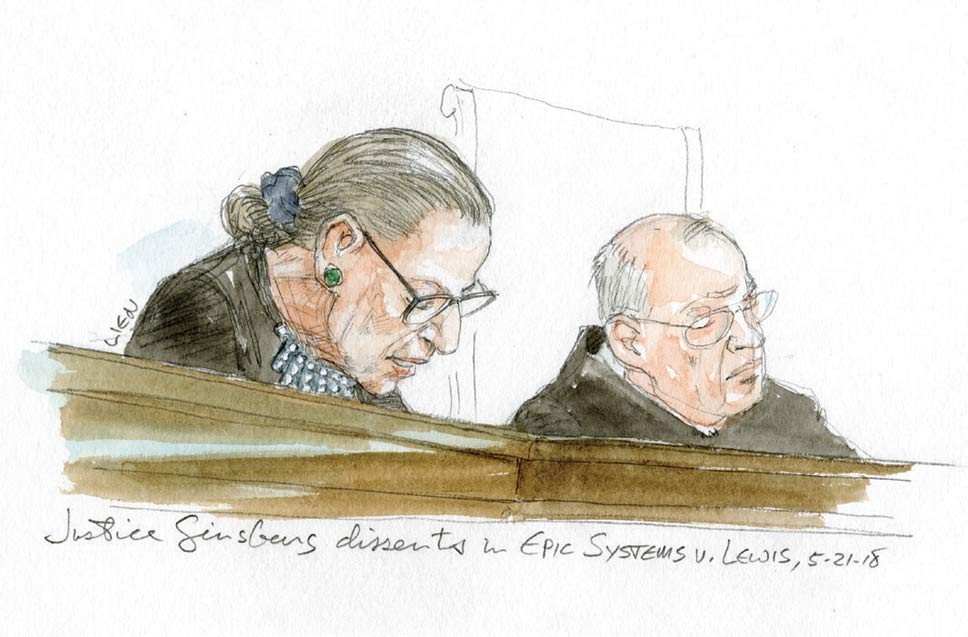 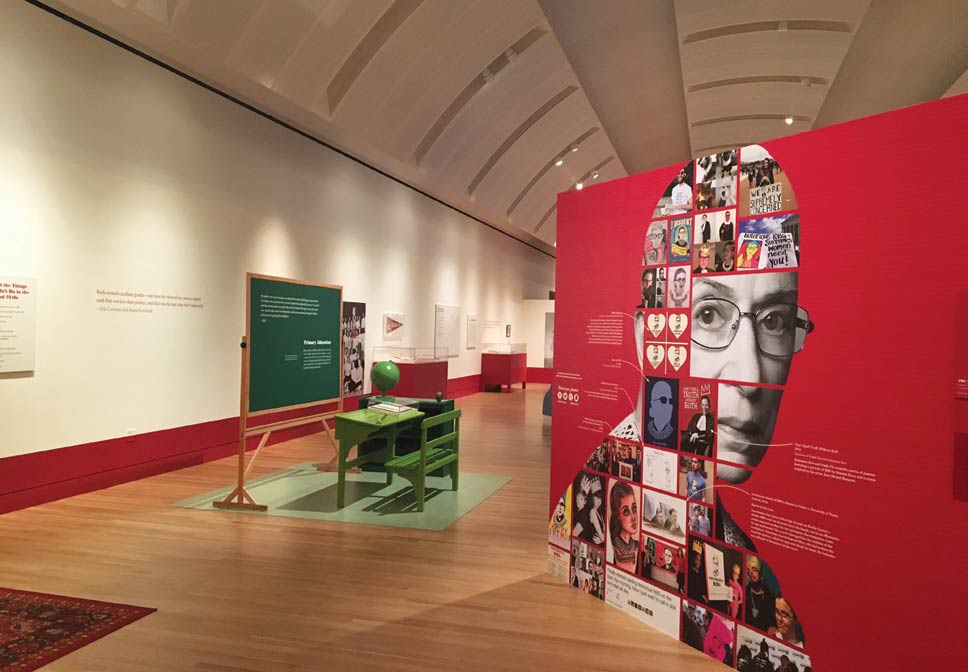 Interactive displays, listening stations (audio recordings of her dissents are a must-hear), and archival photos are combined with RBG-inspired

On opening day, Carmon and Knizhnik will host a 90-minute talk on the genesis and development of the show, as well as their thoughts on RBG as a cultural phenomenon. The museum will also present various special events  related to exhibition, like “Jump for Justice!”—a  family fitness program based on Ginsburg’s own workout regimen—and “RBG After Dark,” an evening concert for social justice-themed tunes (cosplay enthusiasts are encouraged to dress like the Justice). RBG: The Life and Times of Ruth Bader Ginsburg will run until August 16, when it will then move to the Contemporary Jewish Museum in San Francisco.