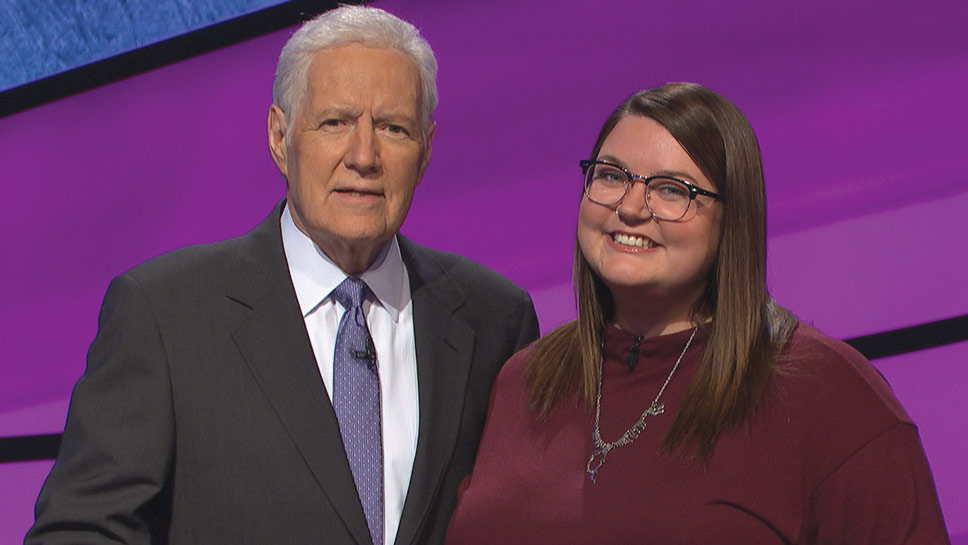 Answer: Who is Lindsay Goldstein?

If you’re a parent or caregiver, perhaps Goldstein is a familiar face. As a youth services librarian at the Winnetka-Northfield Public Library District, she shuttles between two locations to conduct story times, plan youth programs, and help young readers develop a voracious appetite for books. But this Friday, she will be introduced to a national audience as a contestant on America’s Favorite Quiz Show.

Although a nondisclosure agreement prevents her from sharing the results of her appearance, her journey to thestage is the real story. Goldstein, a self-professed Jeopardy! superfan, has been waiting for this moment for her entire life.

“I’ve been watching since I was 8 years old,” says Goldstein. “I remember going to my aunt’s house, where my cousin and I would watch episodes. We’d rewind it on TiVo, then re-watch it with my aunt and try to convince her that we knew all the answers.”

Her aunt was wise to the kids’ tricks, admits Goldstein with a laugh. “But she played along for many years.”

She eventually took the game more seriously. As a student at Highland Park High School, she competed in Scholastic Bowl, an academic club that tested members’ knowledge on a variety of subjects: math, science, history current events, etc…

“Everyone had their specialty, and mine was literature,” she says. “It’s nice to know that all of the reading I did as a kid had an outlet in real life.”

Goldstein went on to earn a bachelor’s degree in journalism from DePaul University. She then had a stint in the corporate world, working in communications for tech and insurance companies. However, she couldn’t resist her lifelong love of books, and last year she enrolled at Dominican University, where she is currently working on a master’s degree in library and information science (MLIS).

But before taking on a busy life of juggling work and school, there were her Jeopardy! aspirations. Goldstein applied for a spot on the show more than two years ago, starting with a timed, 50-question online quiz. From there, she was selected to participate in a live audition in St. Louis, which involved a written test, live round, and mock interview.

Sixteen months passed before her call to Culver City. With one month to prepare, she enlisted her boyfriend as a personal coach. Together they participated in trivia nights around Chicago, watched old episodes, studied past clues, and role played different scenarios for betting strategies. She practiced buzzing in her answers with a spring-loaded toilet-roll holder—it’s known as the best substitute for the actual buzzer used on the show.

Goldstein brushed up on her knowledge of British monarchs, geography, world capitals, and the Bible (she jokes that as someone who was raised Jewish, she had to devote extra time to the New Testament). She took comfort in the advice that former contestant James Holzhauer often gave to press during his epic winning streak, which was to read children’s nonfiction.

“This really is her wheelhouse,” says Goldstein’s mother and former Highland Park resident Robin Dreyfus. “We were not at all surprised that Lindsay was chosen as a Jeopardy! contestant. She has the best memory of anyone I know, and an uncanny ability to retain information. She has been the “memory-keeper” for our family her whole life, providing details about anything that we have trouble recalling. She amazes us.”

Goldstein’s poker face is strong; she offers no clue about how well she fared. But the experience itself was a wild ride she’ll never forget, and colleagues and community members are retroactively rooting for her.

“I’m a giant nerd about the show, it was a cool experience getting to be present where it’s made,” she says. “I’m amazed that other people are excited about it and I can’t wait for them to see it.”