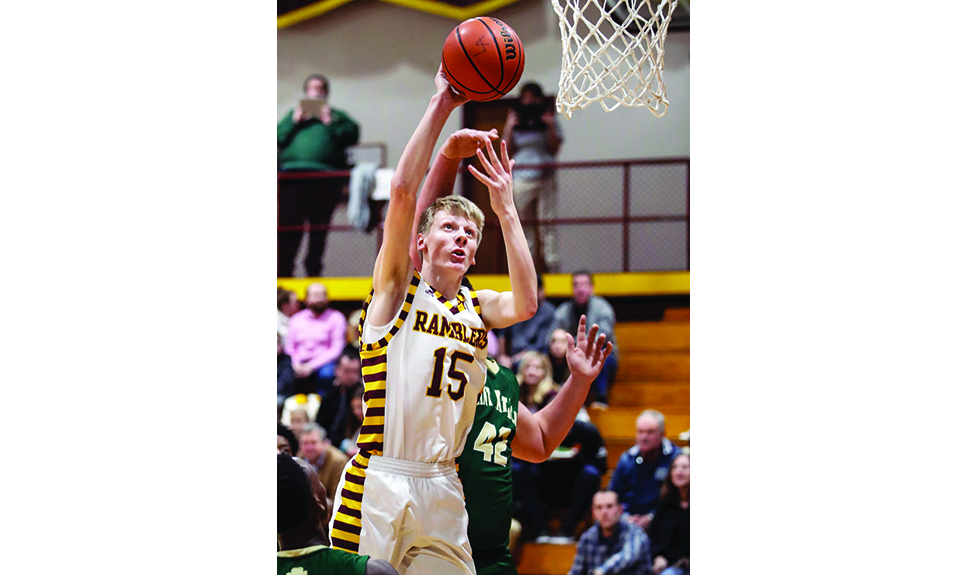 Look for Loyola Academy senior Bennett Kwiecinski (No. 15) and his twin, Jordan, to do something remarkable in a home boys basketball game later this month. PHOTOGRAPHY BY JOEL LERNER

I’ve never owned a crystal ball, but I’m peering at a figurative one now.

I see all kinds of wondrous feats that athletes in The North Shore Weekend coverage area will achieve in 2020. If every prediction comes true, I’d have to seriously consider pursuing another career path.

Scouts coach Kyle Wilhelm hosts a block party the next day to commemorate the win and Douglass’ attention-getting statistics.

February: Loyola Academy senior and Stanford-bound Luke Maurer touches first in the 100- and 200-yard freestyle events for the second year in a row at the boys swimming and diving state meet at Evanston Township High School, joining his father, Erik Maurer—a Loyola Academy and Stanford graduate—as a two-time state champion in each event.

May: New Trier senior forward Emma Weaver notches five goals and two assists in a Class 3A girls soccer playoff match, a 7-0 triumph. The Trevian politely declines to discuss any of her goals afterward but would gladly field any questions about the other goals. 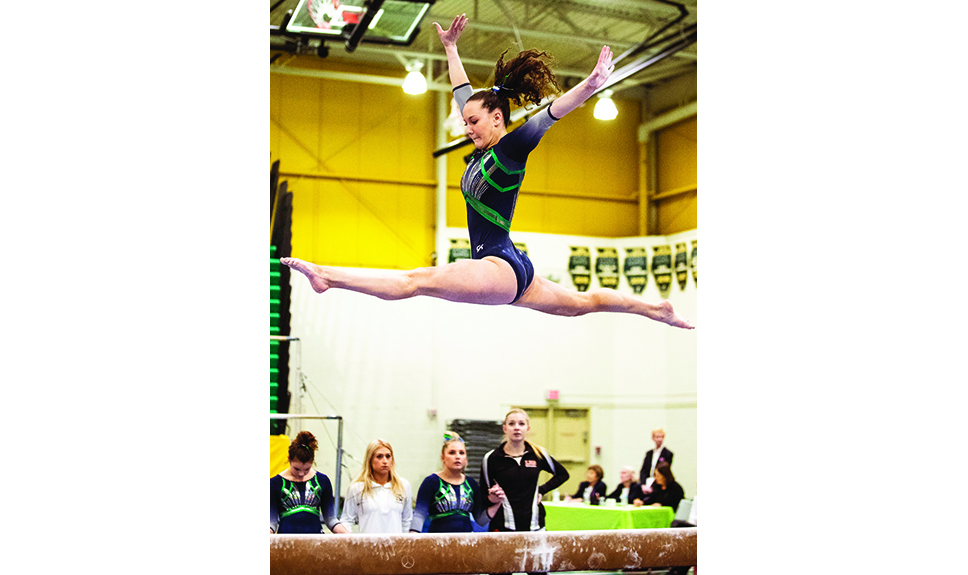 Look for New Trier senior Maeve Murdock to beam—after her final balance beam routine—once again at next month’s girls gymnastics state meet in Palatine. The Trevian won the event at state in her freshman season. PHOTOGRAPHY BY JOEL LERNER

August: Lake Forest High School junior quarterback/defensive back Leo Scheidler passes for a touchdown and returns an interception for another TD in a season-opening football victory. Journalists covering the game can’t remember the last time a player scored 12 points like that in the same game.

October: Lake Forest High School senior ace Kiley Rabjohns wins her third straight Class 2A girls tennis singles championship, this time against sophomore teammate and sister Autumn Rabjohns. Their coach, Denise Murphy, opts not to sit and coach courtside during the title match because it would have made zero sense to guide both in-house  combatants at the same time.

She instead watches the action with the sisters’ teammates and parents. Following a winner by either Rabjohns, LFHS fans shout, “Go, Scouts!”

The Scouts successfully defend their team state title behind the sibs’ firepower.

October: New Trier’s boys soccer team stuns Evanston Township High School in a Class 3A sectional final, scoring two goals in the last three minutes of a 2-1 victory. Trevians junior goalkeeper Aidan Crawford, whose goals-against average in the regular season was a microscopic 0.493, makes a sensational save on a penalty kick in the 70th minute.

The win avenges a 1-0 loss to the Wildkits in a 2019 sectional semifinal.

One month later, the lofty Wilmette natives—Brett stands 6-foot-10, Jerry 6-4—appear on the “Faces in the Crowd” page in Sports Illustrated.