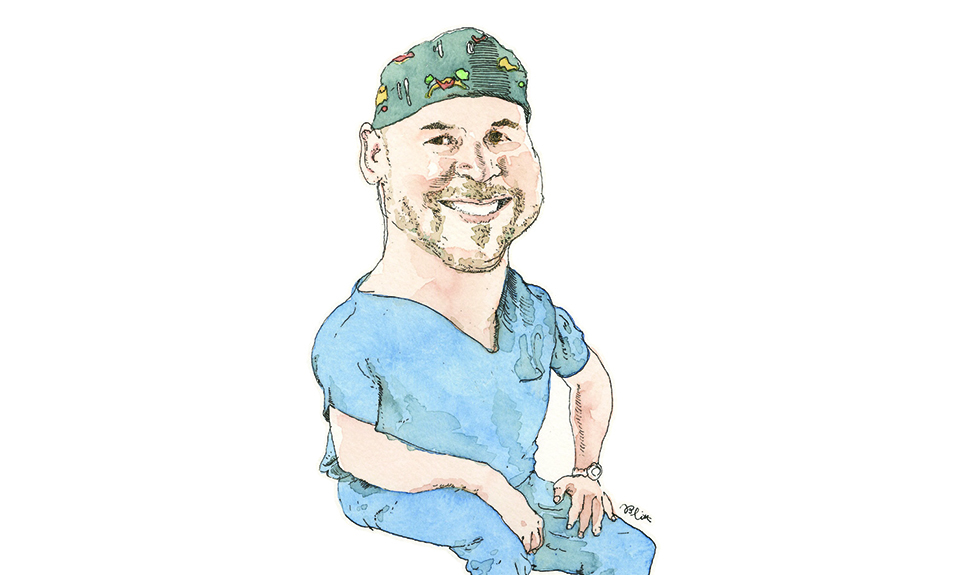 As a precocious five-year-old in Salt Lake City, Utah, Jeremy Warner wanted to learn to ski. His dad agreed, but on one condition. “I had to put my skis on at the bottom of the hill, and figure out how to walk up to the top with them on before my dad would agree to let me ski down.” Warner laughs recalling the lesson. “It was tough, but I was determined. I didn’t give up, and I did learn to ski that day.”

“That’s pretty much how I’ve lived my life,” Warner adds reflectively. “Find the next challenge, figure out how to meet it, and don’t quit on the way there.”

After 11 years in group practice, Warner is currently in the process of launching a Winnetka-based private practice in cosmetic and reconstructive surgery. But his latest challenge takes him up another mountain: This one in Nepal.

This month, Warner leads a team of surgeons and medical professionals to Kirtipur Hospital in Kathmandu, where they will perform reconstructive surgery—free of charge—for children living with the trauma of congenital facial deformities. The 12-day mission is part of Face the Future Foundation (FFF), a not-for-profit founded by Dr. Peter Adamson in 1996, with missions to Ekaterinaburg, Saratov, and Ulyanovsk, Russia. Missions to Rwanda followed in 2013. Warner’s expedition will be the foundation’s first mission to Nepal.

“Peter Adamson was my most significant mentor,” says Warner, Mission Director for FFF’s Nepal journeys, which are slated to take place every January for the next five years. “He was responsible for my final year of surgical training. The year I spent with him in Toronto was the most amazing year of my life.”

Adamson launched FFF to provide experienced surgeons with the opportunity to give back—performing surgeries on some of the world’s neediest, youngest members, and providing training to teams of physicians in remote locations.

“Having focused my career specifically on facial reconstructive and cosmetic surgery, I have done thousands of surgeries,” says Warner. “I am thrilled to have the chance to use that expertise to help these children.”

Over the course of the mission, the team will perform surgeries on children and will also train the Kathmandu medical team on new techniques to continue serving the patient population.

“The world sees us through our faces,” says Warner. “So if you are born with a congenital deformity, or have lived life knowing yourself one way, and then suffer some terrible trauma that dramatically changes the face you project to the world, those issues deeply affect both self-image, and the perception the world has of you.”

“Helping somebody to alter—and in many cases, completely reconstruct their facial appearance, is a pretty awesome responsibility,” he adds. “For example? Taking people who have facial paralysis on one side of their face, and doing a muscle transplant that allows them to smile…I’ve done this surgery on several children, and getting to see them smile for the first time is an indescribable joy. Building an entirely new nose for somebody who had no nose at all, or—in the case of hemi-facial macrosomia, where half of the face fails to fully develop—doing surgeries to create what is missing… I am deeply committed to doing all of this well.”

In Nepal, Warner’s team will treat a 9-year-old girl with hemi-facial microsomia to restore missing parts of her jaw, cheek, and ear. Dozens more children who will also be helped.

“We went to Nepal last January to set everything up,” says Warner, “with the intent to establish a relationship with the hospital there, and to assess the needs and the support systems that were already in place so that we could develop the plan for this year’s trip.”

Because Nepal has many burn victims due to the country’s practice of cooking with kerosene, and over open fires, the team will include a surgeon who is expert at upper extremity and hand reconstruction. Another on the team specializes in ear reconstruction, while Warner and Dr. Adamson will focus on correcting facial deformities.

Most of the children that will be operated on during Warner’s mission are from surrounding mountainous regions; for many, this will be their first time in a hospital. “Our goal is obviously to treat the most complicated problems, but also to focus on issues where we can just raise the level of awareness. The primary goal is for surgeons in Kathmandu to learn from what we do,” he concludes. “Our goal is not to ride in and then leave. We want to create sustainability, and ultimately, to teach the staff there to be self-sufficient.”

For information on how to support Face the Future’s mission to Nepal, and its missions to other parts of the world, please visit facethefuturefoundation.ca.