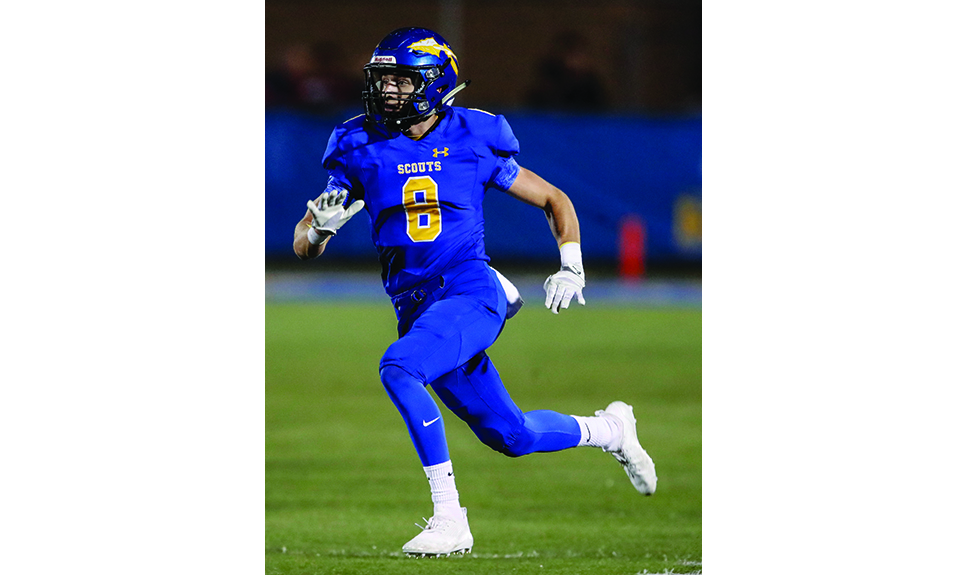 Our favorite quotes from 2019:

“If someone contacted me and wanted advice from me about what to do after this kind of surgery, I’d tell that person, ‘Don’t give up at any point in your rehab—that would be the worst thing.’ I’d also say, ‘Have faith you’ll get better. It’s worth it, this surgery; I feel a lot better. You know what else I’d say? I’d say, ‘You’ll have a really cool story to tell.’ ” — Swimmer and School of St. Mary (Lake Forest) student Zuzanna Janusz, 13, who underwent major scoliosis surgery and returned to competition six months later.

“Assists, though rebounds and steals are up there, too. An assist is such a good ‘team’ stat; that’s why I like it so much.”— Lake Forest High School girls basketball standout Halle Douglass, on what she considers the sport’s most important statistic. Now a senior, the 6-foot-2 guard became the program’s career leader in assists—as a junior.

“Eighth grade, I could, when necessary, do my homework during passing period. Not at New Trier. No way. I do homework at home for two hours, sometimes three, a night.” — New Trier diver John Ervin, during his freshman season.

“Honestly, working with GLASA [Great Lakes Adaptive Sports Association] athletes has been the most rewarding thing I’ve ever done. All these players you saw out here today … normally they play games in front of eight, maybe, 10 people. Not today. Not with the tremendous support from the campus [Lake Forest College]. Today there were 400 people watching them compete, or close to that number. The kids loved it. The kids loved the cheers, felt the crowd’s energy. This is their Stanley Cup.” — Former LFC men’s hockey coach Tony Fritz, after GLASA’s sled hockey game/ fundraiser at LFC’s Ice Arena in January. 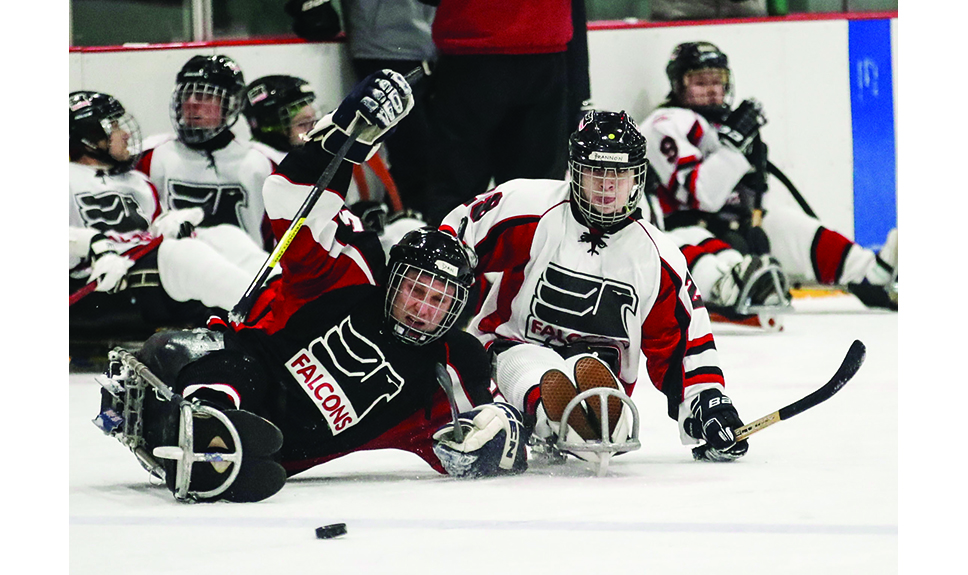 “When Luke did what he did in the 100 [-yard freestyle], our section [of bleachers on deck] erupted. His time of 44.3 … I still have goosebumps. He’s such a happy kid. It’s fun, watching him swim, watching him race. He swims for the team. Does everything for the team.” — Loyola Academy boys swimming coach Mike Hengelmann, after Ramblers junior Luke Maurer won the 100- and 200-yard freestyle events at the swimming and diving state meet.

“Taylor looked surprised after the 200-meter dash, and then she appeared to be shocked. Her time in the 200 [23.1] was phenomenal. But then, as I watched her continue to react, I noticed joy. You could see, from the look on her face, the joy—the pure joy she was experiencing while taking it all in. Taylor appreciated the moment.” — Highland Park High School girls track and field coach Sarah Palmberg, on Giants senior Taylor Gilling, who zipped to first place in the 100- and 200-meter dashes at the state meet in Charleston.

“I’m happy for the athletes and the coaches. I’m also happy we built additional trophy cases two years ago and put them in an area at the school where we could display the big trophies more prominently.” — New Trier Athletic Director Augie Fontanetta, on the weekend in which NT’s boys and girls lacrosse teams won state titles and NT’s boys volleyball and girls soccer teams finished third at state.

“Big-time college football coaches didn’t care that Duke hadn’t played football for many years. You don’t see nearly 300-pound football players move around the field the way he does. No wonder coaches saw film of him and were quick to say, ‘We want him.’ ” — New Trier senior baseball player Henry Pelinski, on classmate and defensive lineman Duke Ogles, who earned a football scholarship from Northwestern University.

“That was such great news to hear. Part of me has a hard time believing I’ll have the opportu- nity, if all goes well, to suit up and stand along the football sideline as a preferred walk-on during Notre Dame home games. Another part of me thinks I’ll be on a field at Lake Forest High

School next month, getting ready for a fifth season of prep football.” — Lake Forest High School senior defensive back Eddie Scheidler, weeks before reporting to the University of Notre Dame to extend his football career.

“When I call him, Danny asks me how I’m doing. Can you believe that? He has this wonderful awareness about things around him, about people around him. He’s respectful and very considerate of others. He’s genuinely interested in others. I find that pretty unique for someone his age.” — Chris Oehlerking, a swing coach at The Golf Practice in Highland Park, on 2019 Lake Forest High School graduate and Miami (Ohio) University freshman golfer Danny Fisher. 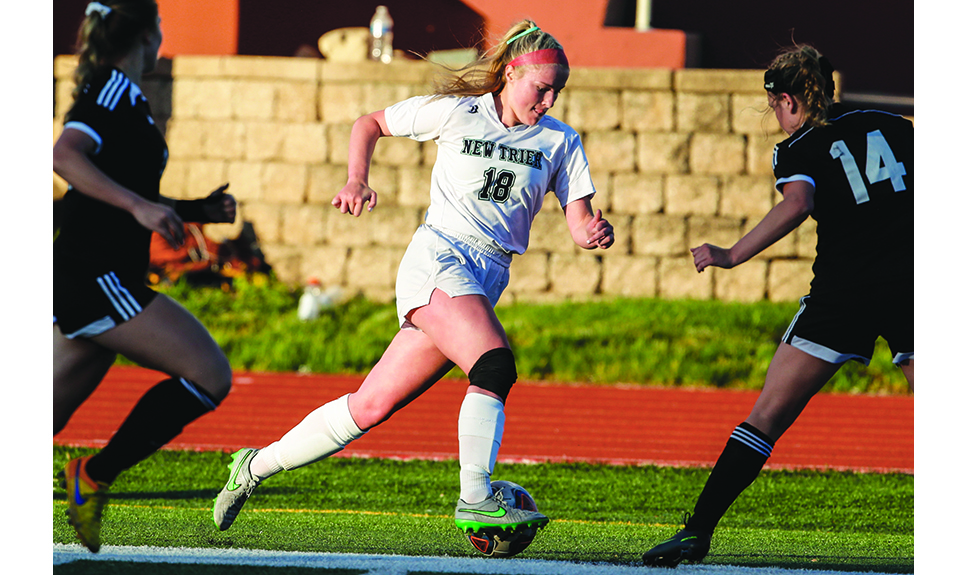 “Are you crazy? You hardly play.” — Loyola Academy graduate and University of Rochester basketball guard Mike Mangan, to Lake Forest Academy graduate and Rochester teammate Ryan Clamage, after Clamage—when he was a college freshman in 2015—told Mangan of his goal to play professional basketball someday. Clamage earned a 2019-20 roster spot to play for Maccabi Ra’anana, a professional team in Israel.

“Nate’s not only talented; he also has the characteristics, the personality, the demeanor you want in a kicker. He’s so steady, calm, and cool. It’s like he’s a 30-year-old.” — Loyola Academy football coach John Holecek, on Ramblers junior kicker/punter Nate Van Zelst.

“Bruce is making us do cardio to make sure we’d be able to escape a Zombie Apocalypse if there is one.” — New Trier senior diver Erin McNally, on Trevians diving coach Bruce Kimball.