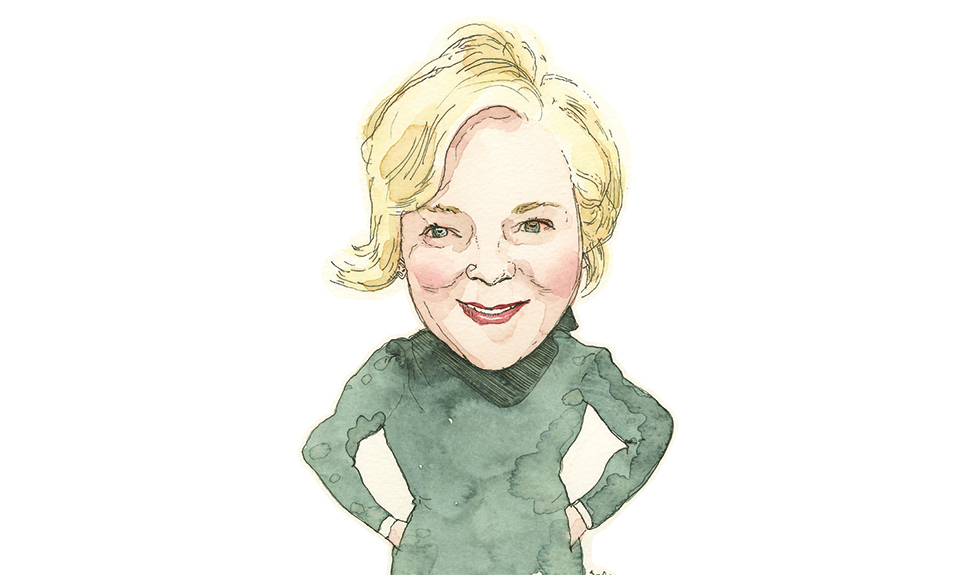 The Lake Forest author and Legacy Film announced the development of a Billy Caldwell (Chief Sauganash) documentary film on June 21. Caldwell, an Irish/Mohawk leader in the Chicago area, was instrumental in the signing of the 1829 Treaty of Prairie du Chien and the 1833 Treaty of Chicago.

“We are excited to work with so many indigenous experts,” Kelsey says. “Dennis Downes, researcher and steward of Native American trail marker trees, provided an excellent background on the historic highway systems marked by bent trees.”

The interview with Downes is one many scheduled throughout the summer. The documentary’s soundtrack will be produced by Michael Murphy, Mohawk Nation.

Susan Kelsey got lost as a youngster. Often.

But she loved every second of the feeling that accompanied the condition. A Lake Forest resident since 2006, Kelsey blames riveting books for allowing her to enter other worlds without having to sprinkle breadcrumbs to help her retrace her steps.

To Kelsey—now a 58-year-old author, historian, documentarian, and financial advisor—there was nothing like getting all caught up in plots and settings and characters’ motives and, along the way, risking deep paper cuts from turning pages too quickly.

“I’d pick up every mystery book I could find,” Kelsey recalls. “Then I’d find a spot on a floor, sit, and read. For hours. I was shy.

A native of Birmingham, Michigan, she consumed Agatha Christie books and books about Nancy Drew and Tom Swift. Ask her a question—any question—about Trixie Belden and the mysteries that the teen detective solved with Honey Wheeler in a series of mystery books written between 1948-1986. She’d likely answer it … in mid-question.

Caldwell, a Native American, was born in 1780 and became a multilingual British-Potawatomi fur trader. His mother was Mohawk, his father Irish. Caldwell received the nickname “Sauganash” (an Indian word meaning “English-speaking” or “Englishman”) and was awarded a 1,600-acre land patent along both sides of the Chicago River for helping the U.S. negotiate the Treaty of Prairie Du Chien in 1829.

In 1993 Kelsey discovered a bronze plaque signifying the boundary of historic Fort Dearborn and Caldwell’s Reserve and wanted to learn more about Billy Caldwell, the peacemaker/leader/enigma.

“The next day,” Kelsey says, “I researched Billy Caldwell at the Chicago Historical Society. This was well before the internet. I went through files and files of old newspapers, and I had to wear white gloves while doing so. I spent the whole day there; they kicked me out.

“I also researched Billy at the Newberry Library.”

No longer merely interested in Caldwell after getting lost, again, while poring over passages that kept her captivated for hours, Kelsey grew curious about the 6-foot-3-ish man with the athletic build and vast knowledge of the dawn of America. He died at the age of 61 in Iowa, where he had lived for the last four years of his life. Absorbing fascinating information about Caldwell turned into a hobby for Kelsey.

The hobby morphed into an obsession.

“The detective in me emerged,” says the no-longer-shy Kelsey, whose book is a culmination of 25 years of diligent work and enlightening adventures. “Billy was mentioned in many historical documents but never profiled in detail. I’m a back-roads person, and I traveled thousands of miles [in two countries and across 13 states]; I followed the trail Billy took after his time in Chicago. You can’t just read about people and topics and historical figures; you also have to get out there and look for clues on land, in trees. And it helps to gather information while talking about Billy with people from other states.”

“Billy,” she adds, “had this unusual power, personality, and charisma that would charm people and earn their trust. If I were able to ask him one question, I’d ask, ‘What would your 60-year-old self tell your 20-year-old self?’ ”

Kelsey’s book opens with a letter from William Whittaker, the director of the University of Iowa Department of Archaeology.

“[Caldwell] had influence and charisma, but no real power,” Whittaker writes. “His life was a series of forced retreats. … Susan Kelsey has taken on the seemingly impossible task of making sense of Caldwell’s life; the available information about Caldwell is both overwhelming in its volume and frustrating in its contradictions and omissions.”

Kelsey—a University of Iowa graduate (business major) and the mother of sons Matt, a junior at Drake University, and Chris, 24, of Vernon Hills—expects to hear from readers of her book in 2020 and beyond. If a caller claims to be related to Billy Caldwell or has information to share about a man whom some considered a traitor to his Indian people and others deemed a hero and a legend and an integral figure in the history of Chicago, Kelsey will be ready, pen in hand, pad of paper nearby.

“I’m hopeful that people will tell me about pictures of Billy, perhaps ones they had found in attics, or maybe what’s in a scrapbook in a basement or some other room,” says Kelsey. “I’m eager for the next clue about Billy Caldwell, and when I get it, count on me to be off and running.”

Kelsey, in her third year as a financial advisor and a solo flight shy of earning her pilot’s license, certainly appreciates and embraces the present, too. She served the City of Lake Forest for 10 years as its economic development officer and marveled at what she discovered about the character of the city’s leaders and residents.

“So many people in Lake Forest do great things—and they’re invisible,” Kelsey says.