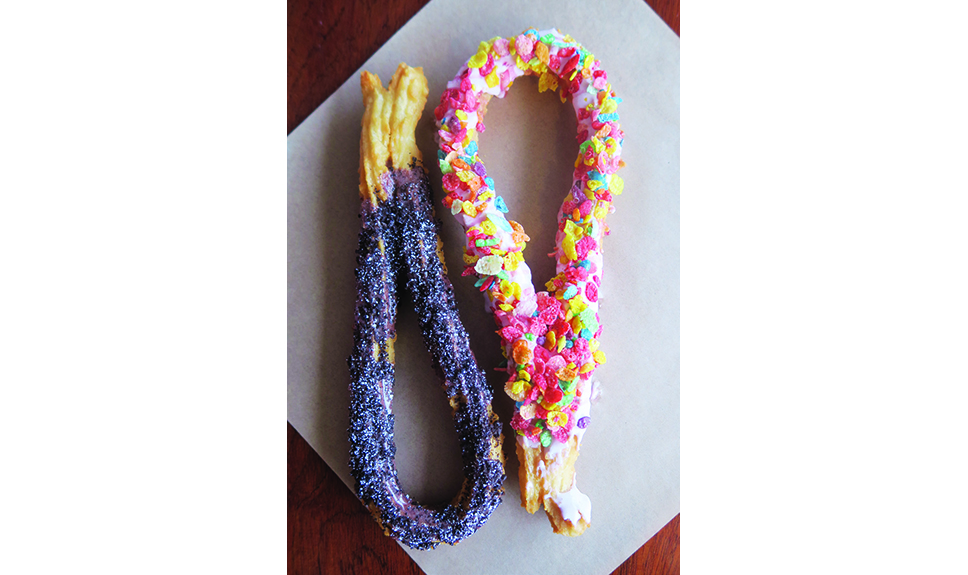 When it comes to restaurants, Mauricio Parra has done it all. He grew up in the business, familiarizing himself with every task—from bussing to bookkeeping—at his parents’ beloved 45-year-old Mexican eatery, Chicago’s Café El Tapatio, since he was a teenager.

“My mom explained to me at an early age that the only way to earn respect is to learn everything from the ground up,” he says. Parra, now 43, took her advice to heart. He opened a second location of the family restaurant in his hometown of Glenview a little over two years ago, and on any given night he can be seen taking orders, slinging drinks, and greeting loyal patrons who know him on a first-name basis.

So when he opened Churro Parlor, a postage stamp-sized dessert counter located in the vestibule of the restaurant, Parra accepted his own limitations. What followed was an international pursuit for pastry perfection.

“We were supposed to open in May,” he explains. “But that day came and went because I didn’t know what I was doing as far as churros were concerned. I spent the summer messing around with recipes, but I couldn’t quite get it right. It doesn’t sound complicated—it’s just flour, water, sugar, and cinnamon. The dough is so easy, yet complex at the same time.”

That September, just before Mexican Independence Day, Parra hopped on a plane to Guadalajara and hightailed it to the Catholic church his sister-in-law attends.

“Most churro vendors hang out and set up shop in front of churches,” says Parra. “After Mass it’s tradition to grab one. So my sister made arrangements with her churro guy and he let me hang out with him for a week.”

While Parra gained some insight, he needed more. The vendor only produced up to 30 churros a day, which was a fraction of what Parra expected to serve at his shop. He journeyed back to the Midwest and stopped in Cedar Rapids, Iowa, where a baking consultant helped to standardize his recipe and explain the nuances of pastry production.

All that mileage paid off. Churro Parlor, which opened in November, is the whole package: a bright, Instagrammable space with a hidden gem feel and—most importantly—perfectly-executed churros.

“The look and feel is Mexico City, and the taste profile is Guadalajara,” says Parra. He explains that churros from the former are thinner and crunchier, while those from the latter are thicker with a “creamy, yet airy” interior.

Parra credits his son Mauricio, 17, for having an important voice in the shop’s atmosphere. Based on Churrería El Moro, Mexico City’s most popular churro spot, the tiny interior is outfitted with a mix of glazed white subway and Spanish tiles. A wide brick wall is painted over with a papel picado (Mexican tissue paper folk art) design for a back- alley, street art vibe. It reads “Dulce Eres”—translation: “You are sweet.” 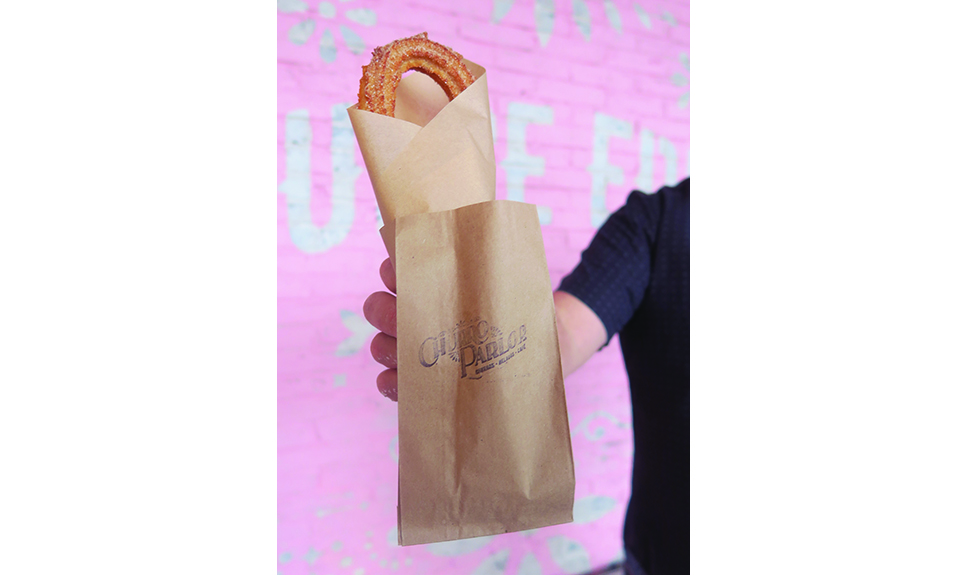 And all three of Parra’s children had input on the menu. Churros come six ways, each christened with a female name. Purists will appreciate the Jane, a golden arc of sweet dough that’s treated to a shower of cinnamon sugar, while chocoholics would be wise to order the Aunt Rose, glazed in Mexican chocolate ganache and dipped in Oreo cookie crumbs. The Berry White—schmeared with triple berry cream cheese and studded with Fruity Pebbles—would send any Golden Girl running for her diabetes meds. But otherwise, it’s an ideal indulgence for anyone with a sweet tooth.

Pair any churro with a Mexican hot chocolate for a respite from winter weather. (A personal favorite is the Valdes, which adds a shot of espresso for a welcome caffeinated kick.) In the summer, you’ll be back for a churro-wich, which is exactly what is sounds like: two coiled churros acting as bookends for a soft ice cream filling. There’s a chocolate version called the Abuela, as well as the over-the-top Party Like It’s ’99, made with birth- day cake gelato, gummy bears, and raspberry glaze. I was partial to the Maradona, made with luscious dulce de leche gelato and cinnamon sugar for a little contrasting crunch.

Every churro is fried to order, so be prepared to wait on a busy night—which, at this rate, will be often. Since its debut, the shop has been well- received by both guests of Café El Tapatio and food lovers who travel here for the churros alone. Parra’s next move is to open another location at his family’s original Chicago restaurant. Until then, North Shore foodies can (and should) proudly claim these sweet treats for themselves.