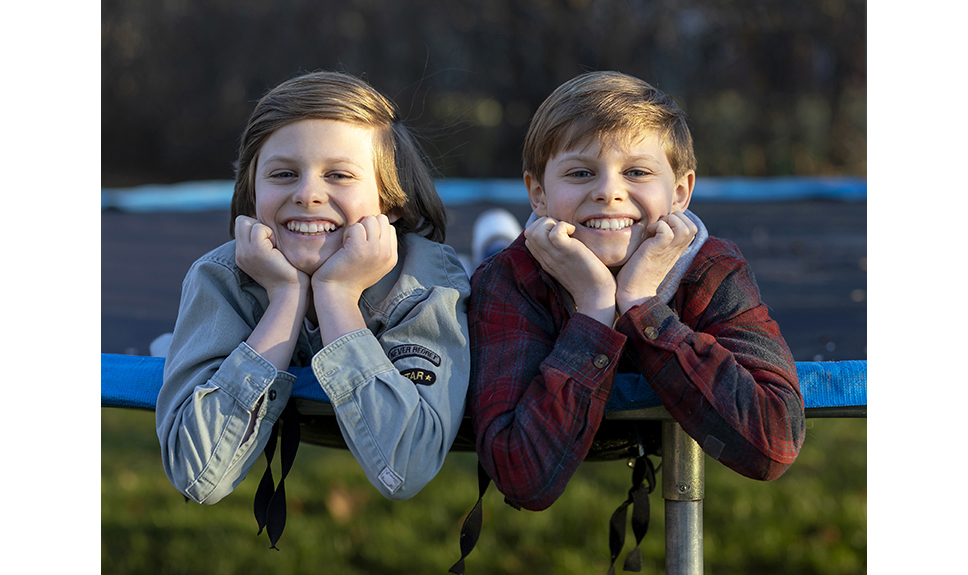 Actors Cameron and Nicholas Crovetti can’t decide which was more fun: Meryl Streep ad lib-ing silly new endings in scenes of the Emmy-winning HBO series Big Little Lies just to make them laugh, or hanging out with Nicole Kidman (their on-screen mom) and her children during film breaks.

“Working with Nicole as her twins on Big Little Lies was amazing,” says Cameron. “She was so kind. And when we weren’t shooting, she would invite us over to play or go swimming with her daughters at their house.”

“I loved working with Meryl,” says Nicholas. “She was a really giving actor.”

On this, the identical twins agree: “There was this one scene where Meryl had to give a blood-curdling scream,” says Nicholas. “She’d do the scream for the camera, and then when the camera turned to us for the reaction shot, she’d do the scream again, all the way, just to give us something to work with,” adds Cameron.

“It really must have hurt her voice, but she still gave that one hundred percent as a kindness to us.” 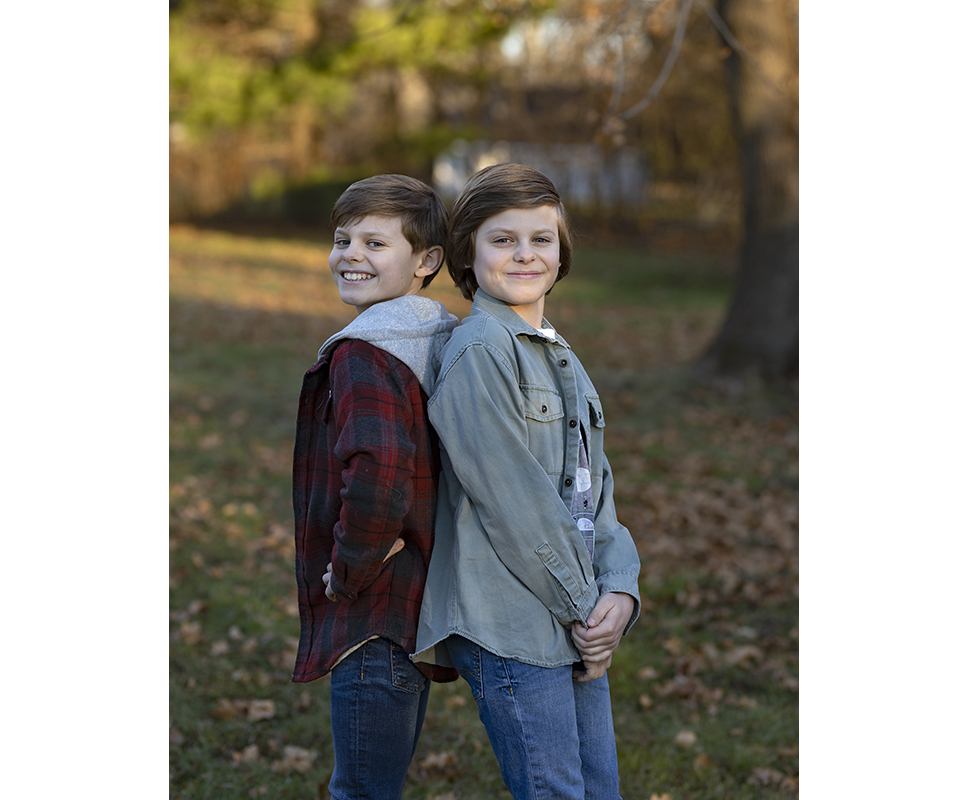 Backyard with the boys, actors Nicholas and Cameron Crovetti. Their family splits time between a home in Chicago’s northern suburbs and another in Los Angeles. PHOTOGRAPHY BY MONICA KASS ROGERS.

For the 11-year-old Crovetti twins, impressions made by two of the world’s greatest female actors come in the wake of impressions already made by their parents. Their father is writer and producer Bradley Cramp, who as Vice President and Creative Director of Niccol Films, oversaw development of motion pictures including The Terminal, The Truman Show, and Gattaca. Their mother is Denise Crovetti, who was an on and off-Broadway stage actress, stand-up comic, and television performer before becoming a licensed therapist and full-time mom to the twins and their siblings: actress Isabella and little sister Giovanna. 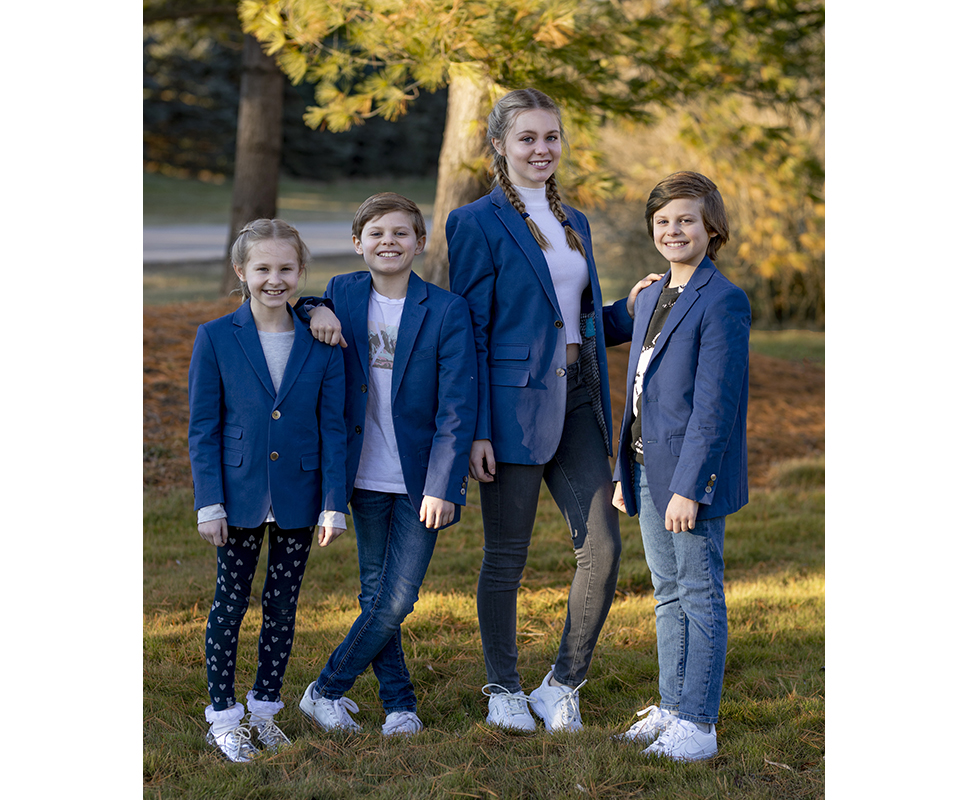 Together, the parents shaped the contours of a well-balanced family life where kindness, and giving one hundred percent, are not at odds with careers in the industry.

“We’ve been very well-rounded with our kids,” says Denise. “They are all active in sports, speak another language, and have play dates with their friends. Just all the normal things.” If one of the kids has the choice between an audition and a birthday party, the party comes first. And with acting roles, the family has been choosy. “We turn down stuff if it isn’t good for the child or the family,” says Denise. “It does take a lot of balancing, but acting doesn’t have to completely disrupt your life.”

The decision to split their time between two homes—one in Chicago’s northern suburbs and another in Los Angeles—was also made with family in mind. “I grew up in Highland Park, says Denise. “My parents still live in our childhood home, and my brother lives right around the corner from our home here. We’d always come here for the summer, but I wanted our kids to have more of that Midwestern experience, and those family connections.”

A child actress herself, Denise was part of Eileen Boever’s Acting Troupe, performed regularly at the Apple Tree Theatre, and majored in theater and vocal performance at Illinois State (famous for its connections to Steppenwolf Theatre). But after stepping away from the industry to change careers and focus on motherhood, Denise did not expect her children to follow in her former footsteps. “I honestly never thought our kids would get into acting,” she says. “We kind of just fell into it.”

When the twins were babies, one of Denise’s friends told her that agents were looking for identical twins because they could share roles. I thought, well, okay, maybe they’ll be in a few things and we can put those earnings in their college fund,”she recalls.“I decided I’d just call that one agent, and if something came of it, fine. But if not, that would be it.” 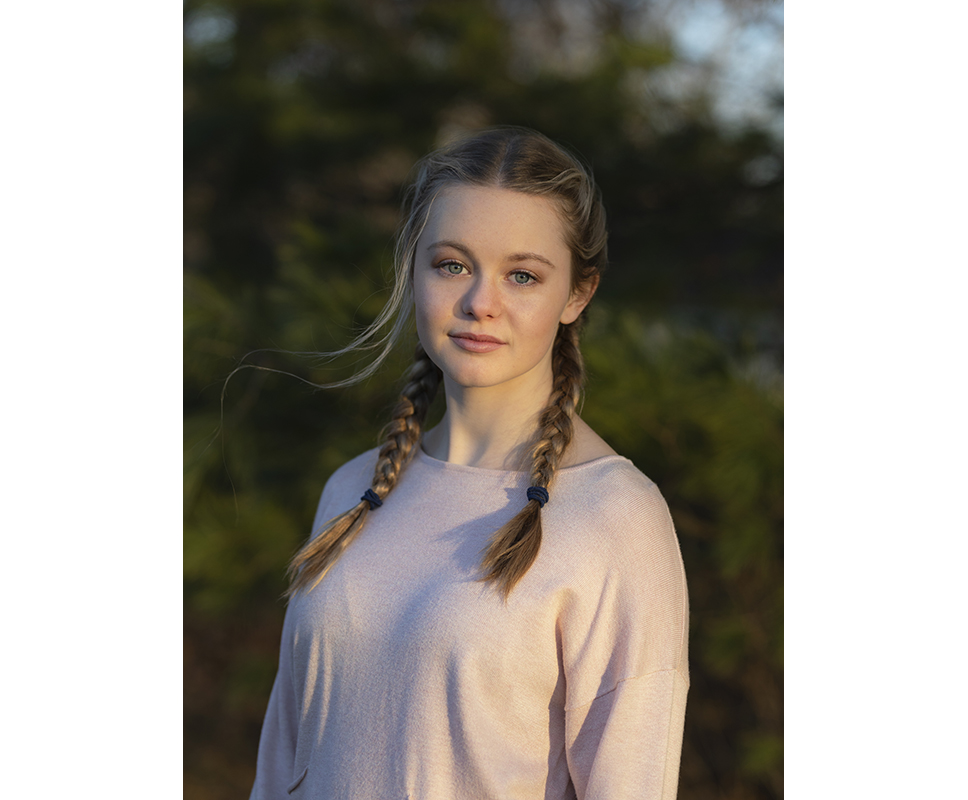 Actress Isabella Crovetti stars as the French-American artist Niki de Saint Phalle in The Summer of Snakes, a film from director Lara Panah-Izadi, which comes out this spring. PHOTOGRAPHY BY MONICA KASS ROGERS

As it turned out, through serendipity, it was Isabella who led the Crovetti kids into acting. She was in the room when her mom made that first agency call. “While I was on the phone, Bella kept pestering me, like, ‘Mom, who are you talking to? Let me say hello!’” Denise laughs. “The agent heard her in the background and said, ‘Put her on the phone.’ So I did, and the agent booked Isabella, just based on that chat.”

Isabella landed jobs quickly. First in commercials, then television pilots, and then in television series and films. She was a series regular on Colony for USA Network, and The Neighbors for ABC. She played the young version of the eponymous character in David O. Russell’s movie Joy, starring Jennifer Lawrence and Robert de Niro, and appeared in the 2018 Disney comedy Magic Camp. Her voice and singing talents bring Disney’s Vamperina and Nickelodeon’s Shimmer and Shine characters to life.

Now a freshman in high school, Isabella most recently starred as the French-American artist Niki de Saint Phalle in The Summer of Snakes, a film from director Lara Panah-Izadi, which comes out this spring. 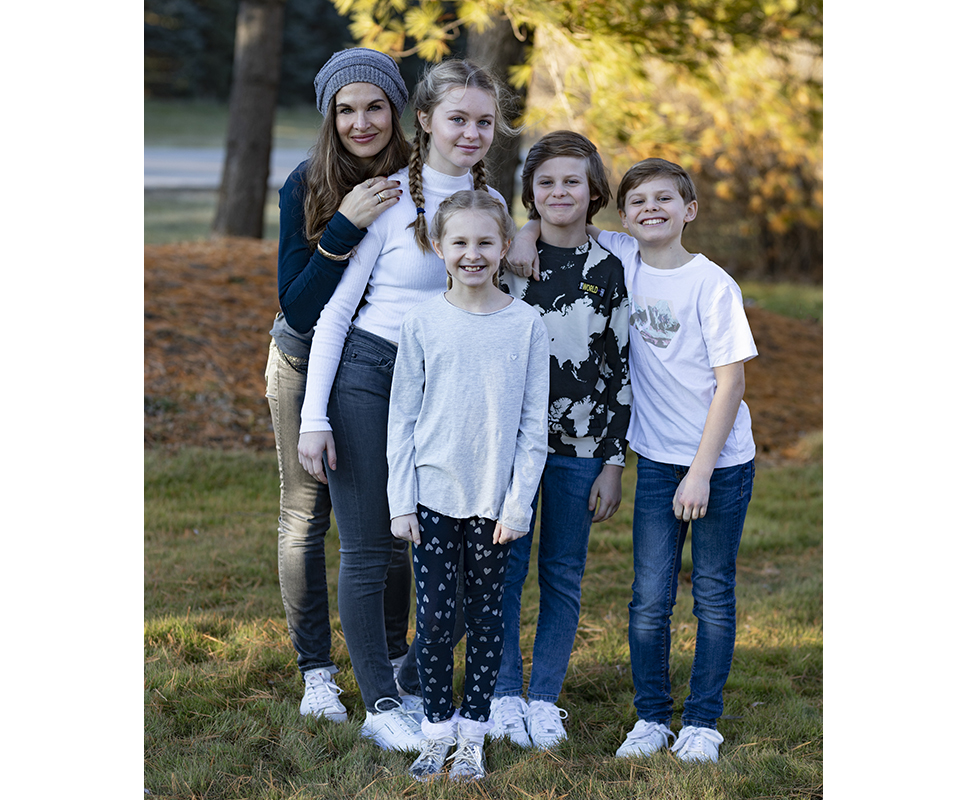 Visiting their sister on set, attending her wrap parties, and seeing her travel to exciting places, the twins wanted in. “They’d say, ‘Mom, it’s not fair! Isabella’s doing all of these cool things. Why can’t we?’” says Denise. “I said no for a long time, because I didn’t think they were ready. I mean, when you are in a role, you have to be able to sit quietly for long periods of time, you have to listen well, and you really have to love to act.”

But the twins persisted, Denise relented, and within weeks of their first audition in 2015, they landed the role in Big Little Lies.

Their performances catapulted them into the exciting projects they’re doing now—sometimes separately, and sometimes together, as they were on the movie Anywhere With You. Another film they wrapped this past summer, Witch Hunt, will be released in early 2020.

So how do the Crovetti kids like acting? After eight years in the business, Isabella wants to make a career of it. So does Cameron. “We have a lot of time to be kids, even when we are filming,” he sums. “It’s not all shooting, shooting, shooting. You get a lot of down time, and you get to explore when you travel. Then when we are home, we go back to school and get to do our sports.” Cameron is a competitive gymnast. Isabella competed in the Junior Olympics for cross country. Nicholas plays soccer, and is thinking about trying out for the wrestling team.

As for Denise, who has been her kids’ acting coach from the start, helping other children with television and film aspirations is blossoming into a new venture. “Chicago is loaded with talented kids, but historically, it’s been very theater based here,” she says. “For kids who want to do television and film work, there’s a need here for good coaching. My hope is to eventually help with some kind of suburban Chicago agency or management company with an offshoot strictly focused on training kids for television and film. Wouldn’t that be great?”