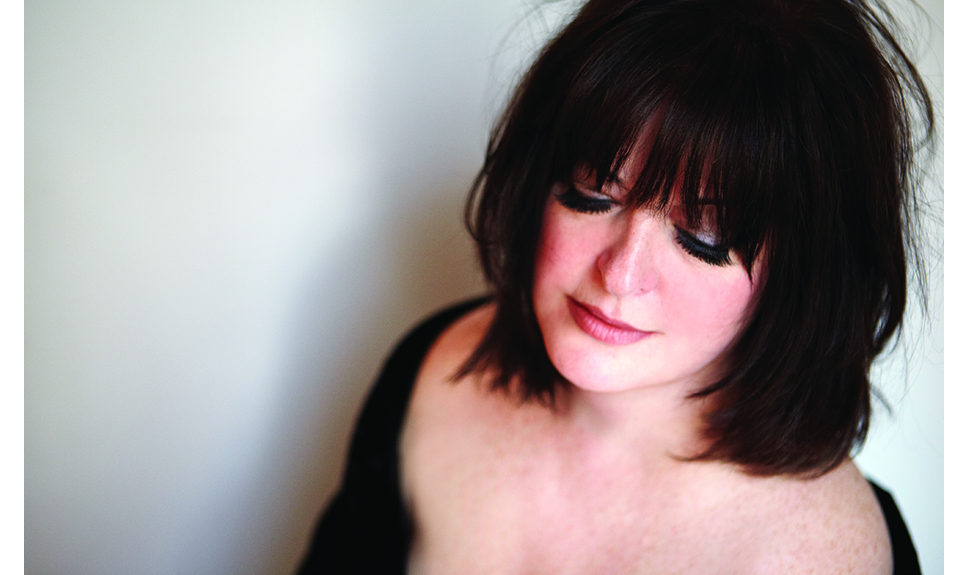 North Shore native and chanteuse Ann Hampton Callaway is perhaps best-known for being the composer and performer of one of the jazziest TV theme songs ever—“The Nanny Named Fran” from the Fran Drescher sitcom The Nanny. Of course, there’s more to Callaway than that. She’s the older sister to singer (and occasional duet partner) Liz Callaway. She has released more than a dozen albums during the course of a recording career that has lasted more than 25 years.

On her latest, “Jazz Goes to the Movies” (Shanachie), Callaway applies her impressive vocal skills to a set of 14 songs written between 1927 (Irving Berlin’s “Blue Skies” from The Jazz Singer) and 1962 (Rodgers and Hart’s “This Can’t Be Love” from Jumbo). As the opening cut states, the album “’S Wonderful” (composed by the Gershwins for “An American in Paris”) in the way that it offers listeners another way to enjoy these classic tunes. I had the pleasure of speaking with Ann before she embarked on her latest concert tour.

We talked to her before her December 14 appearance with sister Liz at the North Shore Center for the Performing Arts in Skokie. Callaway will also perform with Urban Knights at City Winery in Chicago on April 23, 2020. Here’s what she had to say:

Before we talk about your music and upcoming tour dates, I’d like to begin by asking how, after years of living in New York, and being a Chicago-area native, do you like living in Tucson, Arizona?

I love living in Tucson, Arizona. I got lucky and found an incredibly beautiful home that makes me feel like I moved to heaven and God is my roommate. I’m on the road so much of the time that it doesn’t really matter where I live. I was living in New York and almost never doing anything in New York except paying its prices. My better half (Kari) is from Tucson, and it was time to switch turf and give this a try. What’s great about what our life is that when I come home from touring and doing what I love, I have this beautiful, relaxing, stunning home with the mountains and the big skies. It’s turning into a beautiful lifestyle of performing, spending time in NewYork, and of course we visit my hometown maybe once or twice a year. I am a woman of the world. Anyone who’s fortunate enough to have a career, you’re basically on the road a good percent of the time. Wherever I hang my hat is home. I have dear friends wherever I go. It’s a kind of exhausting and amazing life. I feel blessed.

On your most recent album, “Jazz Goes to the Movies,” you cover 14 songs from movies made between 1927 and 1962, from The Jazz Singer to Billy Rose’s Jumbo. What was involved in the song selection process?

The CD started with my good friend and beloved record producer Lisa Schiff. She’s the woman who is probably responsible for creating Jazz at Lincoln Center. She’s a real mover and shaker and huge fan of mine who’s recorded many of my CDs. She said, “Ann, I think it’s time for you to record another CD. I’d love to work with you. Here are some songs I’d love to hear you record.” I listened to the songs she gave me and I noticed the ones I related to had something in common. They were all from movies. We had something really beautiful here; a theme without even knowing into it. I’m kind of an old-fashioned person and I love breathing new life and energy and taking a listen to words and music to see how it’s relevant today. We had a ball! We sifted through the various things we both brought to the table until it looked like we had a gorgeous show. Some of these were arranged already and some had to be arranged. The result of it is a CD of love songs from a time when some of the best songwriters of the great American songbook were writing. It was during a similar time in national history when Americans were going through a lot of angst. I feel like we are (also) in a challenging time. There’s so much unknown and anxiety; people are feeling alienated. The idea was to return to songs that were written during the war or the depression (when) people were coming up from all of that, that bring beauty and inspiration and hope to people and are so well-made and timeless. The response I’ve been getting, traveling around and doing the shows and radio, has been very positive. I’m so happy that the CD is in the pre- Grammy nomination category.

You mentioned being on the road. One of the shows for which you are currently touring is The Linda Ronstadt Songbook in which you celebrate the music and career of Tucson, Arizona native Linda Ronstadt. Do you focus on a specific period or do you incorporate the full Ronstadt spectrum?

It’s not possible to put on a great show and do the entire spectrum. It would need to be a three- night series. I just saw the documentary about her, Linda Ronstadt: The Sound of My Voice. What a powerful, extraordinary career she had. I’ve sort of unknowingly created a legacy series. I love celebrating women—the trailblazers who inspire me, who made it possible to what we now take for granted; having a career as a woman doing many kinds music about which I am passionate. I thought I would be spending more time focusing on my normal wheelhouse music—the great American songbook—for which she did fabulous albums with the great Nelson Riddle.

Have you heard from Linda about the show?

Yes! She and I have a mutual friend, Dan Guerrero. He’s the one who put me in touch with her. She helped me find some of the charts. I’m using some of her charts when I do symphony shows. She put me in touch with various people in her life. She gave me a beautiful quote. She said she was so happy someone of my caliber was performing her music. She felt like my voice brought a lot to it. I asked her, “Of all the songs that you’ve ever sung, which is the core of who you are?” She wrote back, “Heart Like A Wheel.” We have occasional correspondence and I’ve spoken to her on the phone. She couldn’t be a nicer person; an amazing human being. The way she’s living through this chapter of her life. To have a voice and career like that and not sing anymore when you love to sing so much and you have all that talent. It’s one of the reasons I wanted to say thank you to her for her inspiration and the way she took a lot of music that I love and made it famous and loved again.

In addition to The Linda Ronstadt Songbook, you are performing your Broadway With the Callaways show with your sister Liz at the North Shore Center for Performing Arts in Skokie. What does it mean to you to perform on the North Shore, not far from where you grew up?

It’s fabulous! My years at New Trier Township East High School in Winnetka and the friends I made, who have remained very close friends through the years, are a huge part of my heart and soul. Returning to that part of what feels like home is always a joy.The audiences knew our dad and knew about our mom. It’s like they’re part of our family. It’s special to be able to share that. So many of them have been loyal listeners throughout the years. They bring their families and their friends and turn them on to what we do. It’s like a family reunion. It’s not just a concert. It feels like a love fest. Liz and I put a lot of love and care into every show we do.This new show is so much fun. Anyone who loves Broadway and appreciates what we do is going to have a fabulous time.