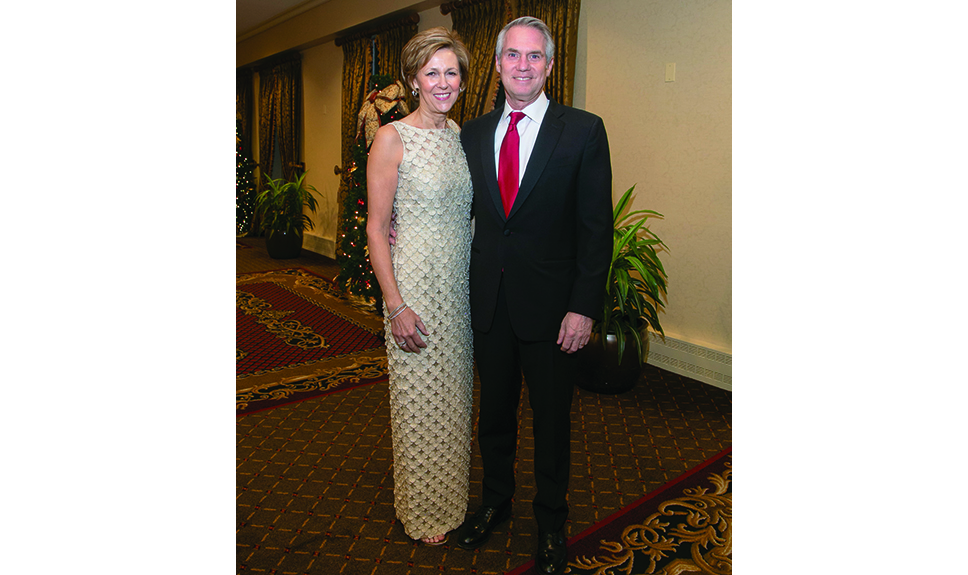 Judy Castellini of Winnetka has dedicated her life to giving back and making a difference in her community.

She has poured her heart and soul into her volunteer commitments to such nonprofits as the Ravinia Woman’s Board, Woodlands Academy, St. Josephinum Academy, and Hadley School for the Blind and Visually Impaired. So when she and husband Jerry Castellini were asked to co- chair Catholic Charities 30th annual Spirit of St. Nicholas Ball on Friday, December 6, she was thrilled to take the lead.

“The St. Nick Ball is not only the kick-off event for the Christmas season, but also a unique gathering of so many generous donors. Over the past 30 years, these donors have dedicated countless resources towards supporting the vital work the Catholic Charities provides for thousands of children in need throughout the Chicago area,” she says. “The Ball is also special in that it a multi-generational event, including many families who come together once a year to celebrate the Spirit of St. Nicholas and help provide support to those in need.”

“I chose to involve myself with Catholic Charities because of the variety of outreach services they offer and the volume of those they reach,” explains Jerry, who brings knowledge gained from his position with Notre Dame University’s Wilson Sheehan Lab for Economic Opportunities, an organization committed to reducing poverty and improving lives through evidence-based programs and policies. Jerry says that 38.1 million people live in poverty in the U. S. and $1 trillion is spent annually fighting poverty. As little as 1 percent, however, goes to evidence-based programs.

“Also, there are steps, based on research and experimentation, that can spare a family from getting into a dark situation in the first place. For one family to receive shelter services, it costs about $35,000. But what if I told you that we could prevent that family from even stepping foot into the shelter in the first place for as little as $1,500?

While homelessness cannot be cured entirely, there are interventions that can help make a real impact for many.”

Catholic Charities was founded in 1917 to fulfill the Church’s role in providing charity to all people, regardless of religious belief. It is guided by the values of respect, compassion, competence, and stewardship. While the agency’s services benefit people of all ages, proceeds from Catholic Charities’ St. Nicholas Ball go to youth who are affected during times of crisis, poverty, or despair. It is this commitment to children that inspires Judy and Jerry to help.

“There are countless opportunities to give back to the Chicago community and help make a difference. We chose to chair this event because we feel strongly that the services offered by Catholic Charities are both high impact and widespread throughout our communities,” says Judy. “We also believe that to be able to provide appropriate support services for children and families in need is to help set the stage for their future success. We are honored be able to play a role in that process.”

More than 1,100 guests are expected to attend the black-tie affair, held at the Hilton Chicago. The spirit of goodwill will be combined with the joy that the holiday season brings as the event features a gourmet dinner, wine, live entertainment by the Ken Arlen Orchestra, and dancing. Doors open at 6:30 p.m.

As part of the ball, guests are also invited to participate in the Celebration of Giving Toy Drive. Donations of new, unwrapped children’s toys and gifts will be accepted at the entrance of the ball. All toys collected will be distributed to the children who the Catholic Charities serves this Christmas season.

For gift ideas or more information about the Celebration of Giving, visit catholiccharities.net.