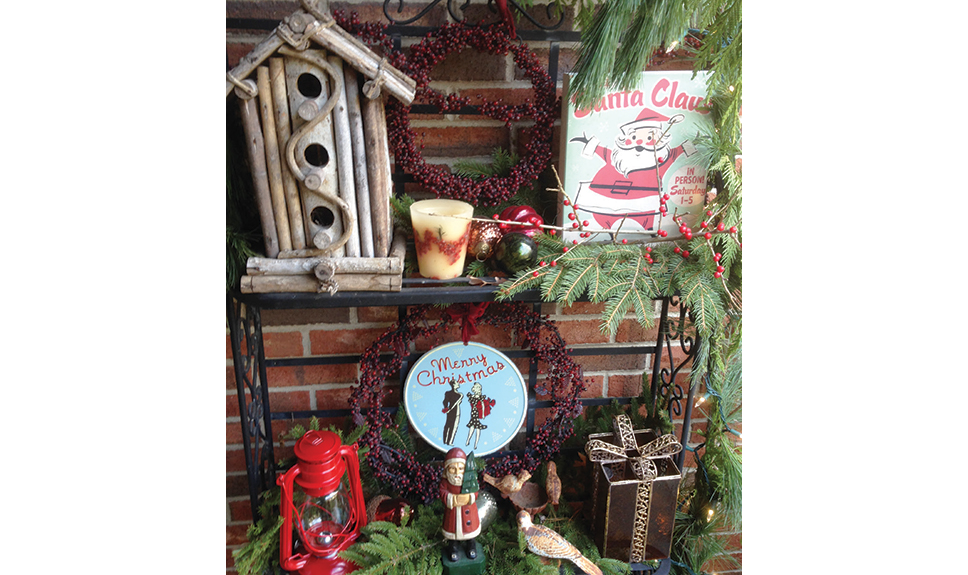 Like the classic holiday ballet, The Nutcracker, which transports viewers through a sequence of fantasy worlds, the Lake Bluff History Museum’s Christmas Home Tour takes visitors all over the architectural map.

The tour includes several historically significant homes, including a stone gate- house built in 1925 on the grounds of one of the village’s most notable estates; a circa 1905 Queen Anne home that was commissioned by a major player in the vaudeville circuit who went on to found one of Hollywood’s Big Five movie studios; and a beautifully renovated circa 1955 farmhouse that has a totally unexpected interior, with rooms that radiate from a circular atrium, floor-to-ceiling paintings covering black lacquered walls, and interior décor that includes a mixture of velvets, antiques and custom-scene wallpaper.

A recently built home that was on the tour a few years ago returns in 2019 to showcase new interior décor upstairs and a totally renovated lower level outfitted at one end as a speakeasy with black lacquered walls and velvet drapes, and at the other end as a teenage rec room with two bunk beds, a large- screen TV surrounded by comfy seating, and a sport court for practicing indoor hockey.

“The houses on the tour reflect an eclectic mix of styles,” says Penny Marsh, chair of the Christmas Home Tour. “Many visitors pick up ideas on the tour and use it to jump start their own holiday decorating.”

Said a homeowner whose house was featured on a previous Christmas Home Tour: “This event is not to be missed. It’s one of the many reasons Lake Bluff is the very best!” This is the ninth year LBHM has hosted its Christmas home tour, a creative endeavor. Funds raised from the tour support the mu- seum’s efforts to digitize its entire collection and mount new exhibits every year, such as the recent “Made in Lake Bluff,” and “A Century of Weddings” exhibits, and an upcoming exhibit on Lake Bluff ’s gem: “Lake Michigan.”

Over the years, homeowners who have opened their dwellings to the public for the tour have done so to support the work of the museum, to give history buffs an insider’s view of the properties, and to kick off the holiday season in style.

According to Marsh, designers decorating homes for the tour favor familiar holiday themes. You’ll see ornaments nestled on fresh-cut spruce, pine boughs on mantels, and Nutcracker collections on sideboards, plus plenty of Santas, snowmen, and carolers. But there is room for creative variation.

“Some homeowners display collections from their travels around the world, such as vintage glass ornaments from Germany,” says Marsh

“And one year, one of the homes featured a owners’ previous military accommodations.” Others decorate with whimsical flair, usingbright, primary colored ornaments on faux white trees. Marsh recalls one year when a home was completely outfitted in silver and blue, while another home followed a North Woods holiday theme.

“Visitors tell us they pick up ideas on the tour and use them to jump-start their own holiday decorating,” says Marsh.

But the tour also gives visitors the opportunity to see interior design evolutions, renovations, and restorations in the making.

“The Christmas Home Tour is our biggest fundraiser of the year and our most popular event,” says LBHM Vice President Pam Russell. “It attracts people from the North Shore, but it also brings in visitors from Chicago and Milwaukee who love coming to see the homes and experience Lake Bluff ’s charm.”