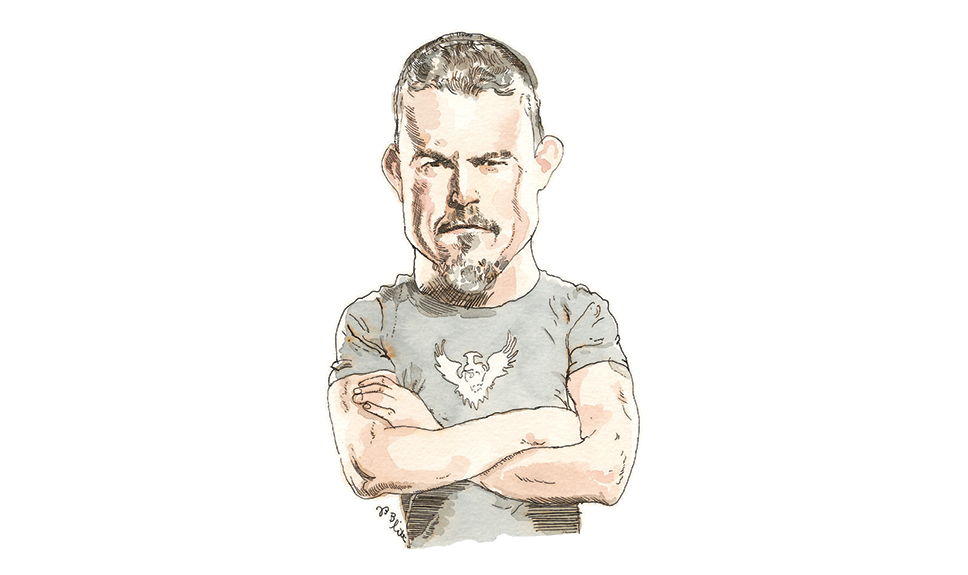 Seven years after the terrorist attack on the CIA compound in Benghazi, former U.S. Army Ranger and CIA security contractor Kris Paronto reflects on that fateful 13-hour standoff and the lessons learned.

“When you take a life, you are changed forever,” he says quietly.

Paronto was one of the six members of the U.S. CIA Annex Security Team (including Marines, Seals, and Rangers) that defended the compound on the night of September 11, 2012.

“There were only six of us, and you could tell from the gunfire that that there were a lot more of them,” he recalls. “We wanted to gain the initiative back, but were told to stand down twice. We were an experienced team and nobody lost their cool. We wanted to go over to help so we bucked orders and left as a cohesive team.”

Two members of that team lost their lives that night—Glen Doherty and Tyrone Woods—both former Navy SEALs. As a survivor of the Benghazi attack and many other missions during his ten-plus years deploying overseas as a Ranger, Paronto carries these experiences with him and offers insight and hope to others—most importantly, veterans.

Today, Paronto is a sought after speaker, founder of the 14th Hour Foundation, and author of two books, one of which became a major motion picture.

Paronto took the stage last month at “A Hero’s Salute,” a Heal Team 6 fundraiser to benefit Honor Flight of Lake County. Based in nearby North Chicago, the local nonprofit group flies American veterans to Washington D.C. to visit the memorials dedicated to honoring their service and the sacrifices made by their comrades in arms.

“I was happy to come speak to help ‘A Hero’s Salute’,” says Paronto. “I am careful to vet the organizations I support to understand how much of the funds raised are actually going to veterans.”

During Paronto’s appearance at Loyola’s Cuneo Mansion and Gardens in Vernon Hills, he spoke about the insight he gained over his years as a Ranger and a CIA contractor on numerous deployments, and how others can apply what he’s learned in teamwork and leadership situations. He also touched on the faith that guides him and his mission to help other veterans overcome PTSD and setbacks in life.

“I talked about the lessons learned by the mistakes we made in places like Iraq, Afghanistan, and Benghazi,” he says. “I also talk about leadership and faith. I have my own demons and PTSD, but I try to share with my audiences that I never give up, despite these burdens.”

To this end, Paronto says he is constantly in touch with fellow veterans, including men he has served alongside, to support them through their struggles.

“I’ve lost friends to suicide,” he says. “I feel that I am able to give the tough love when my friends need it, because I’ve fought my way out of it, and I know they can do the same thing.”

He also established the 14th Hour Foundation, which raises and distributes funds to veterans on a grant basis.

If there was one thing Paronto took away from the controversy in the wake of Benghazi,it was to hold fast to his own truth. For a time,he says, he and the surviving military contractors from that night got caught up unwittingly in the scramble to decipher events, assign blame, and take sides—most of it politically motivated.

“But they were calling us liars, and we wanted to tell the true story,”he says. So he and members of The Annex Security Team, consisting of the five surviving CIA contract operators who responded to the attack in Benghazi, co-wrote the book, 13 Hours: The Inside Account of What Really Happened in Benghazi, along with author Mitchell Zuckoff. The book was published by 3 Arts Entertainment, and not long after it was optioned for a movie. Directed by Michael Bay, Paronto was portrayed by Pablo Schreiber in the film 13 Hours: The Secret Soldiers Benghazi.

In 2017, Paronto released his second book, The Ranger Way: Living the Code On and Off the Battlefield. A self-improvement and survival guide, the book takes Paronto’s experiences from his Army training to instruct readers on how to be successful in their own lives by overcoming adversity.

“It’s a story about leadership and not quitting,” he explains. “That you can fail and still pick your- self up. I’ve had life changing experiences, seen friends die, taken lives when I had to. After living through things like that, the world opens up more and I don’t take things for granted. I appreciate life and being a family man.”

Paronto now lives that ethos every day with his wife, Tanya, and three children, ages 4, 11, and 15, in Omaha, Nebraska—soaking up time with them that he missed while he was deployed for so many months and years.

That, and he just released his next book, The Patriots Creed: Inspiration and Advice for Living a Heroic Life, on October 22. In the book, Paronto uses the seven core Army Values that all soldiers learn in basic combat training, and the experiences of other servicemen and women and first responders, to explain how anyone can improve themselves, the world around them, and live a heroic life.

“The odds were stacked against us that night but the truth is that we refused to quit and we beat them with faith, teamwork, and the principles that were first instilled in me when I joined the Army. You can find those in the Rangers Creed and the Army Values,” he says, “and you don’t have to be a Special Operations soldier to use them.”

Would he do it again, become a Ranger, knowing what he now knows?