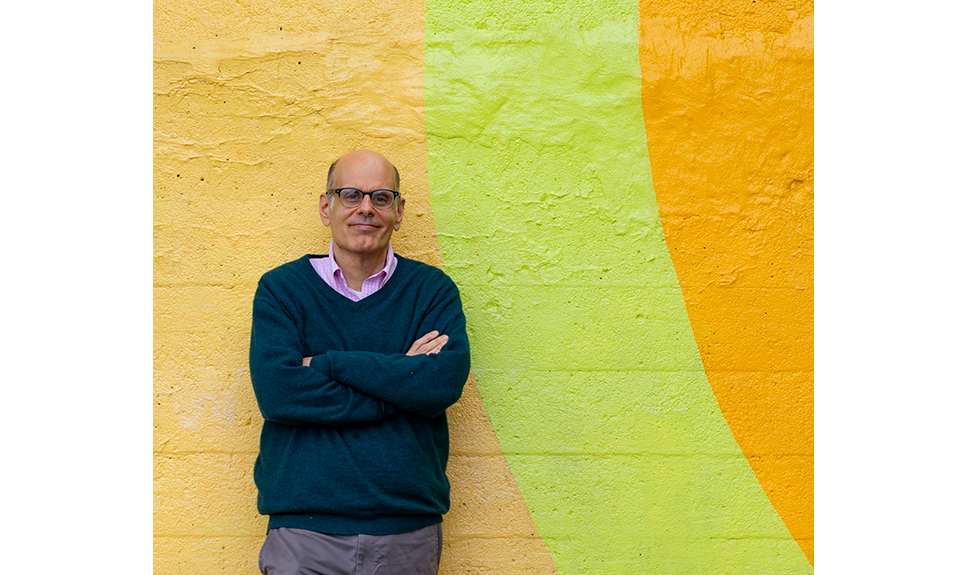 When Evanston-based comedian Jimmy Carrane tells a story, images bloom. Funny, poignant, sad, and then funny again, each picture pops up, to be replaced by the next.

We see a junior-high Jimmy standing at the counter of the 1970s-era Blann Pharmacy in Kenilworth, buying 100 Grand candy bars with house credit, then obsessing about his mother’s coming wrath about the purchase. There’s also third-grade Jimmy, furious at losing another Wiffle ball game to his brother, chasing him around the yard with the skinny, yellow bat. And adult Jimmy perching on a pew at his father’s funeral, determined to make a speech, as the priest and Winnetka Police tried to stop him.

“Before you can be funny, you need to be real,” says Carrane, one of Chicago’s longest standing improvisers and teachers. It’s a credo Jimmy lives by, making his work relatable, and true. Just now, that means telling tales of fatherhood in “World’s Greatest Dad,” his show running Saturday nights through November at Judy’s Beat Lounge in Chicago.

“When I was studying with Del Close at the Improv Olympic (now called the IO) in the ’80s, the thing that I connected with the most was his belief in truth in comedy,” says Carrane. “Del showed us that you could go on stage and tell a story without embellishing it and you could get laughs. He really believed in slowing the comedy down. Making it more realistic. And I started doing all of that.” 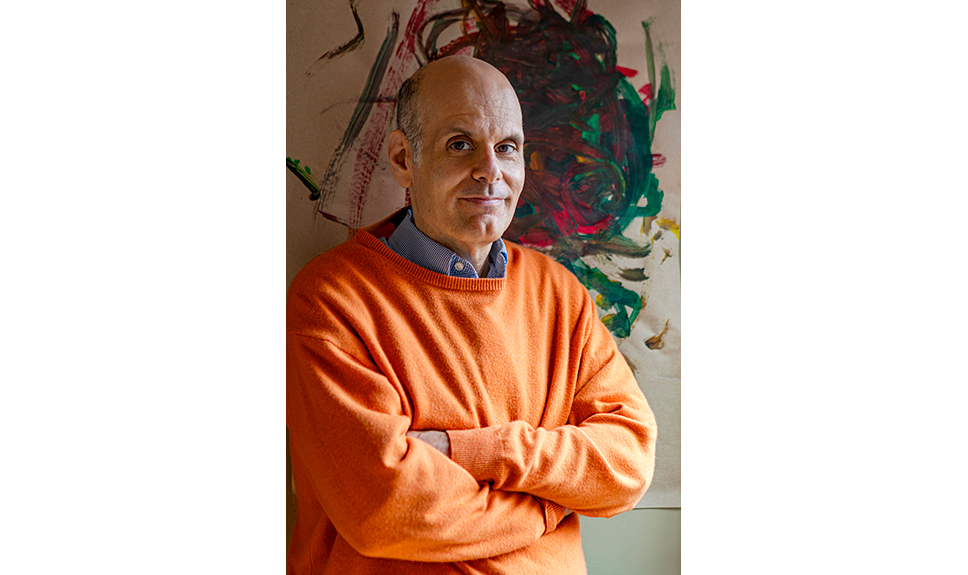 Close’s impact, along with that of Martin DeMaat, a giant in Chicago’s comedy cosmos who taught Jimmy at Columbia College, helped shape Carrane’s early years in improv. They also helped lay the groundwork for “The Art of Slow Comedy” classes Carrane has taught for decades, at The Second City, IO, Green Shirt Studio, and his own workshops.

“I took my first class at Second City when I was 19,” Carrane remembers, “and there was no turning back. I performed with people like Chris Farley, Mike Myers, Rachel Dratch, and Andy Richter. Adam McKay and Jon Favreau were at the IO the same time I was as well. And there were so many others. The ’80s and early ’90s was just a such a cool time to be part of it.”

But Carrane came to comedy much earlier than that first class.

“Even at a young age, I was a comedy snob,” he says. “I would watch M*A*S*H, The Bob Newhart Show, The Mary Tyler Moore Show, and Saturday Night Live. I knew what was good, what I liked, and when somebody was going for cheap laughs. I did improv before I knew that was what I was doing. I hated people just telling jokes. I thought they were really canned.”

As a kid, Carrane used comedy to blunt the ridicule he got for being heavy. “I was a fat kid—300 pounds when I graduated New Trier. And I grew up on the east side of Kenilworth, the land of the beautiful people. I never felt like I fit in.”

“I had an interesting relationship with Kenilworth,” he continues. “There are some nice memories. We had a really big backyard, about a quarter of an acre. And during the spring and summer, we would play Wiffle ball from morning to night. Our house was the house where all the kids would play. But outside of Kenilworth, when you told people you lived there, people assumed you were really wealthy,” he remembers. “And I had a lot of shame about that.”

As well, growing up in a household where showing emotion was discouraged, Carrane learned to bury sadness and anger, resorting to sarcasm as a sneaky way to express himself. “It was anger, but passive-aggressive,” he says. “I could use sarcasm at home without getting busted for being angry. But emotions are so important to artists. Because that’s where creativity lives. And if you start shutting that down, it’s like taking our paints away.”

So, coming to improv, “was mind-blowing,” says Carrane. “This whole idea of playing and being free to express. I loved it immediately. Everything I had been punished for up until that point—being a smart (alek) at school and at home—now I was being rewarded for. I found like-minded people—my people, and it was awesome.”

Carrane trained at both The Second City and IO, and was one of the earliest members of the Annoyance Theatre. There, he had the opportunity to do his first one-man show, a personal narrative called, I’m 27, I Still Live at Home, and I Sell Office Supplies, which ran for 1 1⁄2 years, and got a lot of positive press and reviews. The acclaim brought Jimmy an agent, leading to roles in film and television. Later he landed a long-running job interviewing celebrities on Chicago Public Radio, started a podcast “Improv Nerd” (where he interviews improv comedy legends), and co-wrote “Improvising Better: A Guide for the Working Improviser” with Liz Allen. 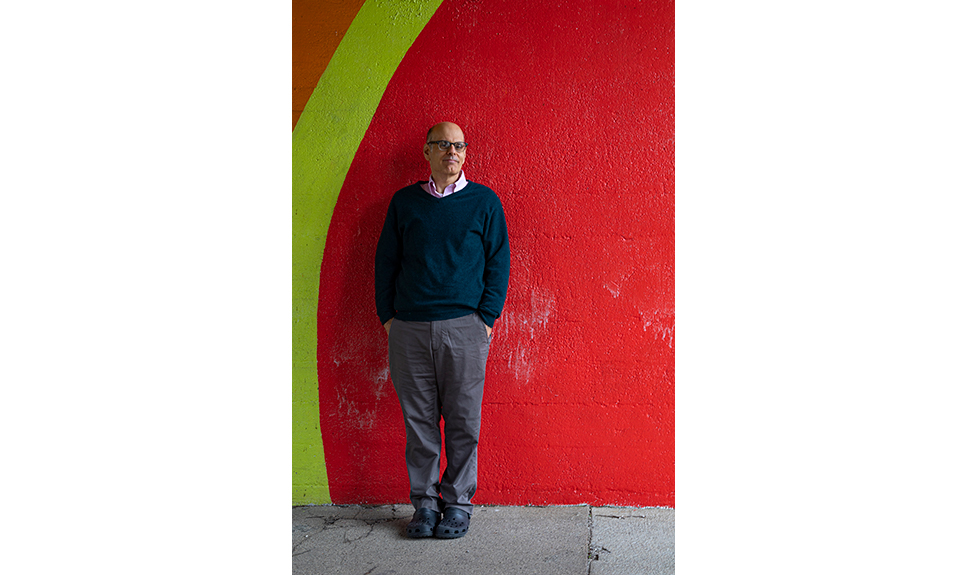 Despite the growing popularity of improv, Carrane and his comedy cohorts still face some general public confusion about what it is.“Alot of people still don’t know that there’s a difference between stand-up or sketch comedy, and improv. With stand-up and sketch, it’s scripted. With improv, you are making it up as you go along. You get up on stage and you don’t know what you are going to say to your partner, what character you are going to play, where the scenes are going to go. There’s no script in this at all. It’s like jazz is to pop music.”

To face down the challenge of seeing so many of his associates vaulted to fame, while Carrane wondered, “What about me? I’m talented. Shouldn’t I be next?” along with anger issues from childhood, he started group therapy. And that’s what lead him to ultimately getting married, having a daughter, and finding more happiness—all of which inspired his new one-person show.

For now, Carrane is very much focused on raising his daughter, teaching, performing and being a better listener.

“There is no better tool out there to improve your listening skills than improv. Listening, really listening, is something I’m constantly working on. Everybody wants to be listened to. We could all do such a better job at it.”

Currane is currently performing two shows at Judy’s Beat Lounge. His “The World’s Greatest Dad” show is running at 7:30 p.m. on Saturdays through Nov. 30, and his improv show, “Jimmy and Johnny,” with John Hildreth and a third special guest, happens at 8 p.m. on the first Sunday of the month.

For more information about Carrane and his classes, visit jimmycarrane.com.