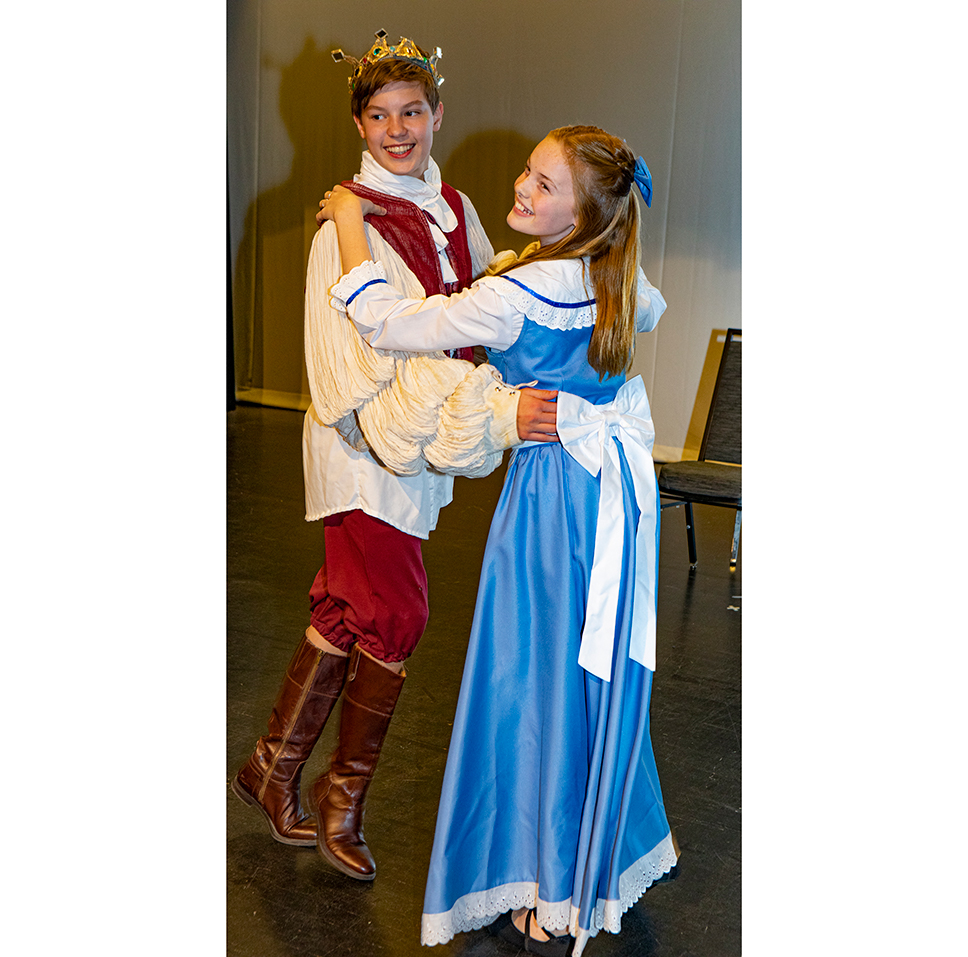 Matthew Williamson as the prince and Olivia Ratke as Belle. PHOTOGRAPHY BY MONICA KASS ROGERS

By 4:05 p.m. on a chilly Thursday afternoon and the Winnetka Community House’s Matz Auditorium has filled with the cast for Children’s Theatre of Winnetka’s (CTW ) upcoming production of Beauty and the Beast.

Eighty children perched on folding chairs chatter, waiting for the play rehearsal to begin. On stage, costumed lead characters practice bits of choreography. Gaston tosses his sidekick LeFou stage left, a move that looks suspiciously like one the grinning twosome might execute on their own in junior high hallways.

Upstage, the handsome prince twirls beaming Belle in circles—her long hair flying out behind. And stage right, a very teapot-ly Mrs. Potts practices lines with clock-man Cogsworth, who today seems to be missing his wind-up key.

All of this is in motion until the small, blonde figure of co-director Cathy Hirschmann stands up in front of the assembly and calls things to order, efficiently launching yet another rehearsal.

Efficiency comes easily for Hirschmann, who has spent most of her life working with children’s theater. Next week’s production of Beauty and the Beast will be Hirschmann’s 25th show with CTW—a milestone that she says came in a flash. 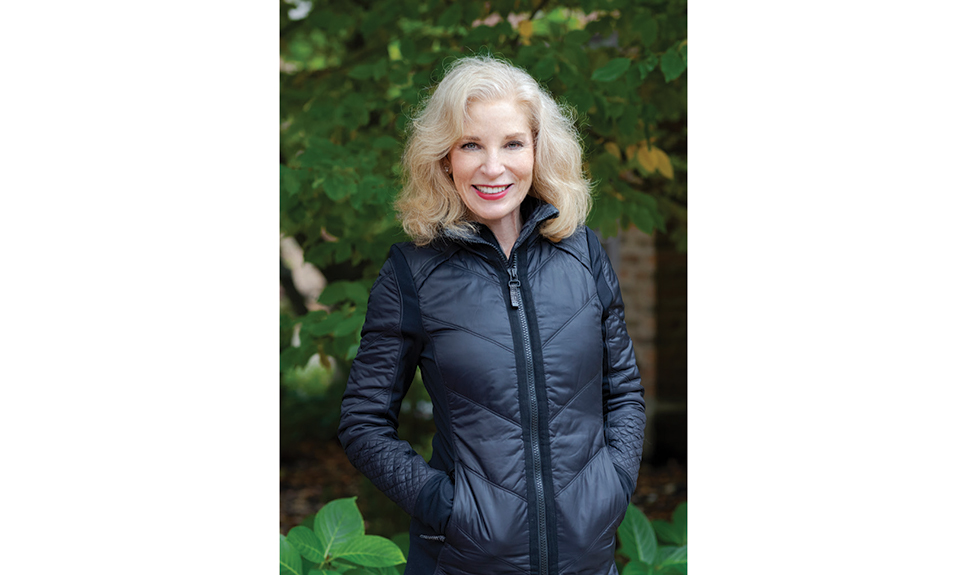 “The years doing this have gone by so quickly,” says Hirschmann, taking a short break to think back on the progression. “And I’ve loved every minute.”

Hirschmann came to CTW after helping with the “Main Show” for the Winnetka’s Children’s Fair. She first served as choreographer for The Wiz, and then, stepped up to become director of CTW’s fall show, a position she never left. Each show is put together within a 12-week window, with rehearsals three times a week, plus meetings—all time and effort that Hirschmann has volunteered without pay, for the duration.

“Each show we’ve done has its memorable moments for me,” she says. “Peter Pan was a high- light, because of the dancing. It was very difficult choreography, but the kids did it so well, they just amazed me. And Mary Poppins! That was one of the best shows we ever did. Fiddler on the Roof was special to me because I’m Jewish and leading the kids through that production gave me the opportunity to bring in the culture behind the story— to introduce the kids to meaningful Jewish traditions that many of them were unfamiliar with.”

Hirschmann’s life in theater started at a very young age. “My mother took me to a children’s play when I was about 4 years old. I don’t remember the name of it, but I was completely hooked!” she remembers.“The show had gypsies that came dancing and singing up the aisles, and I said, ‘Oh my God, this is the best thing in the world!’ So I just jumped in and started doing plays.”

Her first role was Winnie the Pooh, complete with a costume her mother crafted out of brown paper grocery bags. “I was 5, at summer camp,” laughs Hirschmann, “and that costume was just the best!”

She started studying jazz dance when she was 12, spending hours choreographing little numbers she’d perform in her family’s basement for her dogs and cats. Growing up in Skokie, Hirschmann says there wasn’t a lot of theater in the area: “So I asked my mom if she would take me down to the city so that I could perform with the Tom Thumb Players, a well-known children’s theater troupe at the time.” 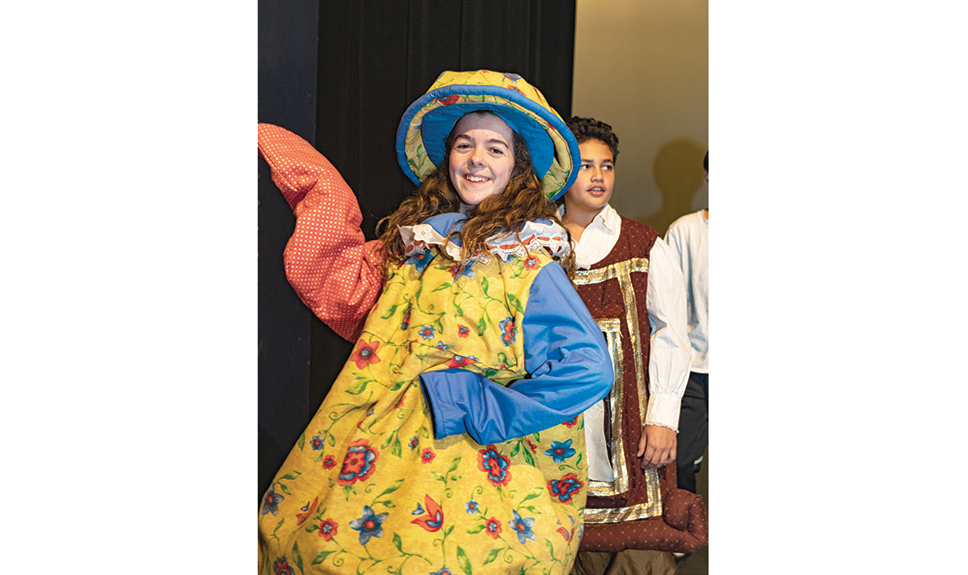 Katherine Kline as Mrs. Potts in Beauty and the Beast at the Children’s Theatre of Winnetka. PHOTOGRAPHY BY MONICA KASS ROGERS

“We put on so many shows,” she says, “I was in The Music Man, and I was Lola in Damn Yankees. I just loved being another character and getting up on stage.”

Hirschmann got a BA in Theatre at Drake University, acting in productions throughout college. “I liked all of it,” she says, “but the experience I enjoyed more than anything else was touring in a children’s show that one of my professors wrote. I played a doll that came to life. We went from school to school, and after each show, the kids would come up and we would talk. It was fabulous.”

Straight out of school, Hirschmann auditioned for Drury Lane Theatre. When an actress that had been cast as Jasmine in a children’s production of

Aladdin dropped out, Hirschmann had the chance to prove her mettle. “The director called and said, “OK, you’ve got 24 hours to learn the part,” she recalls. Hirschmann did it, delivered a shining performance and earned her Equity acting card. She continued on in more Drury Lane productions.

After a segue to a position running the live division of David and Lee Modeling Agency, (coaching models for runway appearances,) Hirschmann focused on raising her children. When CTW came calling, Hirschmann came full-circle back to her first-love: children’s theater.

Among the CTW achievements of which Hirschmann is most proud, convincing Toby Nicholson to work alongside her, is a big one. Nicholson, who was New Trier Township High School’s dance and drama instructor, director, and choreographer for 30 years, agreed to join Hirschmann as co-director and choreographer of the fall shows, 19 years ago.

Together, says Hirschmann, “Toby and I have worked very hard to raise the bar on the level of professionalism and quality of each show. From the beginning of our collaboration, we started double-casting all of the roles, including the ensemble. And when possible, we started using the Broadway choreography.”

“I think it’s really important not to talk down to children.” Hirschmann explains. 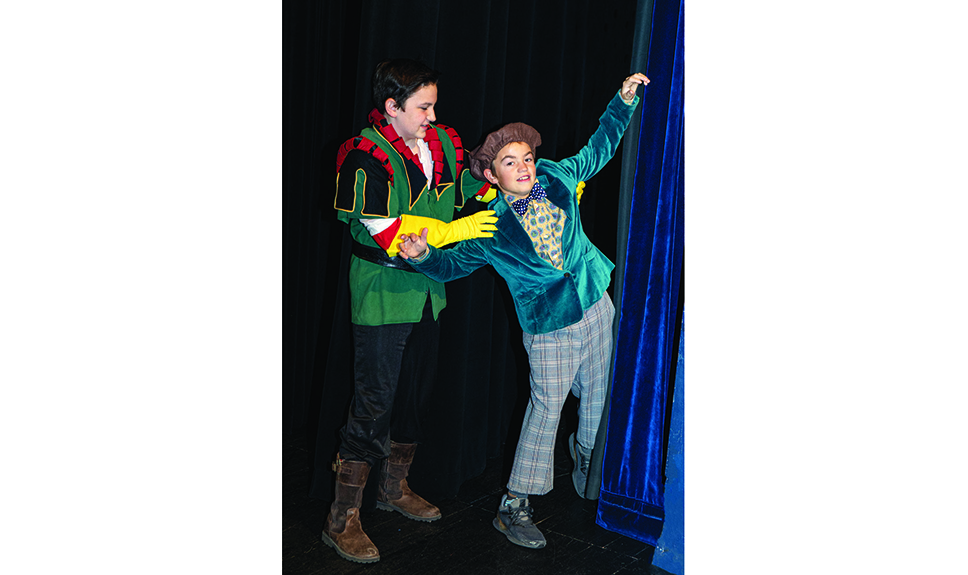 “To expect them to respect each other, the production, and the process. I keep the bar very high for them. And even though it’s hard—the choreography can be difficult and learning the role can be a struggle— that’s OK, because the children rise to the challenge. And there is nothing more rewarding than seeing the joy they feel when they have worked hard and then put on a great show.”

But above all, Hirschmann concludes, children’s theater keeps magic alive.

“When I was a child and saw my first production, it was real to me. Gypsies were real. Pirates were real. Fairies were real. Every time I was in a play I could be in that magical world. The reason I love doing children’s theater today, is that I can now give all these children the chance to be in that imaginary place.To live the fantasy of being another character in another world.”

This year’s production of Beauty and the Beast is dedicated to Catherine Hayes, a former CTW cast member who lost her battle to liver cancer.

The show opens at 7 p.m. Thursday,