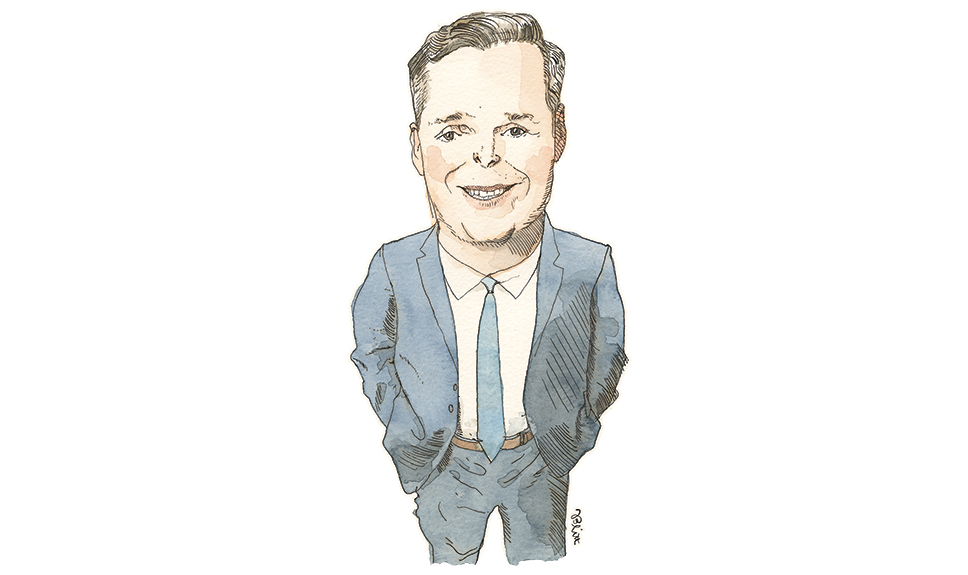 Drawn-out songs. Ditties, too. And all lengths of tunes in between.
“They say you should never judge a song by its length,” the 46-year-old Kenilworth resident says. “You should judge it by its content. A song can be short, but that song’s content can also be phenomenal.”

Martin— a peacetime and wartime Navy SEAL from 1996-2006—is talking metaphorically. The short “song” was the life of good friend Erik Kristensen, a SEAL Team quick-reaction force (QRF) lieutenant commander who was only 33 years old when he was killed in Afghanistan during an attempted rescue of fellow SEALs in 2005.

Kristensen had boarded a Chinook helicopter with several other Navy SEAL personnel and headed to the location of a distress call without gunship escort.

“He did not have to be on that helicopter,” Martin says, adding Eric Bana portrayed Kristensen in the 2013 movie Lone Survivor. “But he felt strongly about accompanying his men on that mission. His story is a powerful one. Erik was a huge success as a SEAL because of his passion. He was also a Renaissance man. He was a poet, a scholar, an athlete, a natural leader.”

Martin, along with Chicago-based commercial real estate broker Michael Marrion, will serve as a co-host at the Second Annual Kristensen Boxing Smoker Benefit in January at Palmer House Hilton in Chicago. The goal is to raise funds to endow a Saint Ignatius College Prep scholarship that will benefit the sons and daughters of active duty military and Chicago Fire Department and Chicago Police Department personnel, as well as those who have lost a parent in the line of duty.

“Erik’s parents told me to get in touch with Michael Marrion,” says Martin, who has five children (ages 3-9) with his wife, Leslie, a co-principal with her sister Kimberly Meardon at M + M Design in Kenilworth. “Michael and I tossed around ideas for a fundraiser. We didn’t want to do a golf fundraiser; too many organizations hold one of those, right? I wanted to put together something unique, and I’ve always loved the Navy boxing program.

“How often,” he adds, “do people get to see live boxing?”

But the event won’t be all about pugilists and the people in their corner; so much of it will be about people supporting the promising futures of students who are children of first responders and military servicemen and servicewomen.

“Kids of first responders and military personnel don’t choose to be that,” says Martin, vice chairman of the board of the Navy SEAL Foundation.“We want to be there for them, and we want to provide the means to a classic education for them.”

A recent graduate then invited Martin for a tour of the academy in his dark green Corvette. “I’m sitting in his car, and I saw plebes that day,” Martin recalls. “They looked like robots. I remember thinking, ‘I have nothing in common with them. That’s not me.’”

One conversation led to another in Annapolis, Maryland, before Martin asked his tour guide, “What was your time like here?”

The ensign replied, “Best experience of my life.”

They talked some more. Martin had changed his tune about the U.S. Naval Academy by the time he exited the car. “What struck me about him was his confidence,” Martins says. “He was the most confident guy I’d ever met. My mom was staying at the Georgetown Inn during my time in Annapolis. The first thing I said to her when I saw her was, ‘Mom, I’m going to the Navy.’”

As a Navy SEAL, Martin served overseas five times, with each tour lasting between six and eight months.

“I stressed my mom out during my tenure with the SEALs,” says Martin, founder of Herndon Capital. “You know what helped her get though some of the tough times? She’d remind herself, ‘He’s with his family— his SEALs family. He’ll be OK.’ ”

“Our date lasted 12 hours,” Martin says. “I took Leslie to Brother Rice. I showed her the church where I was baptized. We went to a casino in Birmingham.

“I just tried to make her smile.”

These days, Martin is a “three-sport varsity man,” committing himself to family, professional work, and community service. His favorite reminder to his children is about making sure their giving always exceeds their taking.

“If everybody adhered to that,” Martin says, “think how incredible our world would be.”

The rewards of fatherhood?
Too many to list here.
But there’s one that warms Martin’s big heart to a kiln-on-high-setting level.

“When one of my kids shows empathy for others, that’s a parent’s greatest reward,” Martin says.

The Second Annual Kristensen Boxing Smoker will be held January 25, 2020, at Palmer House Hilton in Chicago, 17 East Monroe Street, 6-11 p.m. The event will include a VIP cocktail hour, a sit-down dinner, live auction, and paddle raise. It will culminate with eight rounds of world class amateur boxing between Chicago Golden Gloves champs and the U.S. Naval Academy Boxing Team. For more information about the event, including sponsorship opportunities, purchasing tickets, and/or tables, contact [email protected] monikabproductions.com.