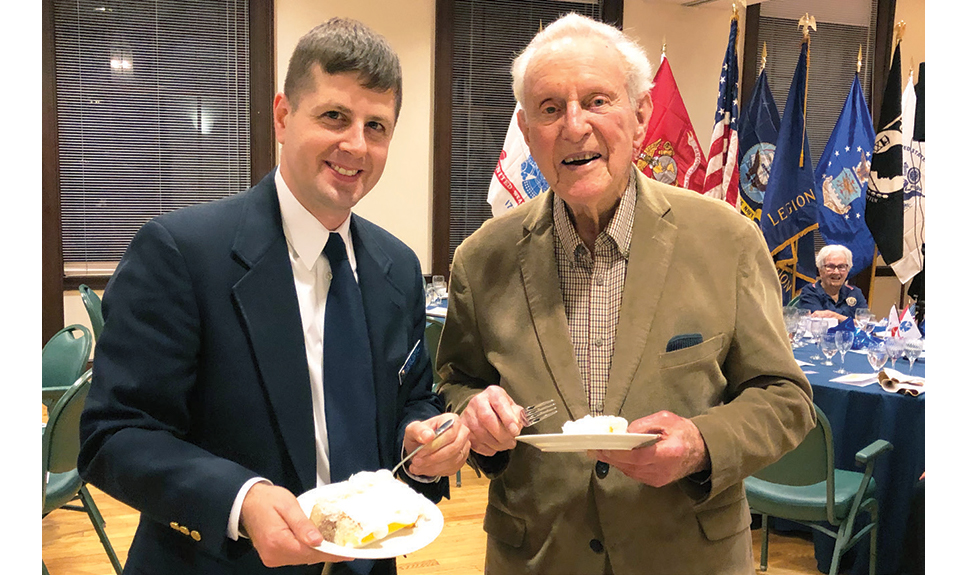 In March 1919, in the months after World War I had ended—claiming the lives of more than 100,000 American soldiers—delegates from combat and service units of the American Expeditionary Force were granted a charter in Paris to form what would become the American Legion. 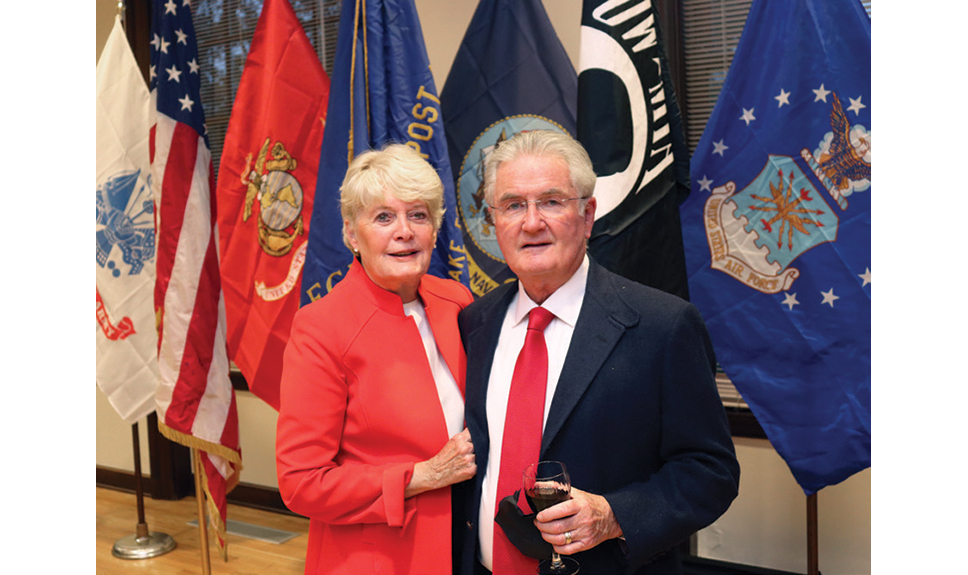 Judy and F.L. Kirby were among more than 70 people who attended the event.

The goal was to care for sick and disabled veterans, establishing hospitals and other services that later extended to veterans of later wars. While the concept was new, Lake Forest was one of the first American cities to open a local post in October 1919 to serve the needs of its returning war veterans. 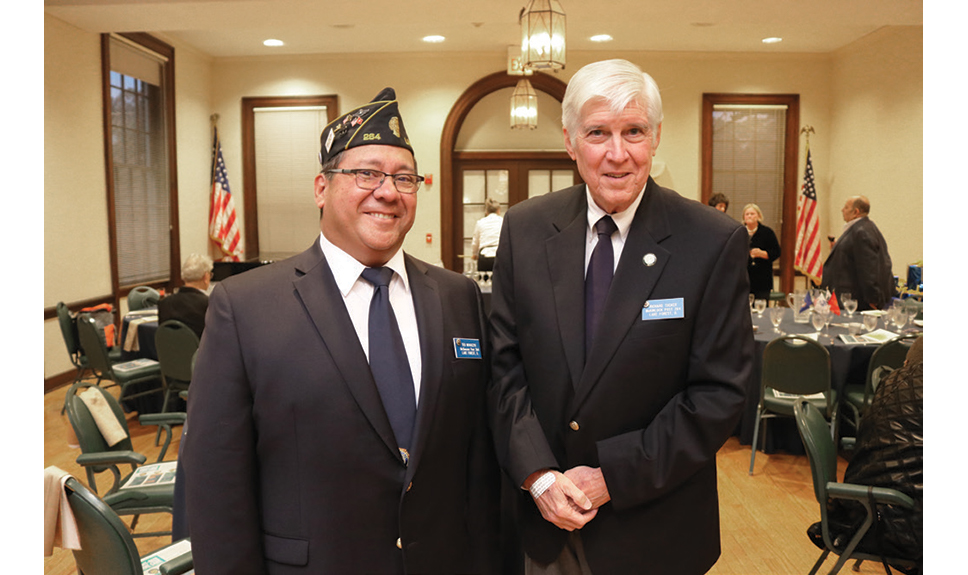 American Legion Post 264 was named in honor of Lt. George Alexander McKinlock Jr., a Lake Forest native and among of the first 16 Lake Forest residents to be killed in action on the battlefield. McKinlock, who was with a machine gun group in France, had graduated from Harvard University in 1916. He was admitted to the First Officer’s Training Camp at Fort Sheridan, where he was commissioned as a lieutenant in the U. S. Army. He was killed two years later in the battle of Cantigny, though his body wasn’t recovered by his mother until 1921. 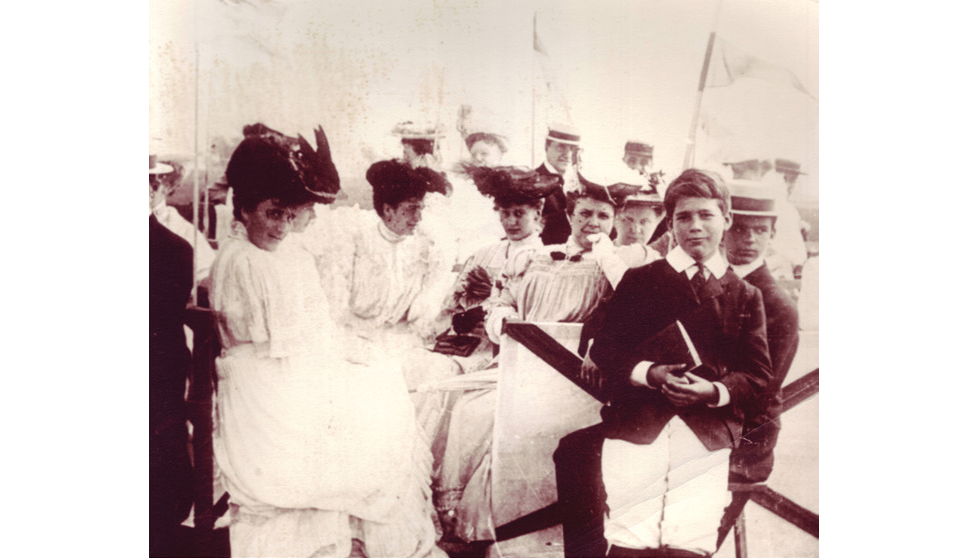 The post was named for Lt. George Alexander McKinlock Jr., who was killed in the Aisne-Marne battle in France. He is shown here as a young man at the Onwenstia Club Horse Show around 1908 with Edison Dick, right, and Edward L. Ryerson, rear in straw hat.

His legacy, and the legacy of those who came in the wars after, was honored last month as American Legion Post 264 held its 100th anniversary dinner.

“The significance of this event is especially important in contrast to what has happened to other American Legion Posts in this area of Lake County,” says Gilman Clark, longtime legionnaire in Post 264. “The American Legion Building in Waukegan was razed some years ago as membership diminished and the current post is a shadow of its old self without a permanent home. Twenty years ago, Highland Park held weekly bingo nights in its building on Sheridan Road. However, as membership declined their building was sold and has been a community arts center for quite some time.” 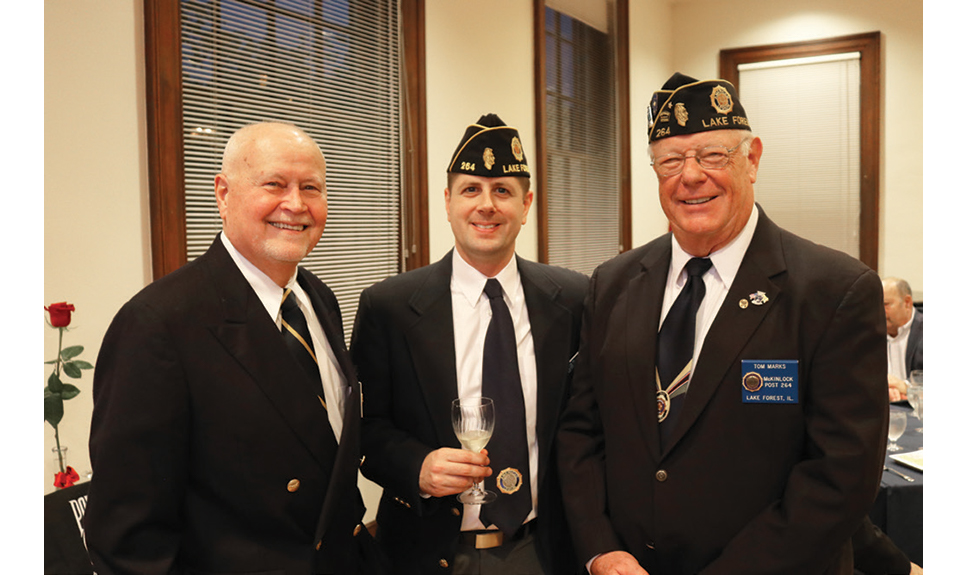 Another local group, Post 510 in Lake Bluff, once hosted the famous Fourth of July parade in that village. Today, a community group handles the parade and Post 510 officially deactivated last year due to declining membership.

“Fortunately, our Post 264 has received several new members who were in the Lake Bluff Post who want to continue active membership,” adds Clark. “Possibly the reason Post 264 continues as a strong and viable post is its involvement in many veteran and community support functions, especially programs related to the youth population. Our biggest effort by far is sponsoring Lake Forest Day the past 98 years, which includes both post members and community volunteers.” 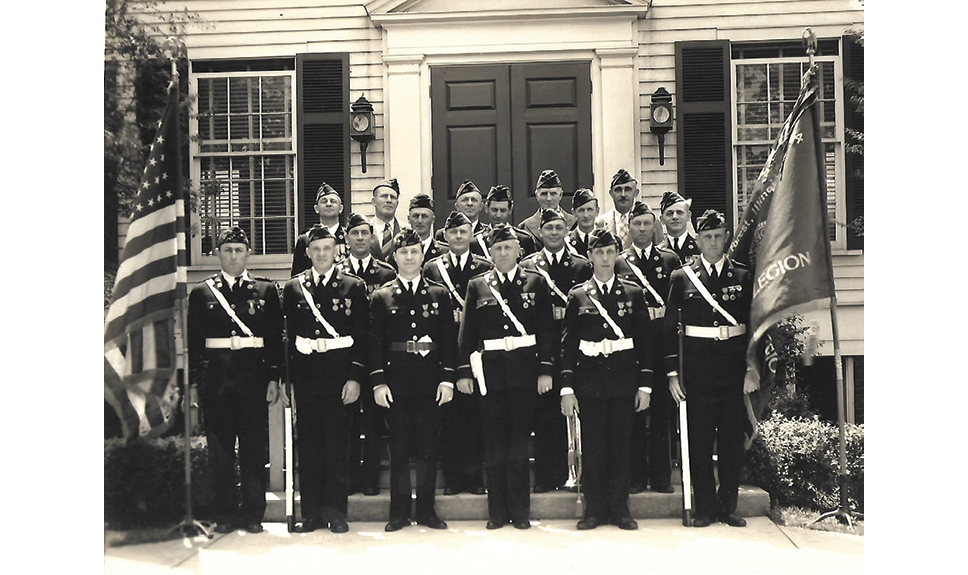 Legionnaires in a photo from the archives of Lake Forest’s American Legion Post 264.

The mission of the Lake Forest McKinlock Post 264 remains the same today as it was when it was founded 100 years ago—to promote loyalty “to Country and Patriotism, not only in times of conflict, but in times of peace, as well as to teach respect for our Nation’s Flag.”

Clark and fellow Post 264 member Ted Novaczyk say they were pleased with the turnout at last month’s dinner, and invite others to join them in their work to assist veterans, support community youth, and promote patriotism—especially as we approach another national holiday to honor American veterans.

For more information or to show your support for this historic group of American heroes, visit americanlegionlakeforest.org.