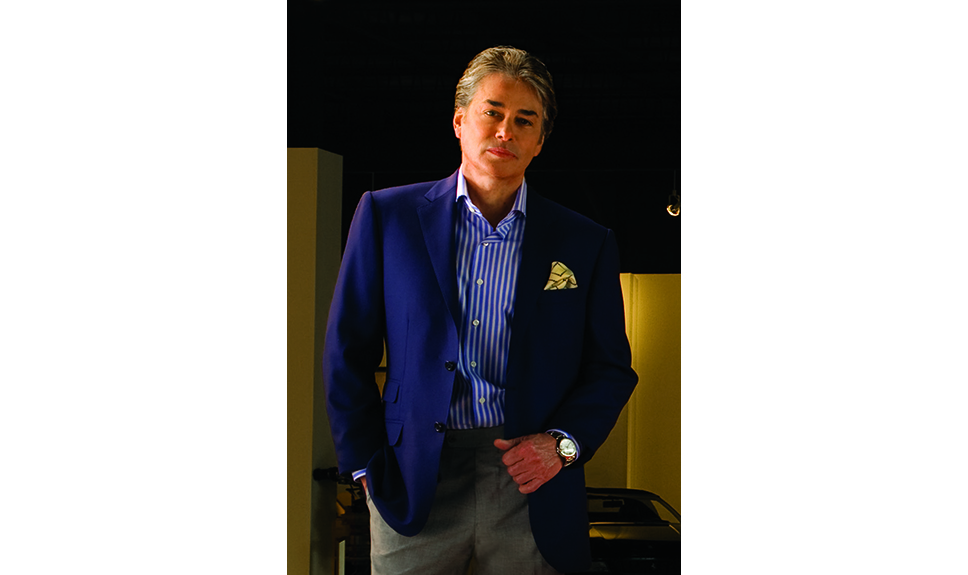 When Dr. Steven Bloch was a college student, a bout with acute appendicitis inadvertently changed his life.

“I was not the best patient,” says Dr. Bloch, founder of Body by Bloch and Skin Deep Medical Spa. “In the middle of the night, based on my vital signs, the surgeon showed up and basically said ‘I’m doing this because I’m not going to be responsible if we don’t’.”

The surgeon’s confidence and dedication to his profession was not only impressive, but inspiring. Though he’d been considering a career as an architect, Dr. Bloch’s experience as a surgery patient was profound enough to cause him to switch his major to pre-med.

“After that, I knew I wanted to be a doctor,” he explains. “In plastic surgery, there are two branches—the aesthetic and the reconstructive.”

As a student of architecture, he already had the aesthetic sensibilities, something he says “can’t really be taught.”

“It’s a matter of gauging proportions and creating a line that’s pleasing to the eye. The study of plastic surgery is recognizing that line and applying the technology to achieve it,” says Dr. Bloch, who did residencies in surgery and plastic surgery at the University of Wisconsin at Madison, where he was chief resident in plastic surgery. He also did a medical internship at Northwestern Memorial Hospital.

Today, Dr. Bloch is on the staff of North Shore Medical Center and performs surgery there and at his state of the art private facility in Highland Park. With a new decade on the horizon and revolutionary new procedures being reported every day, we reached out to Dr. Bloch to get his take on the state of the industry.

Here’s what our local expert had to say:

That it involves plastic, because it doesn’t. Plastic comes from the Greek word plastikos which means to mold or shape. So, some patients are afraid that they’re going to look fake.The truth is that the art of plastic surgery lies in taking a technical skill and elevating it to an artistic level. I’m creating some- thing that looks natural, like it’s in- tended to be. I strive to enhance the patient’s natural beauty—to enhance,not to change their looks. Two other myths are that I can make anyone look any way they want (which is not true) and that there will be no scar. There is always a scar.

What trends in this field have you seen emerge?

It’s become more mainstream. At one time, it was the exclusive purview of the wealthy. Now it’s available and accessible around the world. Technology has also improved, which allows us to take less invasive measures. Let’s say you want to tighten skin. As people age, they lose skin tone and elasticity and we’d all like to have that magic wand to make skin tighter. In the past, we used to cut out that excess skin. Now, though it won’t work on severe cases, we can produce skin tightening results by promoting collagen and elastin from the non-invasive infrared, ultrasound, or minimally invasive measures. It’s become a popular field, so there are wannabes or non-plastic surgeons. I advise patients to check the credentials of whomever they’re going to.

What’s the most important pre-surgery procedure?

Examining the medical background in terms of age and history of medical care. I’m a doctor first. I want to make sure that it’s safe. We have a detailed medical questionnaire and exam procedure.

Do you see alignment with those against body shaming?

I don’t believe it’s my job to talk someone into having plastic surgery. But I think people should respect someone who wants to have plastic surgery. There should not be tyranny on either side. At the end of the day, it’s a wonderful thing to feel comfortable in your own skin—and frankly, feeling comfortable naked is liberating.

Have you ever talked a patient out of having plastic surgery?

I turn down a fair number of patients if I think it just isn’t going to work the way they want, or if the patient is totally unrealistic about what can be achieved. For example, liposuction, which I do a lot of, is intended to be a body shaping procedure. It’s not intended for weight loss. So, based on what the patient wants, I often advise the patient to lose weight first.

I had this one patient who’s lost about 140 pounds on her own. She was only in her 20s. Her skin was hanging, so I did multiple operations to remove the excess skin. On one of the last operations, I happened to turn her over on the operating table and I noticed that there was a suspicious mole that I hadn’t noticed before. I decided to remove it, and it turned out to be a melanoma. She thanked me afterwards. A couple of years later, she brought her fiancé to meet me. She said ‘I wouldn’t be here had you not noticed that mole and removed it’. She’s since maintained her weight loss and had a couple of kids. So, basically she met the man of her dreams, had kids, and has lived a happy life. Twenty years later, she told me that the operation and her efforts totally changed the direction of her life.

What’s the most commonly requested procedure?

It depends on the time of year. Liposuction is one of the most common but I also do a lot of nose jobs, facelifts, breast contouring, and tummy tucks. Women may want to have breast augmentation, usually before summer. Facelifts are requested by aging Baby Boomers. If a patient wants to maintain a youthful appearance, they can start earlier with non-invasive treatments. My goal is to put off the time that a patient has their first facelift by doing non-invasive and anti-aging treat- ments. Once they have a facelift, I continue with non-invasive treatments to maintain the look. Then, rather than having multiple facelifts and looking strange, maybe they will only need one or two but always look fabulous and ageless.

Can you give an example of a man whose life was improved by plastic surgery?

I’ve had a lot of male patients. One of the more common complaints is an excess of breast tissue. Let’s say the boy’s in high school. He doesn’t want to take his shirt off, he doesn’t want to be intimate, and afterward, the boys’ parents tell me ‘you have no idea how you’ve changed my kid’s life’. The kids get comfortable being naked. The male patient who might not like his appearance often can’t even look at me. Then, I do surgery and he looks at me and smiles. They’re so self-conscious, it literally affects their very being. Plastic surgery gives them the confidence to engage with the world.