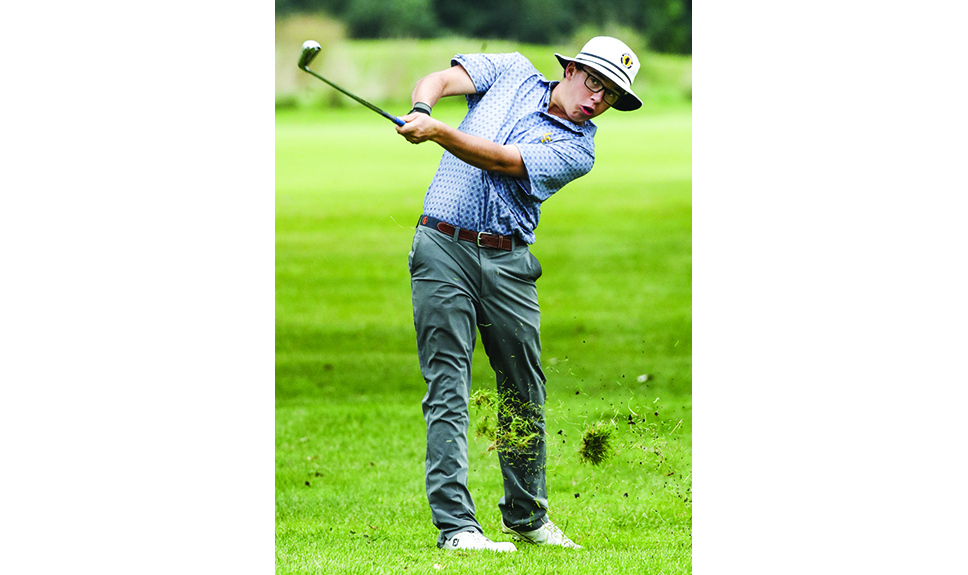 Bigger news than that on October 19?

Lake Forest High School catapulted from there to claim the fifth state championship in program history and fourth under head coach Jim Matheson. The Scouts, who trailed Glenbrook North High School’s Spartans by 10 strokes after Round 1 October 18, won the tournament by an impressive eight strokes with a 601 total.

“We knew we’d be fine after the first round,” says Moorhead, who was better than fine by taking runner-up honors with a 3-under-par 141 (72-69), one stroke behind medalist Ben Sluzas (71-69) of Lockport Township High School.

“Our game plan,” last year’s ninth-place finisher at state adds, “was to simplify things, play our game. And have each guy pick up two stokes on his Glenbrook North counterpart. We all played with the mindset, ‘This is gettable.’ ”

LFHS junior Flynn Bradley chipped in for an eagle on the par-4 15th hole en route to a 75. He ended up tying sophomore teammate Jack Marshall for 20th place in the individual standings with a 79-75; Marshall shot 78-76.

“Flynn’s eagle,” Moorhead says, “was clutch. That sealed it for us, big-time.”

Moorhead’s iron play was sharp all weekend. He carded nine birdies in 36 holes and deserved every calorie of his post-tourney feast at a downstate Portillo’s: cheeseburger, fries, chocolate milkshake.

“We ate and talked about our golf shots,” Moorhead says. “Our coach, such a great coach, was super pumped.”

The school plans to honor the state champion Scouts at halftime of the home football game against Stevenson High School October 25.

The Ramblers, who had captured the Eisenhower Invitational title at Hickory Point on September 21, toured the same course October 18-19 and finished in third place (636) at the Class 2A state tournament.

“We could see our potential at the Eisenhower Invite, and momentum pushed us from there,” third-year Loyola Academy coach Carli McKenney recalls. “They stayed focused at state, took it one shot at a time, and never got ahead of themselves.”

Kryscio, the club’s top finisher at the Hoffman Estates Sectional on October 14, sandwiched birdies around a double-bogey on the back 9 of her second round at state. She carded a team-best four birdies in the final round of her prep career.

“Grace came on strong for us at the end of the season,” McKenney says. “She’s a solid all-around player.”

O’Brien also emerged as an integral Rambler in the last three weeks, contributing steady rounds as the team’s No. 4 scorer. Her 81 in Round 2 at state helped Loyola Academy hold off fourth-place finisher Lincoln-Way Central High School (641) for the third-place prize— Loyola Academy’s first top-three state finish since the program earned its third straight runner-up trophy in 2015.

“Cate’s scores were important, and Mary Boesen was a rock for us all season,” says McKenney, a former golfer at Carmel Catholic High School and the University of Wisconsin-Madison.

Par for the course, off the courses, for McKenney’s crew all fall?

“The girls truly liked being around each other,” the coach says. “They loved the high school golf experience. I’ll never forget the van rides to our meets, with music blaring, the girls singing, and the girls getting pumped up to compete.”