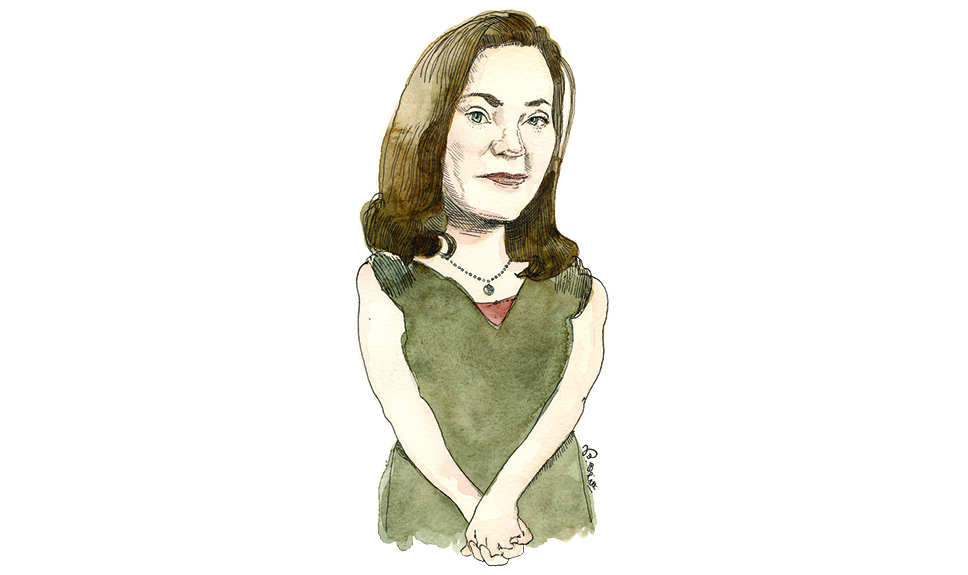 Ever had the urge to place a bunch of orange traffic cones in a high school hallway and observe your peers’ reactions to them?

Suzanne Clores, along with several of her friends at Leonia High School in New Jersey, had—and acted on it—decades ago.

“We’d do crazy experiments,” Clores, 48, recalls from her seat on a park bench in her hometown of Evanston.“We had a lot of freedom at the school. It was a small school, with maybe 105 students in my class, in a small town located about three miles from Manhattan. My friends were creative; we all did theater.

Clores invites us on a November 7 journey to the Colvin House mansion in Chicago’s Edgewater neighborhood. It’s where a unique event will be staged by The Extraordinary Project—founded by Clores in late 2017—celebrating the questions we have about intuition, psychic phenomena, and other peculiar incidents that strike us, change us, and guide us to see the invisible threads connecting our lives—even if they can’t be explained by contemporary science.

“The event is a launch party for the second season of The Extraordinary Project’s podcast series,” Clores says. “It explores
the concept of past lives and the spirit realm. We’re encouraging people to wear costumes in the style of Victorian-era England, when spiritualist séances were in full fashion.”

The clever Clores dubbed the party “Come As You Were.”

“I haven’t picked out my outfit yet,” says Clores, also a writer, university instructor, parent, and spouse. “You should start thinking about what you’re going to wear.”

Clores’ fascination with other realms— “mystical realms,” she clarifies—took off when she took the course Enchanted Imagination at Columbia University in New York. The students read books by William Blake, J.R.R. Tolkien, Mary Shelley, and others.

“The professor was excited every day in class,” says Clores, who earned her MFA in fiction at the University of Arizona and has taught literature classes at Northwestern University and National Louis University.“He was so into the books. To him, the earth turned on these books.

“Did you know the story about how Mary Shelley wrote Frankenstein?” she adds. “Supposedly she wrote it in one night, after imagining the most horrifying abuse of power. It’s also about abandonment and loss— probably influenced by the time when invisible things, like electricity, were being discovered.”

Clores’ book, Memoirs of a Spiritual Outsider was published in 2000. It’s a memoir and ethnography of alternate spiritual practices. The book was, according to an online blurb, “one of the first to mirror young women’s yearning for a spiritual path they can fully and wholeheartedly embrace.”

Season One of The Extraordinary Project’s podcast series starts with “Dearly Beloved” (September 30, 2017). It examines the phenomenon After Death Communication, or ADC. The compelling description of the digital audio file reads,“This debut episode journeys into the stories and science of our most precious last moments with our dead.” Episode Two spotlights the Second Sight, more formally known as Precognition or Presentiment. Learn all about recent and historical evidence of “ordinary people tapping into the backwards flow of time.” The rest of the episodes explore the life of a psychic energy healer, and gave Clores reason to wonder if perhaps psychic people were really seeing something.

Clores wasn’t an ordinary student at Leonia HS. Far from one. Voted “Best Personality” by her peers, she was the engaging friend and resolute leader of a group that had a noble mission: Transcend cliques. What would her high school friends say about what she’s up to today?

“They would not be shocked,” a smiling Clores says. “No one I knew in high school would be shocked.”

We return to the details about The Extraordinary Project’s “Come As You Were” party in November, the one that starts at 7 p.m. at the George Maher-designed Colvin House at 5940 North Sheridan Road. Clores hopes 50 people, at least, will appear in creative garb at the yellow brick, Prairie Style, American Four-square mansion.

“It’ll be a safe place to discover the intellectual history of spirit communication, as well as to entertain the hopes and dreams about the afterlife … all those questions that many of us have while trying to fall asleep at night,” says Clores, who, following an introduction to the podcast series and a listening session of the not-yet-released first episode of Season Two, will certainly enthrall all during a Q&A segment.

“Is there life after death?” she adds. “Are there ways to think about this that aren’t scary or weird or creepy? Is there a way to celebrate the possibility?”

The daughter of Robert Clores, a former CBS television set designer, and Virginia Clores, a former Columbia University administrator and current competitive ballroom dancer, Suzanne has worked freelance as an event planner, a fact checker for magazines such as Vogue, GLAMOUR and Reader’s Digest, and as an assistant to Storycorps Founder David Isay when she lived in New York. She moved to Evanston in 2004.

Clores’ “Come As You Were” soiree happens to be five days after her birthday, which is none other than November 2, or All Souls’ Day.

“It’s kind of perfect, isn’t it?” Clores says. We’ll see you there.

Tickets to the “Come As You Were” launch party are $25, which includes food and wine, and can be purchased by visiting theextraordinaryproject.net. For more information about Clores, visit suzanneclores.com.