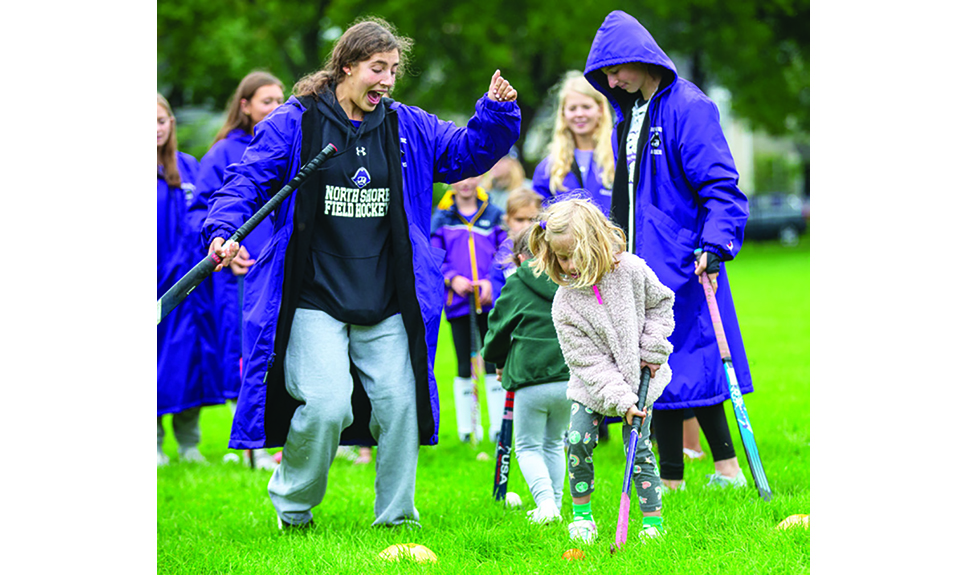 Alumni from as far away as Chile and the United Kingdom returned to campus with their friends and families to reconnect with former classmates, faculty, and staff. The oldest alumnus in attendance was Pete Henderson (’47) of Evanston, and a group of alumni from the Class of 1949 returned to celebrate their 70th reunion.

Pete Henderson’s daughter, Murph Henderson (’83) of Philadelphia, returned to campus with her dad for her own belated 35th reunion and said she was moved by the weekend’s events. “There were so many ways to gather—on the lawn, in the Upper School, for a tour, in a home,” she explained. “I was reminded that the most engaging conversations often happen with classmates who were not close friends in the old days. People have chosen fascinating paths.”

Alumni and their guests mingled with current and former faculty at a Friday evening cocktail party and opening reception for the alumni art show in the newly renovated Hall Library and adjacent John Almquist Gallery, which had officially reopened just hours before. The opening Centennial year show, which runs through December 6, features the work of former NSCD art teacher John Almquist and 22 alumni artists, representing nine decades. 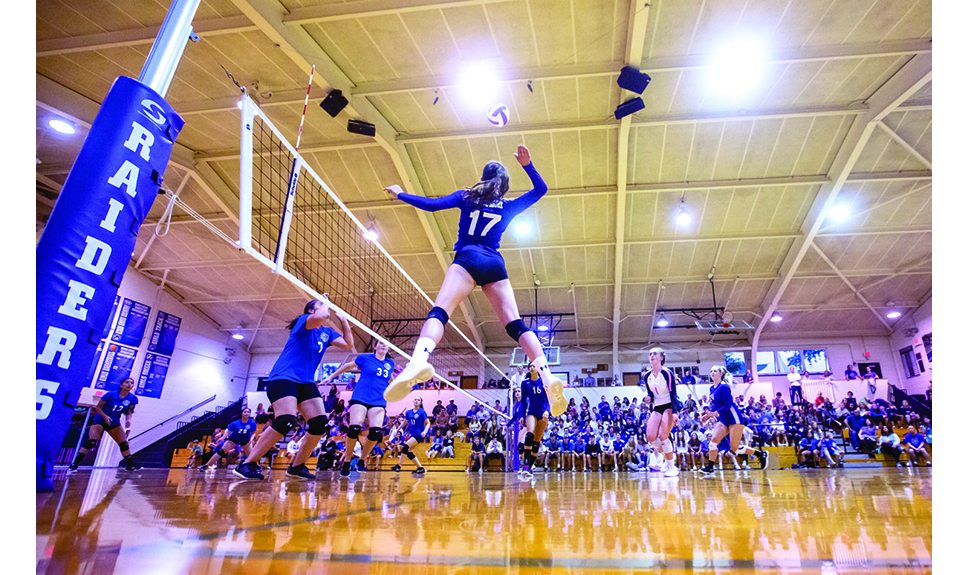 On Saturday, alumni, parents of alumni, and former faculty gathered in the auditorium for a special program featuring the world premiere of the school’s Centennial documentary: “Pioneers Along the Road—100 Years of North Shore Country Day School.” Head of School Tom Flemma also gave a school update and acknowledged all the past recipients of the Francis R. Stanton ’27 Alumni Recognition. The Stanton recognition is given to alumni whose lives exemplify the school’s motto, “Live and Serve.” The morning program concluded with a traditional sing-along of Gilbert & Sullivan and other favorite tunes. Additional screenings of the documentary occurred every half hour from 1 p.m. to 3 p.m.

There were plenty of activities for students and families all day Saturday, beginning with the Little Raiders Field Hockey Clinic. This yearly activity gives children age 4 and up an opportunity to learn the basics of the game from NSCD players and coaches. There were also inflatables, facepainting, temporary tattoos, and an assortment of lawn games for kids of all ages.

All Homecoming attendees were invited to a barbecue on the Upper School Quad, featuring food from Smoque BBQ in Chicago and live entertainment by Grammy-nominated artists Liam Davis (’86) and Justin Roberts.