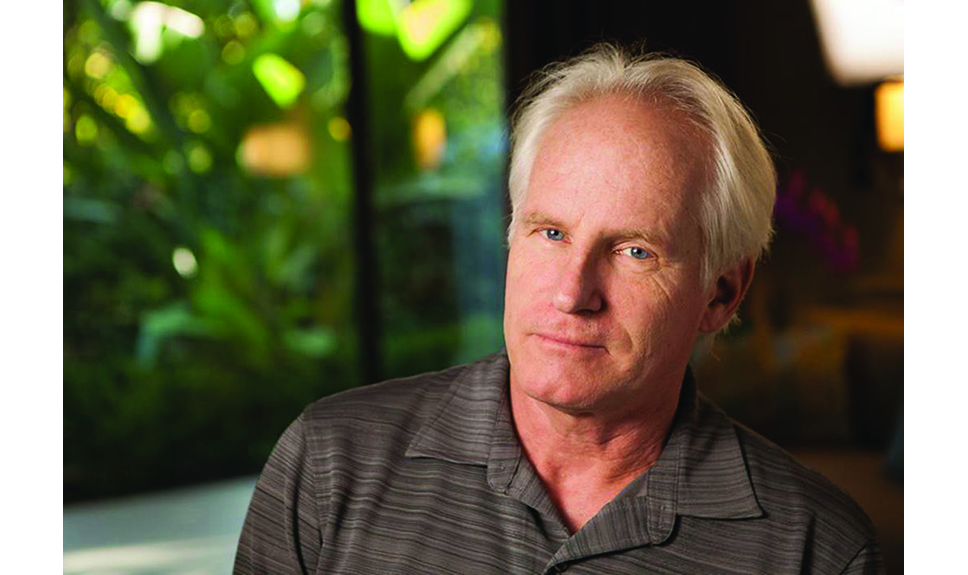 The Art Center Highland Park’s (TACHP) new Sunday Salon series is already picking up a devoted audience and next month, it continues with a Peabody Award-winning filmmaker. Bob Hercules, documentary producer and director, will appear and talk about scenes from his films at 2 p.m. on Sunday, November 17, as part of TACHP’s free Sunday series.

“We picked Bob for this series after I met him at his film Maya Angelou: And Still I Rise during a screening at the Renaissance Place Cinema in Highland Park,” TACHP Executive Director James M. Lynch explains. “He struck me as an inspiring storyteller and inspiration is one of our three core principals at TACHP, so he was very obviously a fit for our programming.”

Hercules lives in Evanston and works in and around the Chicago area—except when he’s on location, as he was when he directed the film The Gate, The Dawn of the Baha’i Faith, with locations in southern Spain. His work has been seen widely on PBS, Discovery Channel, IFC, TLC and in film festivals around the world. He is also co- owner of Media Process Group, a Chicago-based production company.

Maya Angelou: And Still I Rise, premiered at the 2016 Sundance Film Festival, won 19 awards on three continents, a Peabody
Award in 2018, and was nominated for an NAACP Image Award. Hercules also made two films focusing on dance: Joffrey: Mavericks of American Dance and Bill T. Jones: A Good Man. His 2009 Radical Disciple: The Story of Father Pfleger chronicles the radical priest whose controversial tactics to fight racism put him at odds with the Catholic hierarchy. That film was named Best Documentary at the 2009 Big Muddy Film Festival, was the opening night film at the 2009 Black Harvest Film Festival, and aired on WTTW Chicago in 2010.

In 2008, Hercules directed the Barack Obama and Michelle Obama biography videos for Obama’s presidential campaign website. He also directed Obama’s 2007 Presidential announce- ment video in Springfield, Illinois. Hercules’ 2006 documentary, Senator Obama Goes to Africa, is a chronicle of Obama’s momentous 2006 trip to Africa, including an emotional visit to Kisumu, Kenya—homeland of his late father. It is currently in home video release from First Run Features.

Hercules’ acclaimed 2006 feature documentary, Forgiving Dr. Mengele, tells the remarkable story of Auschwitz survivor and former “Mengele twin” Eva Mozes Kor, whose decision to forgive the perpetrators as an act of self-healing sparked a firestorm of criticism. The film won the Special Jury Prize at the 2006 Slamdance Film Festival and the Crystal Heart Award at the 2006 Heartland Film Festival. It is currently in home video release from First Run Features.

TACHP’s new Sunday Salon series is a free public event hosted once every four to six weeks in its galleries. The goal is to feature artist panels in discussion, dance troupes such as Chicago’s Visceral Dance Company, play and poetry readings, and other community programs that enhance TACHP’s reputation as a robust source of cultural programing on the North Shore.

Founded in 1960, TACHP is a nonprofit visual arts organization that provides a visual arts education to Highland Park and surrounding communities.

The Art Center of Highland Park is located at 1957 Sheridan Road in Highland Park. For more information or to sign up for the TACHP newsletter, call 847-432-1888 or email [email protected] Reservations for the Bob Hercules event are suggested (via TACHP’s Facebook page) as seating will be limited.