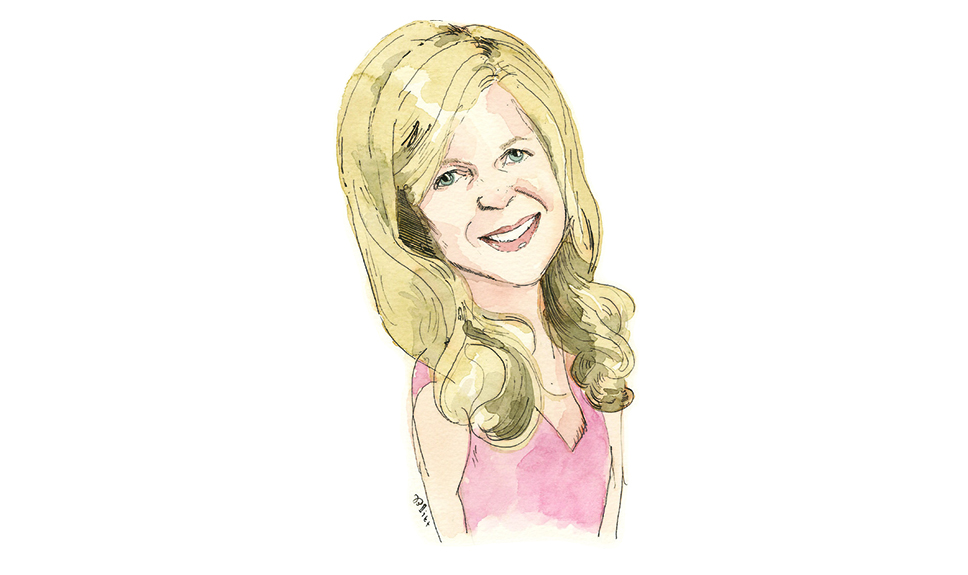 Nikki Nocera had just delivered her campaign speech for the office of senior class president at Chaney High School when she had an “uh-oh” moment.

Her male opponent at the school in Youngstown, Ohio, hit the stage in a Batman outfit, his cape flowing, his peers roaring their approval before he had uttered a word. Nikki lost the election.

Now 48 years old and a Wilmette resident since 2014, Nocera—Vice President and Chief of Staff to Exelon Utilities CEO Anne Pramaggiore after a 15-year career as a litigator—had a real-life superhero for 42 years.

Her father, policeman Carl Nocera, was Hollywood handsome, ran regularly to make sure his waist would never expand beyond 33 inches, and revered Frank Sinatra and Pavarotti. He bonded with a young Nikki by playing cards and board games with her, by walking with her, by watching 60 Minutes and Sunday morning news shows with her, and by reading newspapers with her.

“My father was very influential in my life,” says Nocera, the wife of Jesse Campbell and the mother of their children, Chloe, 13, and Phoebe, 11. “He was an awesome judge of people, and he was incredibly family-focused. He also had a big personality, the kind that helped me prepare for the legal and business worlds; I’ve never been intimidated by big personalities in those fields.”

Her superhero suffered a fatal heart attack at the age of 70, while running in Las Vegas in 2013. He’d seen a doctor four days earlier—without having undergone a stress test or a coronary calcium scan. Had he been administered either, the doctor would have discovered a 98-percent blockage in one of Carl Nocera’s arteries and treated it with immediate medical intervention.

“My father’s death was preventable,” Nikki insists,“and that’s why I’m doing what I’m doing. I walk to honor him.”

“My father was thin and looked fabulous,” Nocera says. “He didn’t just run; he also did 50 push-ups and 50 sit-ups every morning. My father was the picture of health. What worries me now is that all of the thin, seemingly healthy people around us—and they’re everywhere—are unaware that they could be at risk for heart disease. “That’s another reason I do the AHA walks.” She walks often with her daughters and thinks about her father every step of the way. Mr. Nocera and Nikki would talk about everything on those lengthy walks in Ohio, from politics to music to theater productions to … life. Neither Carl nor his wife, Joann, attended college. They raised Nikki, Gina, and Frankie (named after Mr. Sinatra) in a mostly steel and metalworking city in Northeast Ohio. For 13 years the patriarch worked for a local railroad to supplement his police income. Only 56 percent of Chaney High School graduates, Nikki says, enrolled in college. “My parents made tremendous sacrifices for all three of us,” says Nocera, who “was a super serious student”at Ohio University in Athens before collecting another degree at Loyola University Chicago School of Law in 1998.

“All my parents wanted to do was to make sure their children would have better lives than theirs.”

Nikki Nocera’s life today, as a professional at Exelon Utilities?

“I could not be more grateful than I am today,” says Nocera, who met her future husband on a flight from Chicago to Pittsburgh. “The position I’m in today, a Youngstown girl working for a tremendous female leader like Anne at a Fortune 500 company, is something I’ll always appreciate. I owe so much to my wonderful parents and the way they raised and encouraged me.”

Nikki would write handwritten notes—yes, pen to paper, with feeling—to her father often, and he’d date each and place each in a box.

“I once wrote him a note to tell him that he defeated me in a card game only because he had cheated,” Nocera, cracking a smile, says. Carl Nocera scribbled a date on that one, too, and let it rest in the box containing all of the others, including the dozens and dozens with the heartfelt “I love you” at the bottom.

“My mother gave me that box after my father’s death,” Nikki says. “That meant so much to me, because I never got to say good-bye to him. A huge part of my life was taken away from me, suddenly. Too suddenly. But those letters have helped ease some of the pain. When I read them, it takes me back to those special days when I got to be with, and laugh with, an incredible man.”

Nocera has one more anecdote to share. It happened on the day her superhero died.

“Bystanders administered CPR on him, right there on the sidewalk in Las Vegas,” Nocera says. “When he got to a hospital, he didn’t have any ID. So when they filled out a report about a man who had suffered a heart attack, they wrote, ‘A man in his 50s died.’ His 50s—nearly 20 years younger than my father’s age.

“He,” the daughter adds, “would have loved that.”

For more information about the American Heart Association, visit heart.org.