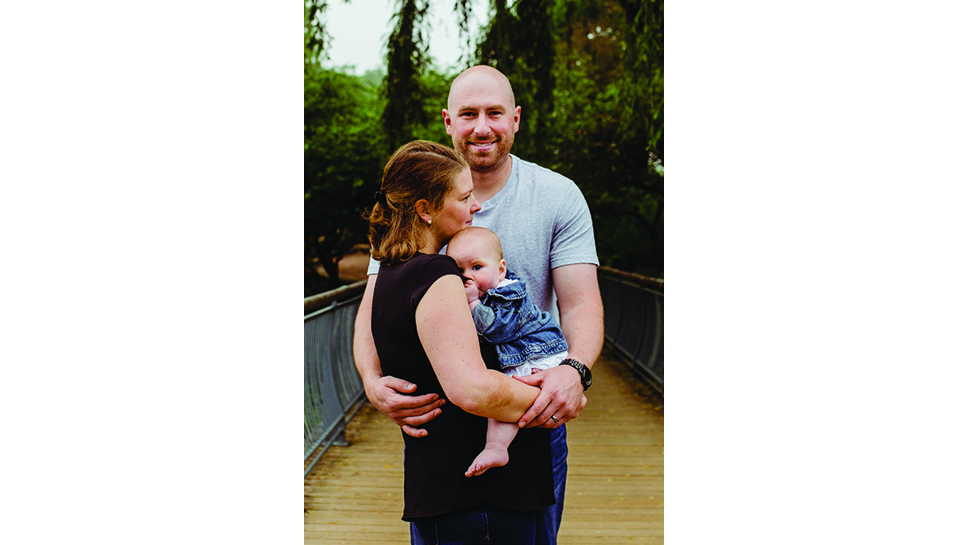 MISSING CHRIS: Christopher Lambert, seen here with his wife, Halley, and their daughter Delaney, was killed by a reckless driver while helping passengers involved in a car accident on I-294 in January. The driver of the car that struck Lambert—a Highland Park resident and Illinois State Trooper—had violated Scott’s Law, which requires drivers to slow down and move over as they approach a stopped emergency vehicle or any vehicle with flashing lights.

Sam Shachtman was driving two of his Highland Park High School hockey teammates to a tournament in Darien when he saw nothing but the flashing lights of a police car in his rear view mirror.

The police officer did not make Shachtman stop. A car accident had occurred nearby.

The trio of athletes continued southbound to Darien.

On the way home, some three hours later, the boys in Shachtman’s car noticed law enforcement and medical personnel were still at the scene of the accident.

Something awful must have happened.

News would spread that Illinois State Trooper and Army veteran Christopher Lambert was driving home at the end of his shift when he stopped to assist victims of a car accident. While comforting the families involved, Lambert was fatally struck by a reckless driver, who had violated Scott’s Law by not slowing down and moving over when he saw officers on the side of the road.

Lambert, the husband of Halley, lived in Highland Park. He was 34. Their daughter Delaney was 14 months old. The daughter Christopher would never get to love and hold, Callen, was born earlier this month.

“We learned Chris Lambert was a member of our community,” says Highland Park senior forward Parker Hara, who had traveled to the hockey tournament in another car. “That hit us pretty hard. Then we learned that the people involved in the accident, the people Chris was helping, were Pekin hockey players on their way to a tournament.

“Our hockey team,” Hara adds, “was connected to Chris in a couple of ways. That made it easy for us to rally and do something for his family.” 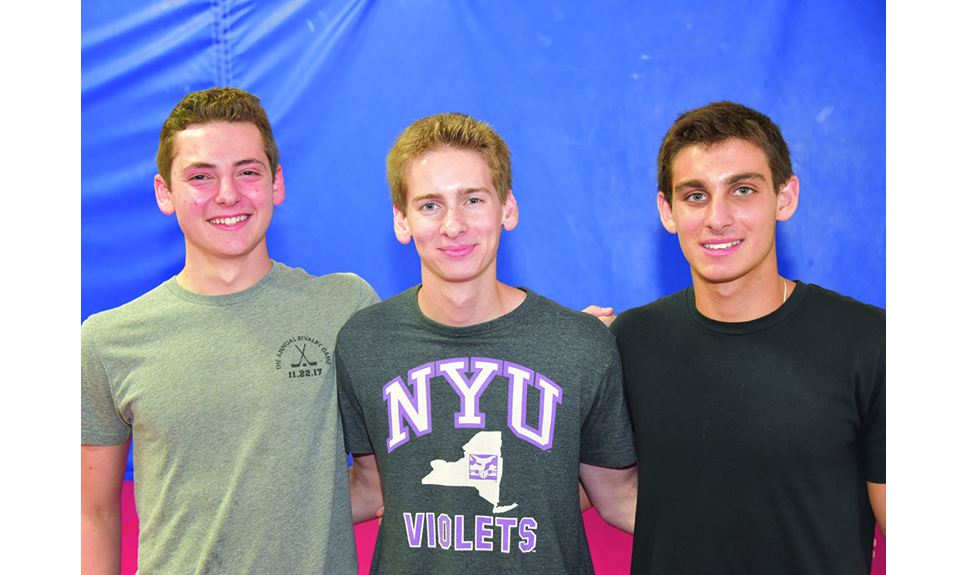 That something: “Skate for Scott’s Law,” a Highland Park Giants Hockey Association fundraiser for Halley Lambert and her two daughters. It’s set to take place on September 28, from 1 to 3:30 p.m., at Centennial Ice Arena, 3100 Trail Way in Highland Park. The event will include skating, activities, entertainment, refreshments, and family fun, with appearances by Secretary of State Jesse White and Congressman Brad Schneider. The Jesse White Tumblers are scheduled to perform.

There will also be a live auction for Sky Box tickets to a Blackhawks game; raffle prizes, including a signed Alex DeBrincat Blackhawks jersey; rounds of golf at Briarwood and Sunset Valley; a $200 Abt Electronics gift card; Black- hawks tickets; and more; entertainment by Energy Productions; and written material about Scott’s Law, provided by the Illinois State Police at a tent.

Donations will be accepted at the door, with all proceeds going to the Lambert family.

The hockey club has raised more than $9,500 via its GoFundMe page, through September 16. If you see someone sporting a Giants Hockey blue wristband, it’s probably a Scott’s Law band, featuring the crucial reminders “move over” and “slow down.”

“Just as important, if not more important than raising money, is our goal of raising awareness of Scott’s Law,” Highland Park senior forward Jack Elbaum says. “Parker and I visited Halley at her house in July. It’s one thing to read about a tragedy such as this in an obituary. It’s something entirely different when you hear, firsthand, what her family has been going through since the tragedy.”

Elbaum and Hara had arranged the get-together to inform Deerfield native Halley Lambert, nee Martin, of their team’s plan for the fall fundraiser. It originally was going to be only a two-and-a-half-hour free skate for attendees, thanks to the generosity of the Park District of Highland Park. But it would grow into something bigger—much bigger—than that.

Building, building, building. “Skate for Scott’s Law” was turning into something special, something packed with slap-shot momentum behind the force of three considerate, resourceful young men and their rink mates.

“Sitting down with Halley, getting to know her, helped motivate us to keep going, to keep

pushing, to continue organizing the event for her family,” Elbaum says.

“Halley,” Hara adds, “wants the emphasis of the day to be on raising the awareness of Scott’s Law. We sensed that when we were at her house.”

Scott’s Law was named after Lt. Scott Gillen of the Chicago Fire Department. He was struck and killed by an intoxicated driver while responding to a traffic accident on December 23, 2000.

“I heard there have been two more deaths related to Scott’s Law violations in Illinois, as well as something like 16 injuries, since Chris Lambert’s death,” Shachtman says. “I think of the pain our community felt and continues to feel, and then, to think, two other communities are going through that, too. The word has to get out there. More drivers have to know what Scott’s Law is.

“Lives will be saved,” he adds.