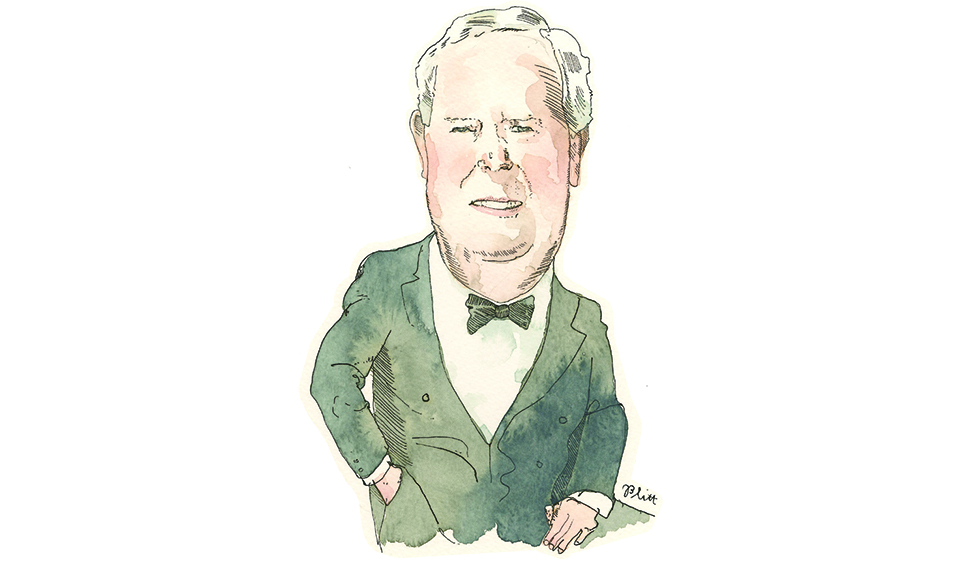 For those familiar with the Posse Foundation, Tim Ubben of Glencoe is a man who needs no introduction.

It is through his enthusiastic leadership, tireless volunteerism, and a joint gift of $50 million that the foundation has been able to transform the landscape of American leadership through education.

“It’s been a labor of love serving an organization with such a noble purpose,” explains Ubben, philanthropist and founder of Lincoln Capital Management.

Founded in 1989, Posse’s mission is to createa promising future for America through training leaders from diverse backgrounds that reflect the country’s rich demographic mix. Since then, it has identified, recruited, and trained more than 9,200 students.

“Our ultimate goal is to create a new kind of leadership network that better represents the voices of all Americans,” explains Posse president and founder, Deborah Bial. “Providing more people with a seat at the table enriches us all.”

Posse partner colleges and universities provide scholarships for each group of students being sent to a given school—a Posse formed to “back each other up” as they enter a new setting.

In its inaugural iteration, Posse sent five high schoolers from New York City (its founding location) to Vanderbilt University, its first partner school. It now has 10 chapters across the country and more than 50 participating institutions.

Students are nominated by community organizations, principals, and teachers, giving way to a selection process that includes observation as the teens work through group problem- solving exercises, followed by a series of interviews. The second half of senior year, a Posse meets weekly, giving students time to bond, form a support a system, and to learn about the academic and social demands they’ll have to meet.

Every Posse has a faculty member to mentor them and guide them through their first two years on campus. Many Posse students end up running for school government, going on to make major contributions in the work- force—Posse has a reputation for graduating 90 percent of its participants.

“These are people of character,” Ubben says.

“Tim’s involvement has been absolutely critical to our growth as an organization,” Bial explains. This involvement refers not only to what she describes as his expert guidance over the years but the monumental $50 million gift he pledged along with son Jeff in honor of the organization’s 25th anniversary. This commitment more than doubled the size of Posse’s endowment, guaranteeing its future for years to come.

“We believe financial stability is the most important thing for any nonprofit,” Ubben explains.

He first came to Posse after retiring as chairman from Lincoln in 1999, deciding to dedicate his time and attention to the world of nonprofits. A trustee at DePauw, his alma mater, Ubben saw the Posse formula working at the university. It had accepted a Posse from New York City and he wanted to provide the same opportunity for students in the Midwest.

In 2000 Ubben joined Posse’s national board of directors and spearheaded the opening of the Chicago chapter that same year, becoming founding board chair of Posse Chicago. Since then, the local chapter has sent over 1,600 students to 12 schools, all with full four-year scholarships. “The grand total value of scholarships is now at $1.4 billion to date,” he shares. “Chicago Scholars alone have won over $235 million in scholarships since opening.”

Posse has received many significant acknowledgements over the years, most notably in 2010, when President Barack Obama honored Posse with a portion of his Nobel Peace Prize Grant. Now celebrating its 30th anniversary, a PossePlus Summit was held on June 7, bringing together nearly 150 student delegates representing 54 top-tier colleges gathered at Deloitte University in Westlake, Texas. Bial described the summit as a “unique town hall event” reporting on the state of the nation through the eyes of college students—as always, providing the opportunity for growth and the success of generations to come.

Produced in collaboration with the Aspen Institute, streamed by NBCU’s Telemundo, and moderated by Emmy Award-winning journalist Frank Sesno, the Summit offered a glimpse into the state of the nation as seen through the eyes of college students.

The Summit, which was sponsored by Deloitte, spanned issues such as immigration, racism, inequality, education, climate change, and civil engagement.

“Everyone deserves a seat at the table and a voice in the future,” Ubben concludes. “It is an honor to be a part of this important mission.”