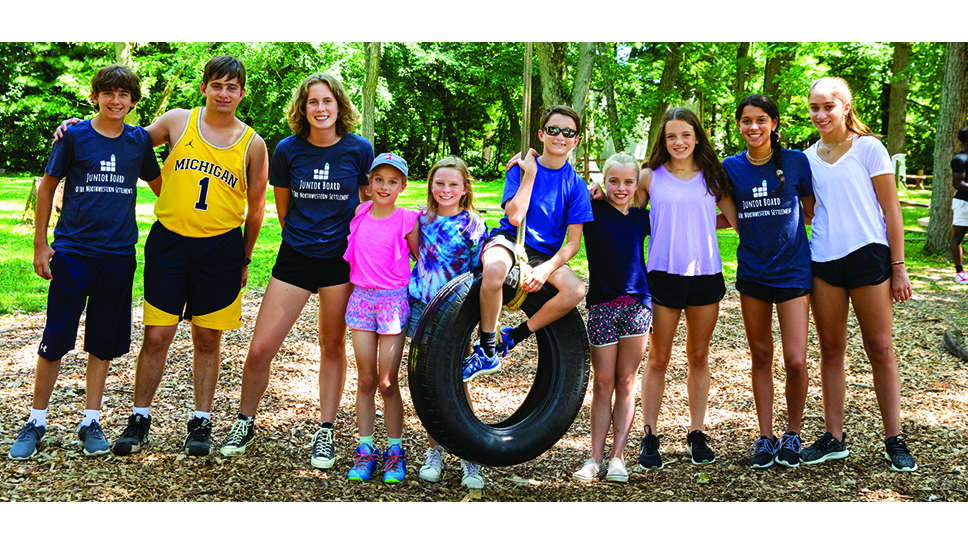 North Shore Board of Northwestern Settlement families and Jr. Board members organized an action-packed FunDay Sunday for House In The Wood campers in August. PHOTOGRAPHY BY ROBIN SUBAR

Supporting great causes financially is a worth while endeavor. Finding ways to engage with the people and programs one supports, makes the giving even more meaningful.

That’s certainly been the case for the North Shore Board of Northwestern Settlement (NSBNS). NSBNS was formed in 1936 to fund programs at Northwestern Settlement’s House In The Wood Camp—designed to meet the needs of children from Chicago’s most economically disadvantaged neighborhoods. And in the 83 years since, NSBNS has done just that. But the group wanted to connect its members, donors, family, and friends to the camp through more than the gala they host each year.

Happening twice each summer, Sunday Fundays not only give NSBNS supporters the chance to tour the camp and meet the campers, but the opportunity to volunteer their creative skills by leading fun activity sessions for the kids. One Sunday in early August, that meant kids got to bang on drums, write camp songs, and go on a photography scavenger hunt with members of the Subar family, of Highland Park. The campers also participated in activities led by the new Junior Board of the Northwestern Settlement.

“Campers got to choose from gaga ball, arts and crafts, and three very popular sessions led by the Subars,” says Melissa Corley, president of the board. 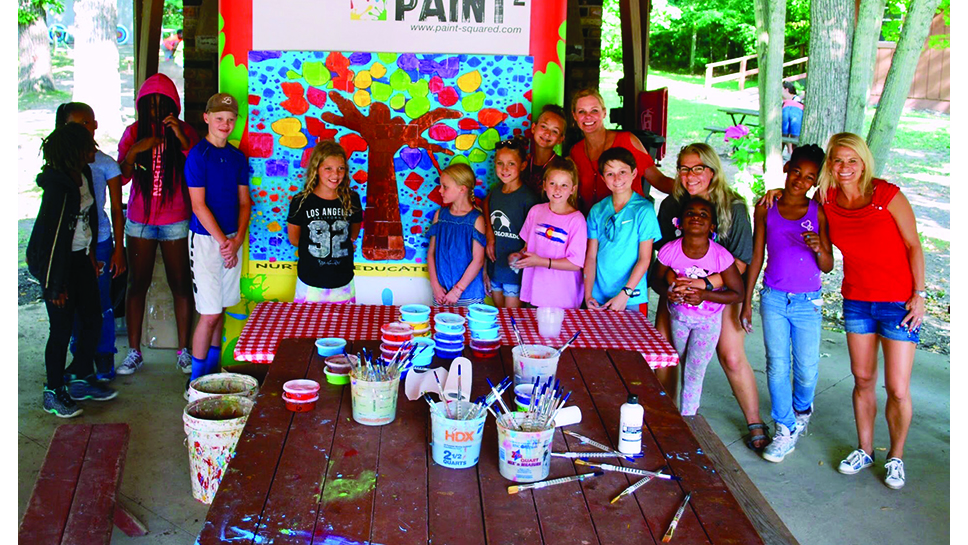 “Professional photographer Robin Subar has been leading the budding photographers on a photo scavenger hunt since the first Sunday Funday in 2017. She did that again this summer, joined by her two sons and daughter who led new songwriting and drumming workshops.”

The Subars brought plastic buckets and drumsticks to teach the kids drumming, and helped them write camp songs. The music fest culminated with the singers combining with the drummers in one, raucous medley.

“It was so much fun for the campers. We are thrilled that more and more volunteers are stepping up,” says Corley.“Sunday Funday is really open to anyone who has a skill to share, or who wants to work with the kids and the Camp Director Val Wright to shape a program. We’ve had a workshop with an ex-Major League Baseball player, another with a former catering chef, and others with architects, painters, journalists, and more.”

An equally exciting outgrowth of Sunday Funday has been the formation of the first ever Junior Board of the Northwestern Settlement. JoAnn Gordon of Northbrook and Cassie Bucellato of Winnetka are the Junior Board sponsors, and were instrumental in starting Sunday Fundays. Junior Board founding members include Bucellato’s sons Marcus and Michael and Gordon’s daughter Sarah.

“As the children of the board members and their friends started volunteering on Sunday Funday, they enjoyed it so much they wanted to broaden their involvement,” Corley explains.

Formed this year, the Junior Board is a co-ed group of teens who are volunteering their time to support programs both at the camp and at Settlement House in Chicago. The goal, says Corley, is to provide the teens with hands-on volunteer experiences and leadership opportunities. Membership is currently open to the teenaged children of all Northwestern Settlement board members, with plans to expand the program next year.

This year, Junior Board projects included mulching pathways and removing buckthorn to prep camp grounds before summer camp started. Board members helped plan and organize one of the August Sunday Fundays.They also did a drive to collect unused school supplies—delivering them for use at the Northwestern Settlement’s Rowe Elementary School and at House In The Wood camp. 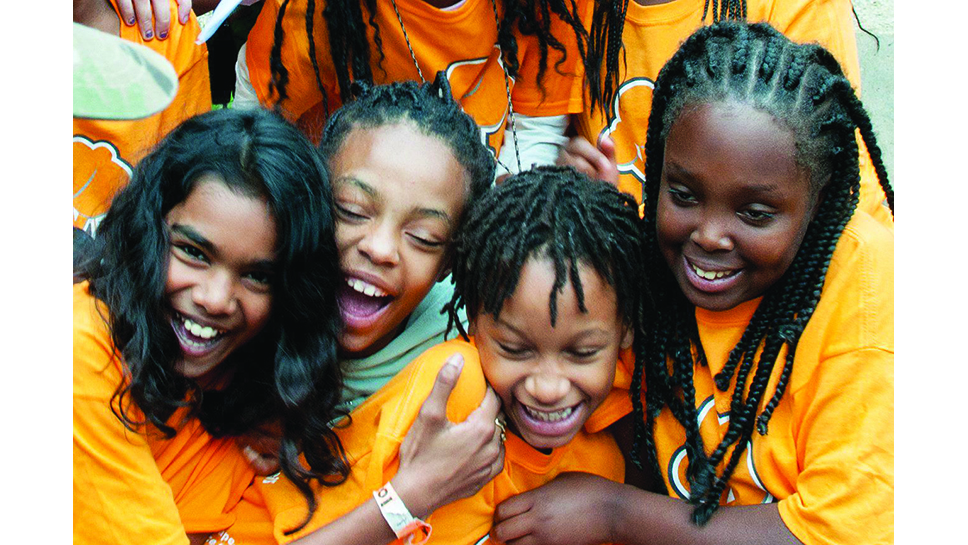 “I found out about the camp since my mom is also very involved,” says Matt Corley, Melissa’s son and an enthusiastic Junior Board member. “I wanted to be part of a group to continue to help the kids up at camp, and at the Settlement house. My sister and I have done other volunteer work for Northwestern Settlement, and I also completed my Eagle Scout project up at the camp.”

With summer camp now completed, NSBNS attention is currently focused on its October 26 House in the Wood Gala at Theater on the Lake in Chicago. Admission is $350 per person, with all proceeds directly benefiting House in the Wood campers and programs.

Meanwhile, the Junior Board is gearing up for a November toy drive to collect new toys to donate to the Holiday Gift Room at Northwestern Settlement. “We are thrilled that what started as simple way to connect House In The Wood camp supporters to the camp and the kids in a more tangible way has taken flight in so many ways,” says Corley. “We are always in search of volunteers who share our passion to nurture, educate, and inspire Chicago’s children to achieve their dreams.”