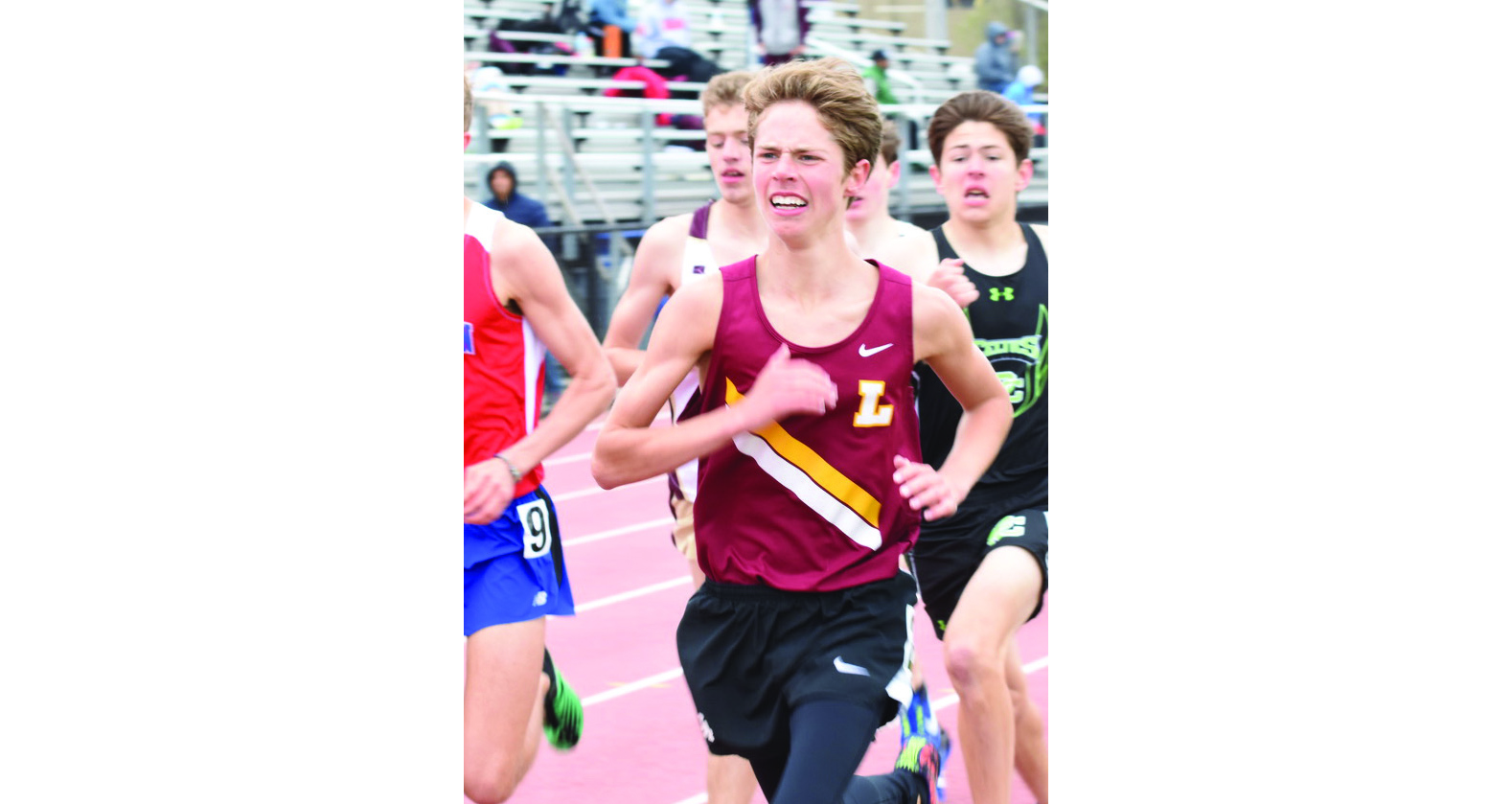 The Lake Forest resident was about to train for a Chicago triathlon about five years ago when he decided having company for jogs would be a good thing.

Spencer Werner was a fourth-grader and greener than green as a runner at the time.

“After five or six miles on our first run together, Spencer said to me, ‘Dad, why are you breathing so hard?’” Jeffrey recalls. “My reply to him was, ‘Why are you not breathing hard?’”

What their son, now a Loyola Academy sophomore, accomplished in each race in late July this year left both of them … breathless.

It was a remarkable run, Werner’s transformation from casual jogger with Pops to elite distance star. Discipline, confidence, focus, support from his parents and teammates, and top-notch coach- ing at the school and club levels boosted Werner, who hustled to first place at the 2017 Illinois Elementary School Association cross country state championships as a Deer Path Middle School 8th-grader.

But Spencer Werner is far from satisfied on a journey that’s far from over. He’s already thinking like a Division I collegian does months before a big track meet. And, by the way, Werner and his parents traveled to Austin, Texas, to watch the NCAA Men’s Track and Field Championships in June.

“I visualized, back in February, winning both races at the Junior Olympics,” says the 5-foot-8, 115-pound Werner, who, as a freshman in May, earned a Class 3A berth to run in the 3200 meters at the state track and field meet in Charleston. “But our indoor track season at Loyola was about

to start, and my primary goal then was to qualify for the outdoor state meet.”

Werner secured that ticket to the state meet at Eastern Illinois University’s track stadium with a memorable performance at the Niles West Track and Field Sectional in Skokie. Well behind the lead pack—featuring standouts Josh Methner of Hersey High School and Tommy Brady of Maine South High School—as he entered the final lap of the eight-lap test, Werner kicked into high gear.

The rookie Rambler nearly stunned Methner and Brady at the finish.

“Out of nowhere, Spencer got closer and closer to the big names,” says Loyola Academy sopho- more and Evanston resident Seichi Shinozaki, also a cross country runner and trackster at the school. “Then he started running with the big dogs, pushing them, as a freshman. What a great race. Inspiring. When I see Spencer race, I see a mentally strong fighter.”

Werner did not medal at state, finishing in 14th place in the 3200, but he emerged as the top freshman in the event.

“Competing at state made Spencer hungrier,” Shinozaki says. “It sparked him.

“It led him to those two gold medals in California,” Werner’s friend adds.

Werner trained for two years with the Invaders, a Waukegan-based track and field club, before joining TNT in Mount Prospect earlier this year.

Among his impressive efforts with the Invaders was a sixth-place showing in the 1500 at the 2018 AAU Junior Olympics in Des Moines, Iowa. Former University of Illinois and Stevenson High School standout sprinter Brandon Stryganek serves as Werner’s coach at TNT.

Stryganek, in no time, realized Werner is unusually fast for a distance specialist. But not too fast to the point where Werner has nothing left near the end of a grueling race. Werner demoralized the contenders in that USATF Junior Olympics 3000-meter run with his strong finishing kick.

He completed his final lap in a scant 58 seconds.

His victorious time of 8:46 was a staggering 43 seconds faster than the season-best time he had posted in 2018.

“Running 200-meter repeats, 300-meter repeats—doing that in training has helped me a lot,” says Werner, a serial honors student who adheres to the Steve Prefontaine quote “To give anything less than your best is to sacrifice the gift.”

Werner’s natural abilities and steadfast work ethic in cross country and wrestling and track resulted in 2017-18 Athlete of the Year honors at Deer Path Middle School. Never before had a DPMS student qualified to compete at state in three sports in one academic year.

Werner no longer wears a singlet. He focuses on cross country in the fall and on track in the spring and on training in between the seasons. Dan Seeberg coaches both sports at Loyola Academy.

“I love the diversity at Loyola,” says Werner, who was asked by several Loyola seniors to join them at Lollapalooza last month and gladly ac- cepted the invitation. “I love meeting new people there. And there’s an outstanding team culture in both cross country and track. Having fun with the guys, respecting them, and getting respect in return, I couldn’t be happier with the atmosphere at practices and at meets than I am now. There’s so much support.

“You know what I’d tell someone who’s just starting to run or about to enter high school and is thinking about competing in either cross country or track or both? I’d tell him, ‘Follow the coach’s plan, eat right, work hard, train hard.””