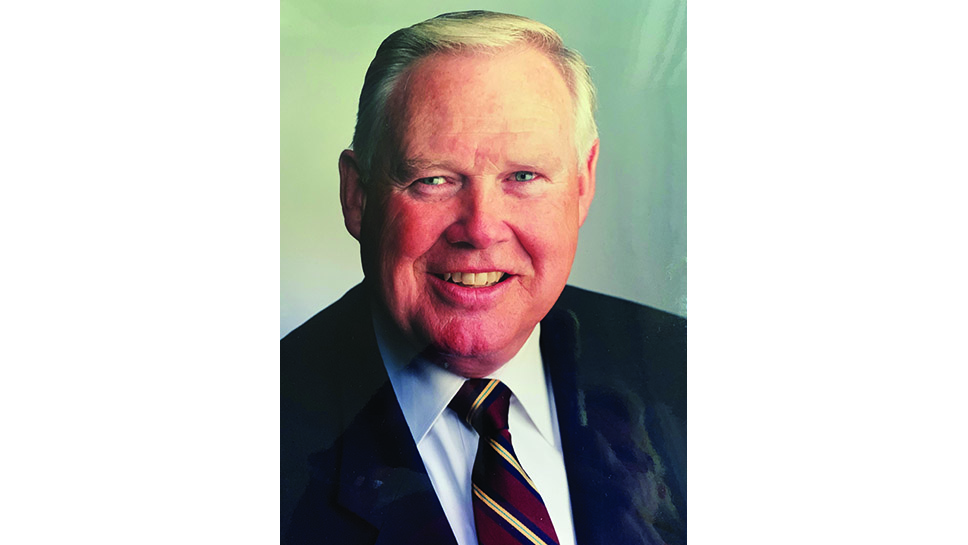 John R. Moore (Ron to most everyone) died on his 84th birthday in Lake Forest on July 12, with family by his side. As former President and CEO of Midas International Corporation, his life and career was marked by achievement— both personal and professional—and as he would be quick to say, abundant good luck.

He began his career in Denver at Montgomery Ward as the mailroom manager, and in 1965 joined Midas as manager of the company’s Chicago distribution center. Following a me- teoric rise through the ranks, in 1982 he was named CEO of Midas International Corpora-tion, a position he held for more than 15 years.

“What some people may not understand is the important role that Judy played in Ron’s career,” said Brian Burhoe, former Senior Vice President of Midas. “Judy helped build bridges with Midas franchisees at critical times in the company’s history that helped pave the way for the company’s overall success.”

Through Moore’s leadership, Midas experienced the most dynamic growth in the history of the company, with the development of Midas

operations in Australia, Belgium, France, Germany, New Zealand, Spain, the UK, and the US. He was credited with guiding the revenue growth and global expansion of Midas to become a trusted, iconic brand.

Moore, whose life story is uniquely American, was raised along with his sister Jeannice in Pueblo, Colorado Springs and Denver, Colorado. His father, John Edward Moore, was a carpenter whose work included developing the Independence Pass Transmountain Water Diversion System which brought water from Roaring Fork River to Aspen, Colorado in the 1930s.

Moore’s legacy includes his unforgettable smile, commanding presence, intellectual cu- riosity, and ability (along with wife, Judy) to connect with people from all walks of life, including a group of lifelong friends from throughout the North Shore and beyond.

“I first met Ron and Judy in a bowling league over 55 years ago. Our encounter led to our discovery that we both enjoyed golf a lot more than bowling,” said Lake Bluff ’s John Zeeman. “Much to our mutual surprise, we ran into each other at Exmoor County Club. From that point on, Ron was one of my best friends. We traveled to Hilton Head, Hawaii, and Ireland with Ron and Judy. The Moores were our guests at the Hawaiian Open, where we had the opportunity to play golf with interesting people including Neil Armstrong.”

Zeeman introduced Moore to two Lake Bluff institutions: The Community Church of Lake Forest & Lake Bluff and the Village Idiots, a group of men who meet for coffee before the sun rises at Bluffington’s.

“Rocket Ron was one of a kind and I’ll miss him every day,” Zeeman concluded. 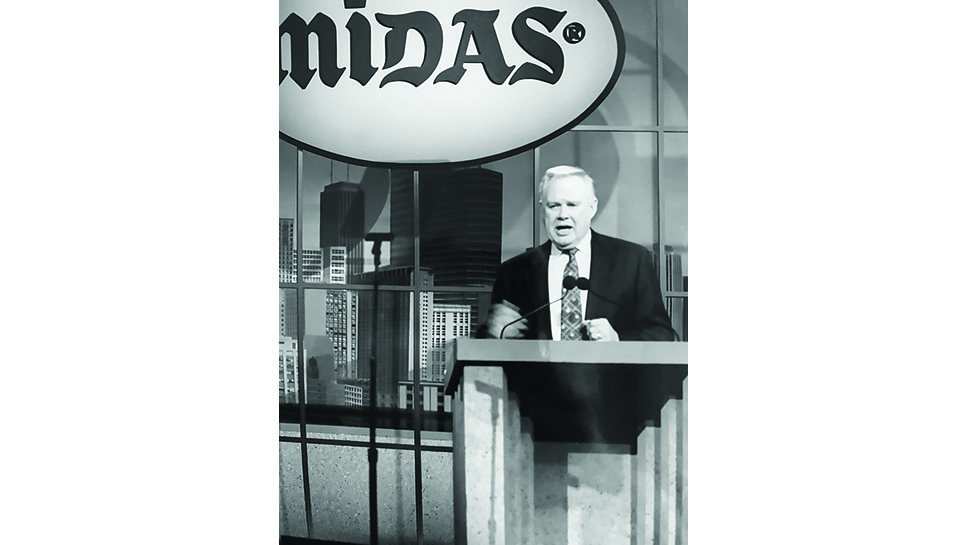 The Moores were also part of the Scotland Group, a group of friends from Exmoor Country Club that also included the Beanblossoms, Surbers, Kellocks, Lohmanns, Crawfords, Browes, and Westerbergs. Named for the inaugural golf trip to Scotland, there were many trips to follow—from Mississippi to Galena and Kohler.

Competition was part of the fun, too.

“I recall so well playing with Ron in Exmoor’s Class D championships,” explained Bill Beanblossom of Lake Forest. “Going into the 18th hole, I was down but had the momentum going for me. He made a virtually impossible shot, earning the Class D championship! We laughed and laughed after he made that putt—that’s what great friends do.”

He was also sought after for business advice.

“When Ron met with my son, Bob, as he was taking on the role of CEO at the company, he offered some sage advice—tackle the tough jobs first. Ron had genuine warmth and a concern for people. He was a special, special person. He lit up a room,” said Robert W. Crawford, Founder, Brook Furniture Rental.

He loved music of all genres and, along with Judith, was a President’s Circle patron of the Ravinia Festival. Among his favorite sports were skiing, especially with his children and grandchildren in Beaver Creek; golfing at courses throughout the world and at Exmoor Country Club; biking on the white sandy beaches of Hilton Head Island; and driving with his wife in his red convertible on a warm summer day.

He is survived by 10 beloved grandchildren: Andrea and John Moore; Alexandra, Samantha, Barbara, and Emma Neumann; Jason and Carter Manke; and Ellie and Finn Moore; as well as a sister, Jeannice Burns, of Glenview and dozens of nieces and nephews from California to New York.

A celebration of Ron Moore’s life will be held from 4 p.m. to 6 p.m. on Saturday, September 7 at Exmoor Country Club. Memorial contributions are welcomed and should be directed to the University of Colorado’s Leeds School of Business at giving.cu.edu/fund/write-fund.