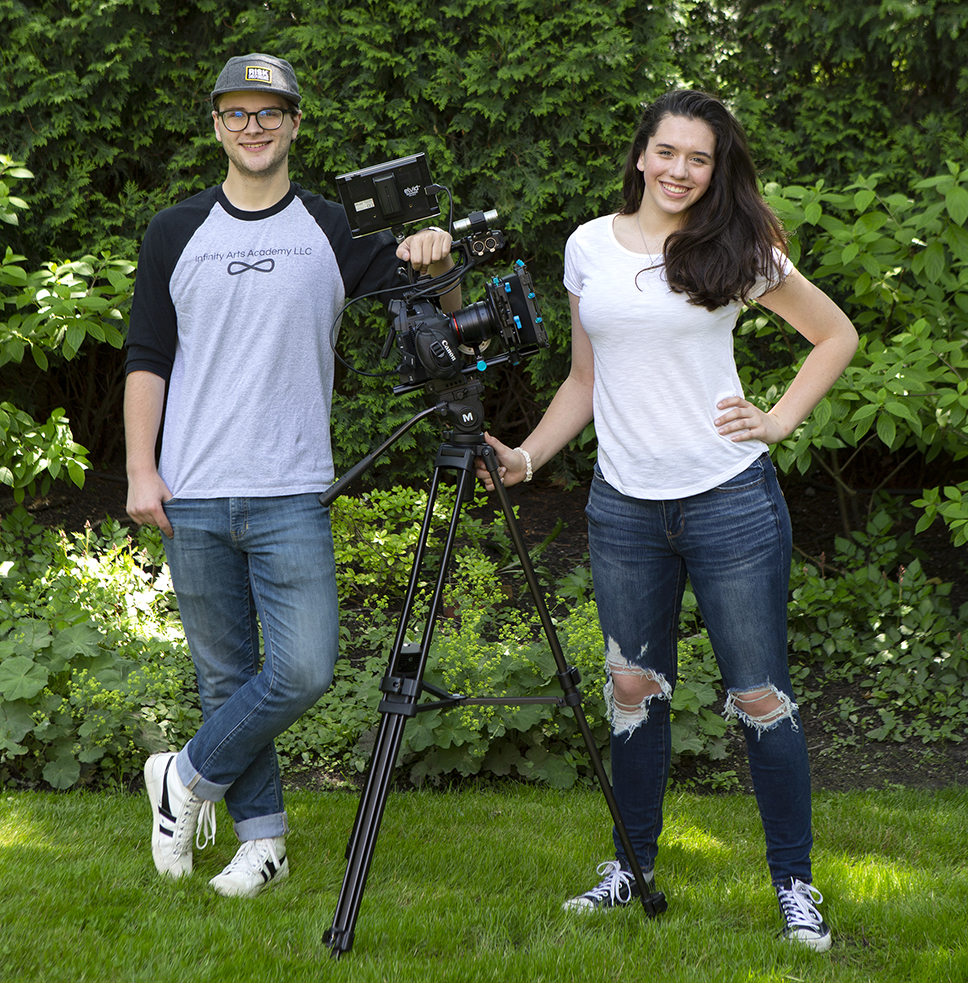 Boy meets girl, falls in love, and spends the next year trying to hang on through the ups, downs, twists, and turns of that first, wild ride. Ultimately? Boy learns as much about who he really is, as he does about love, through the experience.

After winning Best Student Film honors at The Illinois International Film Festival for his short film, The Routine, in May, 2017, Senior completed several more films before making this one, which he hopes will also do well in the indie film-fest circuit.

Impressed with Richard Linklater’s film Boyhood, which follows the protagonist through 12 years of life, Senior shaped The Fall to follow Mike, and his love-interest Edie, through a full year of high school.

“As the relationship changes, so do the seasons, and you see that in the film,” says Senior, who will study film-making at Syracuse University next month. “The Fall is based on my own personal experiences, which seems to be the best place to draw from in writing a script. Films that are more personal to me and my experience in life are much more fulfilling to make because they are connected to who I am as a person.”

Senior wrote an early, surreal, and dream-like version of The Fall when he was a sophomore. “But I thought making something so real appear dream-like would cheapen the story,” he says. “So, I spent the summer after my junior year completely re-writing the script, auditioning actors for the film, and creating the shot lists and schedules.”

Coming together for the first time in September at New Trier, many of the cast and crew didn’t know each other. “Shooting over the course of 10 months, we’ve kind of become a family,” says casting director Claire Cohen. “We have all grown pretty close.”

Apart from the drama written into the script, “we’ve all had real-life challenges that happened during the making of the film,”adds Cohen.“We all supported each other through those.”

Senior says that most of the cast in the film were sophomores during the making of the movie, figur- ing out where they fit in the world, which is exactly what the main character Mike—by Robert Petrie, is trying to do in real-life.

“So that interaction of real world with film world, seemed to heighten the hyper-reality of the film,”he adds.

The Fall made its private-showing premier at the Wilmette Theater earlier this week. The goal is to have The Fall shown in more theaters later this year, followed by an Amazon video release, and entry to as many independent film festivals as possible.

Filmmaking is a path Senior started down early. As a fourth grader at Hubbard Woods School in

Winnetka, Ben made a movie featuring a home-made stuffed-animal cat that he interviewed. By the end of 8th grade, he’d found his way to film classes at the Infinity Arts Academy at DePaul College Prep High School in Chicago, taught by Kevin Lucero Less, who would become Senior’s mentor.

In the years leading up to The Fall, Senior made many feature films with Infinity Arts Academy, including a satirical comedy about American consumerism called The Town That Wore Brainwashing Granny Hats. After his first solo film The Routine, he shot another horror movie called Pawn, about a young mother and daughter who plays chess with an invisible figure.

Pawn was accepted into the Illinois International Film Festival in 2018.That prompted Senior to make a documentary film about the experience of being in the festival. Making the documentary changed Senior’s perspective.

“I met so many really interesting filmmakers. One woman in her early 80s had just gotten in to film-making. Another young guy just out of college did a film about his ancestral lands. They all had really interesting stories,personal stories.Through making that documentary, I really connected to how I felt as a filmmaker, and realized that I wanted to step away from making horror films based on imagined realities, to making films that were more personal to me and my experience in life. That’s what brought The Fall.”

As he heads off to college, Senior says he hopes to return to small, concentrated films, while still keeping them personal and real.

“I’m looking forward to pushing myself to do things that are new and interesting, and making films in a way that nobody else can,” he says.