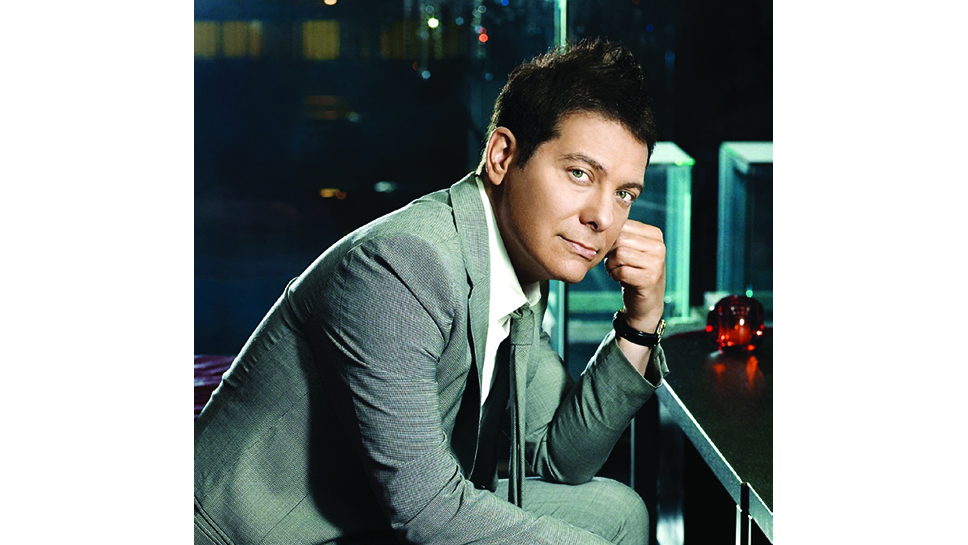 Beginning with his professional association with Ira Gershwin more than 40 years ago and continuing through his 33-year recording career and his Emmy- nominated PBS series and related projects, musician and music historian Michael Feinstein is the torch bearer and ambassador for the Great American Song- book. A talented pianist and singer known for his in-terpretations of songs from multiple periods, Feinstein has also made a name for himself as a band leader, working with symphony orchestras as well as more intimate musical groups. Additionally, his work as an archivist,preserving the legacy of the canon and sharing his passion for it, has brought him acclaim from an even wider audience. A consummate entertainer, Feinstein spends a lot of time on the road performing in venues of varying sizes, including Ravinia, where he will be performing with Chicago’s very own Haley Reinhart on Thursday, August 29. The North Shore Weekend recently had the pleasure of speaking with Feinstein about his passion for music and more.

NSW: You have a long history of collaboration, having teamed up with a vast array of artists including Chey- enne Jackson, Jimmy Webb, Barbara Cook, Jerry Herman and George Shearing, to mention a few. What is it about you that makes you so good at playing well with others?

My mother certainly wouldn’t have said that I played well with others when I was growing up because I was a solitary kid. But when it comes to music, I love the inspiration that comes from working with another artist who may have a different point of view about a particular song or a particular style of music. So, at its best it blossoms into something where the whole is greater than the parts.

NSW: The music world suffered a tragic loss with the passing of André Previn with whom you collaborated on your 2013 album Change of Heart:The Songs of André Previn. Would you please say a few words about Previn?

André was one of my heroes. He was exquisitely gifted. His musical scope was unlike any I ever knew, and I knew Leonard Bernstein and Jule Styne and Jerry Herman and many extraordinary people.But André was a man who was so prodigious in his assimilation of music that he did everything. I’m not saying he had more talent than Leonard Bernstein,because Bernstein was larger than life and iconic. And yet, André to me is certainly equal to Bernstein,even though the perception of him is not the same. He embraced of classical music and jazz and popular song and film scoring and writing so many different kinds of music.Even a month shy of his 90th birthday,he was still fully inspired,writing music that belied his years.

NSW: What a legacy…

It’s extraordinary! I wish that he was more acknowledged in his time because he’s deserving of it. It was a joy to record with him because I wanted to record his songs, his popular songs. His first response to me when I first asked him about it was,‘Are there enough?’ Certainly, there were. The only sad part is by that time he already had crippling arthritis and he didn’t play as well as he wanted to. If we had done the album only a year earlier,his playing would have been very different.That’s life.When I sang the vocals,I had to match his playing, which sometimes was lacking in some of the power he used to possess, so it turned out differently. But it was a snapshot of that moment in his life.

NSW: Change of Heart and your 2014 holiday album are your most recent studio recordings. Is there any chance that a new Michael Feinstein album is in the works?

Yes, I’m working on a project now that will be coming out in the fall that’s related to the Gershwins, the songs of George and Ira Gershwin. However, it’s a completely different,new and unusual take on the work that I think will be very surprising to people,and it is another collaboration. I’m actively working on it now and I’m being coy purposefully to wait to announce it, but it’s something that I think is among my best work. I think it’s a culmination of all that’s come before in my career that will give me a different means of interpreting this music at this point.

NSW: I’m glad you mentioned the Gershwins because your devotion to the Great American Songbook canon comes through in a variety of ways—from your numerous recordings to your acclaimed PBS series and NPR series, from the book you wrote about the Gershwins to the founding of the Great American Songbook Foundation.With all the work you’ve done for the cause, do you have any other projects planned?

There are always projects in the works.The way that I’m built is that I constantly force myself to do things that scare me. I want to do as much as I can in this life-time and I feel like I’ve wasted too much time because of fear or things that got in the way when I was younger. I want to do what I can to keep the music alive and also to keep creative expression fresh. I’m always working on different projects. I’m working on writing more music and I’m going to do another book soon. I’m particularly interested in music and healing as a transformational tool because we need all the help we can get these days. Music is a physical vibration. We are made of vibrations. Therefore, music can be one of the most powerful therapeutic and healing tools that is available to us. People don’t understand nor harness the proper power of what it can offer.

NSW: In addition to your roles as a performer and musical archivist and educator, you are also well-known as an impresario, operating venues bearing your name, such as Feinstein’s at the Nikko in San Francisco and Feinstein’s/54 Below in New York. What does that aspect of your work mean to you?

I always had the fantasy of having a nightclub. The very makeup of a club is my favorite place in which to make music and to listen to music. I find that going to huge venues is something that, while most people appreciate it, I find a little intimidating. To create these clubs is a personal fulfillment.There is not a lot of money in it.There’s an old joke,“How do you own a nightclub and have a million dollars? Start with two million.”

NSW: But it must be rewarding on some level to see these venues operating.

Very much so. I love being able to bring all sorts of artists, seasoned and fresh, to the different venues. Especially in New York where we have so much talent in Manhattan. So many Broadway performers, some of whom have never done a nightclub turn. They are accustomed to inhabiting a character. Some are fantastic and embrace it. Other are absolutely terrified to not be in character. To watch the blooming and blossoming of the different talent is extraordinarily exciting.

NSW: You mentioned the challenge of larger venues.You are embarking on a tour in which the various concert venues vary in size.What can people expect from this upcoming tour?

I’m doing different types of shows in different places. In Florida, I conduct a symphony orchestra, as I do in Pasadena. Some shows I do with big band, others with combo. My shows are always interactive with the audience. When an artist walks on stage,they feel the audience, they feel a certain sense of what the show’s going to be like. Not only from the first applause when you walk on stage, but also from the venue itself, and the hearts and souls of the audience.That affects the entire energy and attitude of what happens on stage. Every place I go is exciting and new. It is the immediacy of live performing that is fulfilling and exciting,and there’s something scary about it at the same time.I think people are inured to technology and things that are canned, that the live experience is a means of connecting that is essential for me.

For tickets and other information, visit ravinia.org.