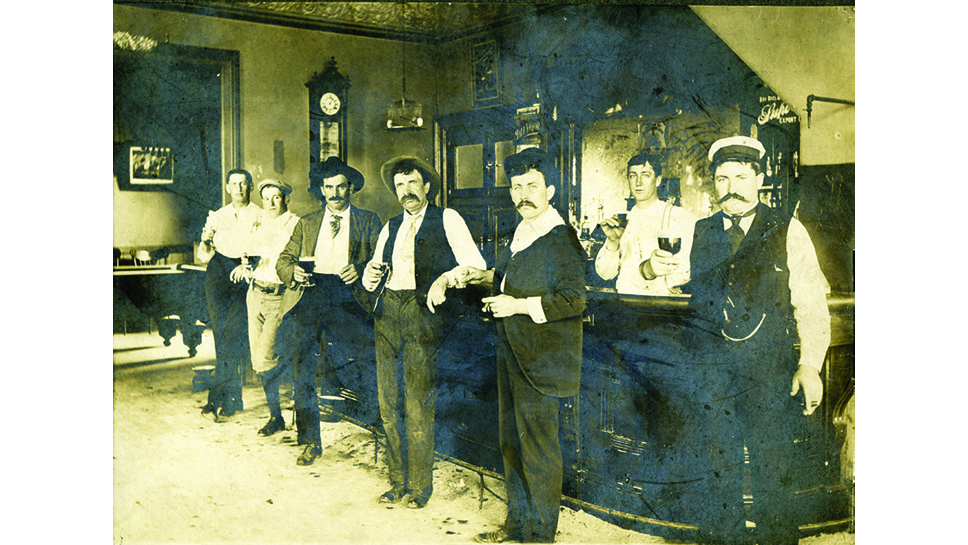 “Beer Wars: Wets vs. Drys on the North Shore” an exhibit at the Wilmette Historical Museum, run until August 4. PHOTOGRAPHY COURTESY OF WILMETTE HISTORICAL MUSEUM

We now know that America’s 13-year experiment with prohibition only empowered gangs, increased violence, and encouraged corruption. But to the hopeful activists of the Women’s Christian Temperance Movement and the Anti-Saloon League, it was the only way to preserve the nation’s identity, keep its families together, and protect its youth.

Given the clear failure of prohibition, it may come as a surprise that many North Shore communities outlawed the sale of alcohol within their borders well into the 1970s.

Support for the temperance movement in the Chicago suburbs dates to the 1830s, with Northwestern University prohibiting the sale of alcohol within four miles of its campus in 1855. This move created a division between the “drys”—Evanston, Wilmette, Kenilworth, Winnetka, and Glencoe, and the “wets”: Skokie, Glenview, and Gross Point.

The “drys” embraced prohibition laws before the national law went into effect in 1920, and maintained them well
after it was repealed in 1933. In fact, Kenilworth only began to allow the sale of alcohol in 2017, making it the final holdout of the “dry” North Shore towns.

To learn more about this fascinating local history, visit the Wilmette Historical Museum to see “Beer Wars: Wets vs. Drys on the North Shore” before it closes on August 4.

Historic photos and ads, a section of an original bar counter, and other saloon amenities will be featured. The museum is open Sunday through Thursday from 1 p.m. to 4:30 p.m. Admission is free.

The Wilmette Historical Museum is located at 609 Ridge Road in Wilmette. For more information call 847-853-7666 or visit wilmettehistory.org.