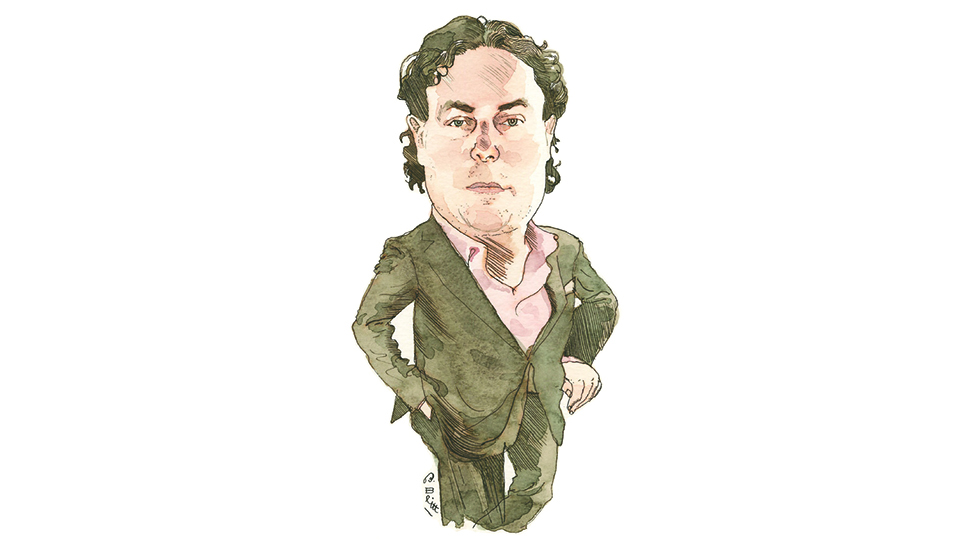 Decades ago, as a student at Niles West High School in Skokie, Michael Klein built a foosball table for an assignment in shop class. His teacher gave him a ‘B+’ instead of an ‘A’ for a very good reason.

“The height of the game table I turned in was incorrect; I built the legs 2 inches too short,” the 57-year-old Klein recalls. “I had miscalculated.”

He lived. He learned.

“Measure twice, cut once—that’s what I learned,” adds Klein, his grin widening with each word.

As CEO of The Airoom Companies— based in Lincolnwood and founded in 1958 by his late father, Burton—Klein now attempts to achieve nothing short of perfection. Airoom’s Design-Build philosophy and S.T.A.R.T. (System to Assure Resources and Timing) Process encompass every aspect of home remodeling and building. Airoom combines architecture, engineering, construction, interior design, purchasing, and financing for home additions, high-end kitchens, luxury master baths, and custom homes.

Airoom, which majors in personalized home remodeling and renovations, has designed and built more than 16,000 projects in the city and suburbs. The goal? Airoom wants you to love your home again.

“We are in the business of completing custom, one-off home projects that match
each customer’s style and wishes, and we’ve stood the test of time,” says Klein, who served as vice president of Airoom from 1984-2000 and is a founding member of Chicago’s National Association of Remodeling Industry. “We’ve survived in a very difficult industry.”

It’s also a field with plenty of rewards for Klein, perhaps none bigger than working with his eldest son, 23-year-old Maxx, who has been an Airoom project development manager for about a year. Like his father, Maxx graduated from Indiana University’s Kelly School of Business.

“It’s been nice,” says Klein, who, with his wife, Maryfran, has lived in Winnetka for 25 years (and usually orders an omelet with feta cheese at Café Aroma, his favorite breakfast spot in his hometown.)

“Youth and optimism,” he adds, “can be unstoppable. Maxx has that spark, that constant enthusiasm.”

“He had discipline, along with a strong work ethic,” the Lincolnwood native notes. “Most people born in the 1930s became start-up, entrepreneurial business people. My interest in doing what I’m doing now began in shop class in high school, making furniture and other pieces. I loved shop, took every shop class I could.”

Among his passions today, Michael helms the Airoom Charitable Foundation, launched in 2003 with a primary target in mind: To provide research funds for heart valve disease. His family has a history of the condition. His middle child, 22-year-old Jack, received an aortic valve replacement at the age of 18.

The foundation funneled capital toward the creation of a medical imaging center at Ann & Robert H. Lurie Children’s Hospital in Chicago.

“My wife and I felt strongly about selecting a specific issue that the foundation would address,” says Klein, whose third child with Maryfran is Natalie, 20. “You have to have a focus. You have to push technology, as well as support a particular type of medical research, if you’re truly interested in seeing breakthroughs. We’re excited about the foundation and Lurie’s efforts in the partnership.”

Klein considers Airoom a viable associate with homeowners in an evolving housing market. The cost of construction, he reveals, has risen 27 percent in the last three years.

In his first 25 years in the industry, the price of most homes—even if a homeowner did little to enhance or update the asset—“kept going up, up, up,” sometimes in spite of the home’s old appearance.

“You’ve heard homeowners say, ‘Well, our house has charm’,” says Klein, a member of YPO Gold, the National Kitchen and Bath Association, and National Association of Home Builders. “The word charm, in most cases, is code for ‘old and needs work.’ Buyers want fresh. Buyers want current. It’s important for people to look at their home as an asset that needs attention. Buyers don’t want 20-year-old kitchens, baths, mudrooms, and musty basements. Today’s homeowners are finally realizing that it’s critical to prevent depreciation and devaluation by keeping the house updated and spaces current using today’s style, technology, and lifestyle requirements.

“You do that,” he adds, “and you’re protecting your asset from devaluation and get more enjoyment and appreciation from your home at the same time. If you don’t, your obsolete home is going to take a haircut in price, as no one wants outdated without a major discount for the work and updating you never did. More focus on creating a current physical environment that enhances your family’s lifestyle and fun at home will most likely translate to better values when you want to sell.”

Airoom’s home in Lincolnwood reflects that kind of healthy, farsighted thinking. Its show- room looks striking, since undergoing a transformation 18 months ago. Most of the 30,000 square-foot space was rebuilt to accentuate sturdy, sustainable materials and design trends in kitchens, appliances, baths, doors, and window technology. It was designed, essentially, to fuel each customer’s imagination, and case studies from previous Airoom work are available for visitors to explore.

Back to Klein’s previous life, as a budding builder at Niles West HS.

“I didn’t peak in high school,” Klein recalls. “I was still growing and was a late bloomer. I was a year younger than everybody else in my class. I was always chasing.”

Today, that former chaser continues to run a company that’s well ahead of the pack in the remodeling industry.

Airoom’s Design Build Center is located at 6825 Lincoln Avenue in Lincolnwood. For more in formation, call 847-763-1100 or visit airoom. com.