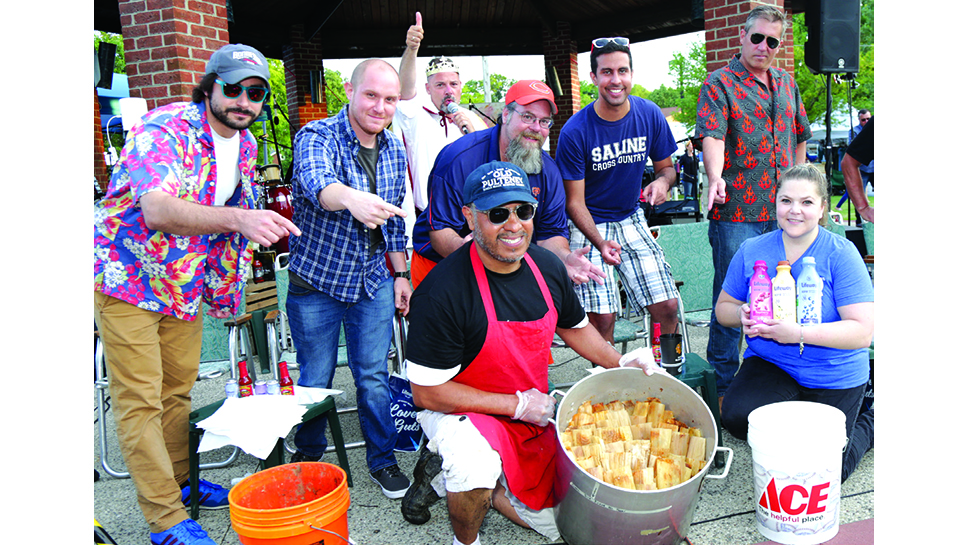 Summer is finally here and the City of Highwood is getting fired up. Celebrate Highwood’s Inferno Fest comes to Everts Park on Wednesday, June 26 with some of the North Shore’s spiciest foods and beverages.

The fun, fiery festival will feature such spectacular creations as spicy pasta dishes, peppery nuts and popcorn, piquant tacos and salsa, hot wings, and other daring dishes to taste. Live music by Derrick Procell and the Redeemers is sure to create an entertaining atmosphere while visitors sample the hottest foods on the North Shore.

For the most fearless foodies eager to show off their spice tolerance, there’s even an Inferno Fest Eating Contest. Open to adults 18 years and older, the free competition starts at 8 p.m. at the gazebo. The person who can eat the most La Casa de Isaac “hot taquitos” without calling for a Kefir Cool Down wins a $200 gift card.

A competition truly meant only for those with iron stomachs, organizers say that some who dared enter in the past were never the same again. (Note that all brave competitors are required to complete and sign a participation waiver prior to the contest.)

“Inferno Fest will be a test of taste buds and endurance for all those who dare to compete,” says Eric Falberg, president of Celebrate Highwood and a Highwood Alderman.

Thankfully, Kefir Kids will be on hand to rescue sweltering mouths with Kefir non-dairy smoothies to cool down their palates after the competition. For those not in the know, milk interacts with spices to cool taste buds in a way that water or soda cannot. Dubbed as the “the champagne of dairy,”Lifeway Kefir will be on site with cool down samples to share with anyone who is coming out to Inferno Fest.

Don’t like spicy food at all? Never fear.The event happens to be taking place in conjunction with all the usual vendors at the weekly Highwood Evening Gourmet Market so there’s sure to be something for every taste.