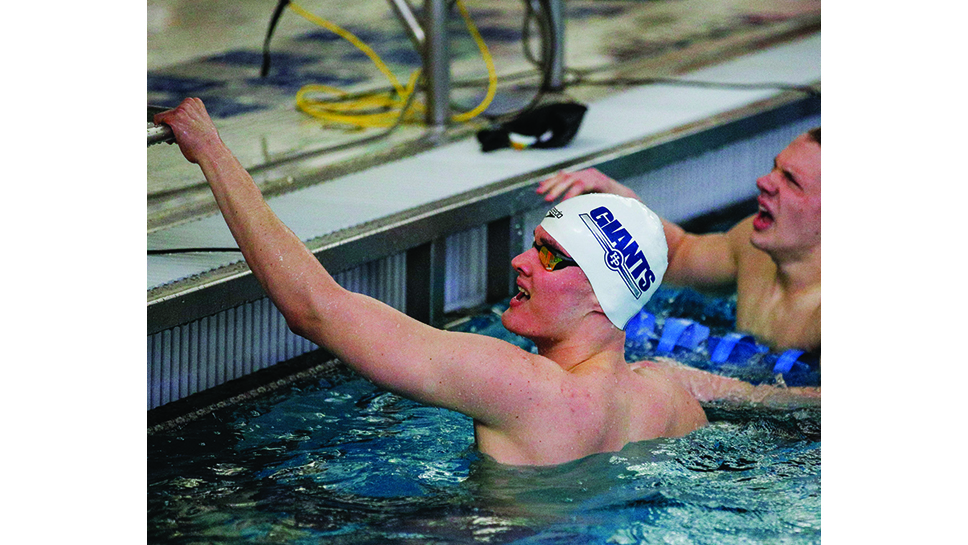 They hit the books. Hard.

The girls compete in the fall, and the boys race and plunge in the water.

“What our student-athletes did in the classroom blew me away,” says HPHS math teacher Tim Sirois, who coaches both of the school’s swimming and diving programs and serves as president-elect of NISCA. “I bragged about them to my classes.

“I don’t know exactly why our athletes do so well, grade-wise, but I’m pretty sure it has something to do with the culture our programs establish each season. Our swimmers and divers value academics, and those new to our teams pick up on that.”

Returning girls varsity members and incoming freshmen begin training for the fall season in early August, well before the start of classes. Team bonding also kicks off weeks before the rookies sit down to tackle their first high school tests away from the pool. 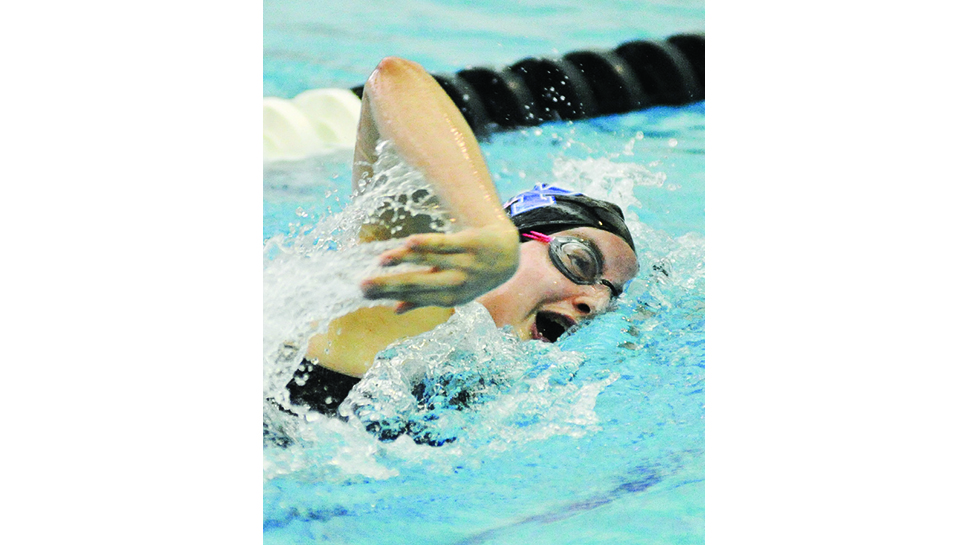 now and then a student will get slammed with a lot of homework and sit out a practice in order to complete it. A young teammate came up to me once, asking about geometry. She knew it, understood the subject pretty well, but she just wanted to make sure she was doing it right.

“I was happy to listen and help her.”

Smith, set to head west and study and swim at Pomona College in Claremont, California, finished with a GPA considerably north of 4.0 after placing 15th in the 100-yard butterfly, with a time of 56.56, at last fall’s swimming and diving state meet at Evanston Township High School. During a visit to Pomona, a liberal arts college with Division III athletic programs, she found out how much the women’s swimming coaches care about guiding and developing swimmers who strive as diligently for high grades on land as they do for low times in water.

Sirois and his HPHS assistant coaches espouse a similar credo, encouraging their charges to put well-roundedness before single-mindedness.

“Tim,” Smith says, “is very accessible. He responds to emails right away. He cares about you, the swimmer, and you, the person. Need a one-on- one with him, about swimming or about academics? He’s there for you.”
Four recent male HPHS graduates also landed on the 2018-19 NISCA Academic All-American team. One of them, Dartmouth College-bound Andrew Vorobev, received Scholastic All-America honors from USA Swimming. Elliot Starkman, Konrad Schmid, and Jake Reisner emerged as the other Giants to have earned NISCA Academic All-America accolades.

Vorobev sped to eighth place in the 100-yard backstroke (50.42) and to 13th place in the 100 butterfly (50.36) at his final prep state meet, held in February at New Trier High School. Schmid swam on three relay teams at state, and Reisner anchored the Giants’ 200 freestyle relay unit at state.

“At our eighth-grade boys Parents’ Night, the parents discovered how much we stress academics at the high school level,” Sirois says. “They appreciated that. If a boy or a girl swimmer or diver in our programs is struggling in the classroom, that student will be able to rely on at least one teammate to help—and not just the kind of help a tutor would provide. Our kids are there to either point the struggling student in the right direction, or to say, ‘I’m available to help you overcome your difficulties in any way I can.’”

Because Sirois is a teacher at HPHS, he gets to track his athletes’ performances in the classroom. Noticing a Giant’s precipitous dip in a grade or two allows him to morph from a coach to a case- worker.

But based on his athletes’ consistent propensity to ace courses, left and right—the Giants’ 2017 girls swimming and diving team generated a cumulative GPA of 3.96 (No. 3 in NISCA’s nation- al rankings)—Sirois hasn’t had to wear his ‘case-worker’ cap all that much.

“Swimmers are a lot like cross country runners, when you consider how demanding each sport is, along with the work ethic required to succeed in each,” says Sirois, whose HPHS boys squad, in February, captured the program’s second sectional championship in 40 years. “They’re okay with repetitiveness.They’re okay with delayed gratification. They’re disciplined and goal-centered, always going for faster times and willing to put in the time necessary to get better, even though a season might not start out so well for them.

“Many of our kids,” the coach adds, “likely use that same approach in school.”

A swimmer’s slow time in an early-season race, therefore, is akin to a low grade on that swimmer’s paper in early September.

There’s time, plenty of time, to earn a spot atop an awards podium.

And on an Academic All-American team.