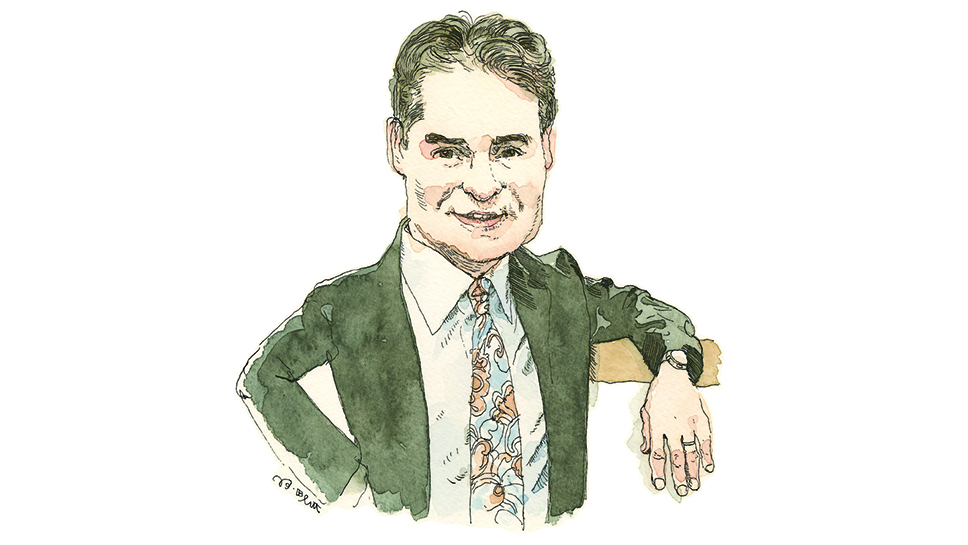 Just west of “Main Street,” the central corridor running through Kohl Children’s Museum of Greater Chicago, sits Turtle Rock, home to four Southern Painted turtles. It’s a hot spot of activity, both for the turtles who warm themselves on rocks, and for the kids who press faces close and watch the turtles swim, doze, and skitter about. Currently, Turtle Rock is the only permanent exhibit at Kohl with living animals. But if Mike Delfini, Kohl’s new President and CEO, gets his heart’s desire, there may be more critters to come.

“Children love to watch, learn, and interact with the real thing. And as a children’s museum, we have the incredible opportunity to give them all of that,” says Delfini. “We can be part science museum, history museum, art museum, and zoo—the only common denominator is children. Other museums struggle with more limited parameters: A science museum tries to be more zoo and gets pushback. A history museum tries to be more art and gets pushback. But a children’s museum can be anything.”

Delfini comes to Kohl at the front end of a $15 million campaign to grow the museum’s leadership serving the Chicago area and the national children’s museum landscape. Kohl will be updating and expanding its buildings, exhibits, offerings, and access and inclusion programs. Among the exciting new plans, there will be a new Imaginarium with interactive elements for gross-motor play—enhancing the year-round connection to nature with an indoor/outdoor space that complements the mu seum’s two-acre HabitatPark. And Kohl’s already muscular efforts with pop-up museum exhibits it takes all over the country, will be enhanced with the addition of a new support wing. The wing will give exhibit technicians the ability to create new exhibits and to refurbish existing ones on site.

It’s a threshold upon which Delfini is thrilled to be standing. Coming to Kohl after being part of the team that grew the Shedd Aquarium to include the Abbott Oceanarium, Delfini has spent his entire career shaping Chicago museums. At Shedd, Delfini was Vice President of Planning and Design, a role that continued to expand until he became Chief Operating Officer at the institution. But it all started for him at the Field Museum of Natural History.

Graduating from the University of Illinois Chicago’s College of Art and Architecture, Delfini took his design degree and portfolio and made a beeline for the Field.

“Yes,” he laughs. “All I ever wanted was to work at a museum. I just loved them.”

Delfini came to the Field when it was under the directorship of Michael Spock, son
of Dr. Benjamin Spock, famed pediatrician. Spock came from the Boston Children’s Museum and brought a unique perspective to museum exhibits and experiences, says Delifini, which was very innovative for the Field, and made a big impression on him.

“It was an amazing thing to be on the design team working on exhibits during that time— Ancient Egypt, Traveling the Pacific Northwest, and so many more,” he says.

During the four years he worked at the Field, Delifini never left the museum campus for lunch. Instead, he went over to the Shedd where he’d sit on his favorite bench in front of the Caribbean Reef to eat, watch the sea animals swim by, decompress, and absorb the quiet, soothing mood of the dark, cool atmosphere. One day, eating lunch in his customary spot, Delfini saw signs posted, announcing the upcoming addition of the Oceanarium and the master plan to bring beluga whales to Chicago.

“I looked at those signs and I thought to myself, this sleepy little dark museum is about to wake up,” he recalls.

So again, Delifni went knocking on the design director’s door with his portfo- lio, and again he was hired. But this time, he became part of a team of young, passionate professionals that would shape the Oceanarium and the Shedd into what they are today. Delfini stayed on for 27 years. Throughout the course of those decades, Delfini’s inherent skills at both planning and design matured. Combined, those skills form the base of design thinking—the process that now helps businesses worldwide embrace change and solve problems.

It’s a mode of operation that helps organizations step away from “vague thoughts of what they think they need to do, to what they really need to do,” explains Delfini.“That process of shaping the right questions, answering them, and creating the right action plan to execute on the answers is something, as a creative, I’ve done all my life. It’s the way we are approaching what will soon happen at Kohl.”

Delfini grew up on Chicago’s south side, one of four boys born to parents who immigrated here from the town of Palena, in Abruzzo, Italy. The family spoke the Palena dialect, as well as formal Italian, plus English. The Delfinis move back to Italy for Mike’s fifth and sixth grade years of school was a transition that was challenging for Mike.

“In Chicago, I was called all of the racial slurs with which people labeled Italian immigrants. And then moving to Italy, I was labeled a dumb American,” Delfini recalls. “It was very confusing for a child. I have had compassion for the outsider ever since.”

The move to Italy was meant to be a permanent relocation, but with his father commuting for work-week stints at the Fiat plant in Turin, only rejoining the family on weekends. “That got old really fast,” he says. “So we moved back.”

The family put down roots in LaGrange, where Mike later married his high school sweetheart Karol, and raised their three children. Delfini’s childhood and his parenting scheme for his own family was full of time outdoors, exploring the fields and woods and streams, “Punching holes in coffee cans to catch crawfish or tadpoles, climbing trees, building tree forts where we had to scavenge our own wood, unbend nails from construction sites, and figure out how to do it on our own. We were outside creating and exploring all the time.”

He also absorbed his family’s cooking roots which go back to his great-grandfather and great- grand-uncle. Brothers who owned a mill and pasta-making operation in the neighboring towns of Palena and Fara San Martino, Italy, the two had the foresight to bring their pasta brand, DeCecco, to Chicago for the 1893 Chicago World’s Fair, a move which established DeCecco as one of the leading pasta brands in the country.

But Delfini learned the art of making fresh pasta from his grandmother and mother, preserving family culture and the Abruzzo sauces by making fresh pasta every Sunday for his family and their friends. Usually, it’s either gnocchi with a deeply flavored sauce made with tomato, onion and pork neckbones, or pasta chittara with an Abruzzo bolognese made from lamb, pork, beef and tomato.

“I still have the chittara my grandfather made,” says Delfini, describing the zither-like pasta making contraption strung with wires that predated pasta machines. “You have to roll out the pasta dough, place it over the chittara, and then roll over the dough again. The wire cuts the pasta into individual noodles, which have square sides, rather than the round shape of spaghetti. Then, you pluck the strings to allow all of the noodles to drop down and separate.”

While it’s unlikely Delfini will be teaching pasta making classes at the Kohl, the hands- on, creative exploration he enjoyed as a child, fostered in his own family, and supported at the Shedd Aquarium, will continue at Kohl. So will his facilitation and support of outreach to all cultural groups, the disenfranchised, and the underprivileged.

“It’s so important to constantly remind children that they are important. That they have value. That they are smart. Because so many have to face a constant ambush of negatives. With Kohl, we not only want to build new pathways for positive growth and experience conceived by adults. We want to open the way to bring in ideas from the children themselves. Imagine what that could look like! The possibilities are endless.”