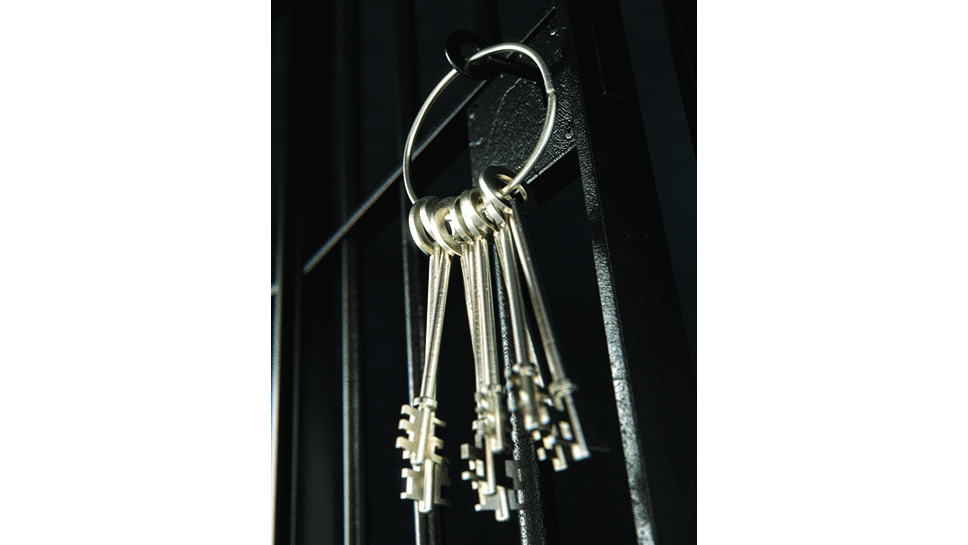 This caper opens like any other whodunit. Officer Engels has misplaced the key to the Gross Point jail cell. Whatever will he do?

Find it, of course. But not without help from families like yours who are being recruited by the Wilmette Historical Museum to participate in an old-fashioned scavenger hunt.

Think of it as a “Where’s Waldo?” for local history.

From June 17 through August 4, kids aged 13 or younger can go to the Wilmette Historical Museum or the Youth Services Department of the Wilmette Public Library to get a game board and directions. The theme of the hunt is “Missing: Officer Engels’s Key!” Families are invited to find Officer Engels and his key at multiple locations around Wilmette.

“This year’s theme to find Officer Engels’s missing key to the Gross Point jail cell is one that we have been wanting to do for a while,” Wilmette Historical Museum Community

Engagement Director Laura Winston says. “The jail cells are a highlight for most of our younger visitors to the museum.”

This will be the fourth year of the scavenger hunt. The theme in previous years has ranged from portraits of Potawatomi people to images of Archange Ouilmette, the village’s namesake. The focus this year is on the Historical Museum building itself.

“History is all about how things change, and the idea of repurposing buildings is an important one today,” Winston says. “After completing the hunt, we hope that kids will be able to explain why our museum building has a jail cell and that they will start noticing other buildings that have interesting life stories.”

Winston says the greatest reward for her is meeting kids who have joined in the previous years’ scavenger hunts and still recall the Wilmette history stories they learned.

“The hunt is a fun way for kids to learn about the history of their community,” she says. “Kids gain a greater sense of community pride when they know about its history.”

The scavenger hunt is designed to be easy for kids to finish, because the point is to have fun learning.

“The hunt can be completed at your own pace and is a good way to check out Wilmette businesses that you may never have visited,” Winston adds.