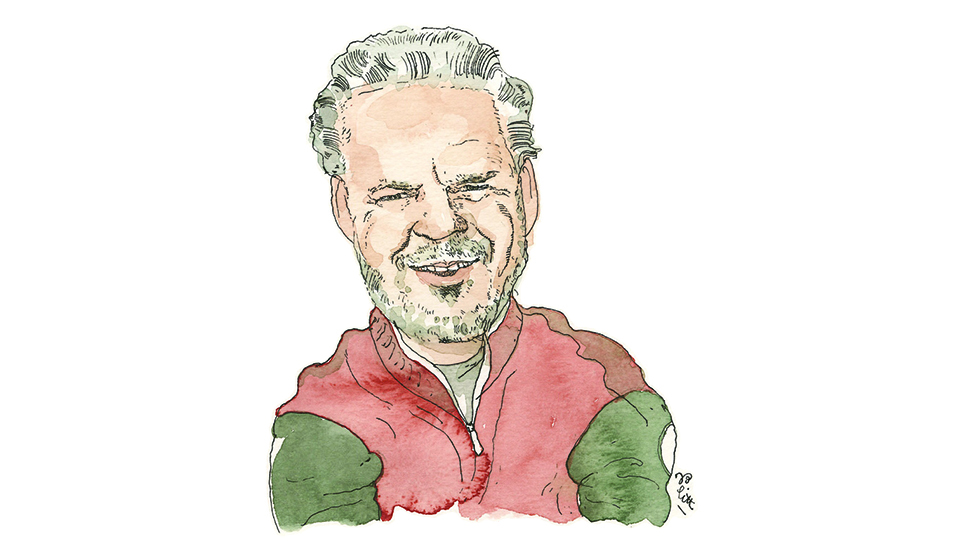 The day before Wilmette-based PolarExplorers’s 100th polar expedition was to start, founder Rick Sweitzer was feeling the usual mix of anticipatory thrill and hyper-focused sobriety that always precedes his journeys. Beginning that 12th day of April, six North Pole expeditions were set to launch over a period of three weeks. Five were ski trips traversing the globe’s last degree of latitude, from 89 degrees to 90 degrees North.

The sixth was to be a Champagne flight to the Pole.

Sweitzer had flown to the Norwegian archipelago Svalbard to meet tour participants from Europe, Asia, the Middle East, Scandinavia, North and South America, and New Zealand, who were gathering to be flown to drop-off points where their various Arctic explorations would begin. All knew they would face temperatures more than -40 below, rapidly changing sea ice conditions, high winds, and open water.

But they were prepared and excited. “And then the call came,”says Sweitzer.

Hours before the first group was to depart, the political forces that control flights onto the Arctic Ocean floating landing strips and the basecamp called Barneo where the group was headed, shut everything down.

“They completely canceled the entire Polar adventure season,” says Sweitzer.“This had never happened before, and was shocking news,” he explains. “People were devastated. We worked through this with everyone and then either refunded or rescheduled all of the trips for the next season.”

Although the shutdown was unprecedented, Sweitzer says constant geopolitical and climatic changes in the arctic regions make dramatic delays and shifts in timing part of the polar-travel territory.“It’s what the reality is now,” he says,“So we deal with that and create the adventure despite the delays and hardships.”

In fact, creating adventure despite delays and hardships is pretty much a summation of Sweitzer’s life to date.

His parents—Caesar, a surgeon, and Rachel, a surgical nurse—met during World War II, where Rachel was working in a MASH unit in Normandy, arriving just after D-Day, marching through France with General Patton and tending to the Allied troops behind the lines. Her critical-care ministrations won her The Legion of Honor, France’s highest military decoration.

Back in Wilmette, Dr. Sweitzer became ever more skilled as a surgeon, and Rachel turned her attentions to raising the couple’s four boys. She became the neighborhood’s “guardian angel” along the way, taking in five other boys who needed temporary homes.

When the Sweitzer family accompanied one of Caesar’s clients on a voyage to the Bahamas in 1968, Rick came along. To his horror, his father, who had a heart condition, suffered a heart attack on board the ship. Knowing Caesar needed more oxygen to survive, the captain sent Rick running to the tiny island where they were docked.

“I ran up and down knocking on doors, desperately trying to find an oxygen supply,” Sweitzer recalls. But to no avail: his father died in his arms that night.

He was 15 years old, with two older brothers finishing college and one younger sibling still at home. “I basically became the man of the house in the traditional sense,”says Sweitzer, who helped his mom, did well in school, and was active at his church.

He and his best friend Randy Sorenson launched a painting and home-repair business called Mellow Bros. to earn the money that would pay for their college tuitions.

“We were both interested in free thought and the deeper meaning of life,” says Sweitzer.“We would talk for hours about philosophy, religion, why things were the way they were, and what it might take to change them.”

At the same time, Sweitzer craved adventure, so he started hitchhiking, “to see as much of the world as I could reach.”

Very progressive, Sweitzer’s mom encouraged Sweitzer’s travels, dropping him off at the edge of Chicago where he would catch his rides out of town. “She always used to say, “If you can think it you can do it,” says Sweitzer. “She gave me every space I wanted. She was keenly interested, never judgmental. She questioned some of my moves, but was never critical or restrictive.”

“I’ve always loved the blind corner, not knowing where I am going to sleep that night,” he says. But Sweitzer is also meticulously organized, keeping records and logbooks, skilled at befriending people and fostering fun. “I never stood for more than twohours on a lonely road without getting a ride.”

Sweitzer left his first college—Denison, when volunteering at a drug rehab clinic became more compelling than the schoolwork. He hitchhiked to an Outward Bound program in Colorado, went to Basel, Switzerland, and Salzburg, Austria on an exchange program, then went back to college in the states. This time he chose Macalaster in St. Paul, Minnesota, where he earned degrees in philosophy and religion with a German language minor, and then joined the Peace Corps in Ghana, which went through three military coups during the two years he was there.

While at Macalester, Switzer started creating adventure trips for a group of friends, hiking, camping, kayaking, and canoeing in Northern Canada, and the Boundary Waters. From this, The Northwest Passage was born and expanded to its current iteration, offering kayaking, hiking, rock climbing, and mountaineering adventures all over the world. And out of that, came arctic-focused PolarExplorers, which 25 years ago became the first to guide a dogsled and ski expedition to the North Pole for amateur adventurers.

“I always joke that I started into the adventure tourism business when I was young and single to meet women and feed my adventure rat,” he jokes.

But in fact, Sweitzer did meet his wife Helen, director of resettlement for Chicago-based RefugeeOne—on a Wisconsin rafting trip. “It was just natural that all this took shape,” he says, “I felt then and still feel now, that adventure travel creates life-changing experiences. Bonds form, visions expand, limits are tested.”

After so many trips around and to the top of the world, where will he go next? “I have thought a lot about space,” he says.“If you can think it, you can do it.”

For more information on adventure travel with Rick Sweitzer, go to nwpassage.com and polarexplorers.com.