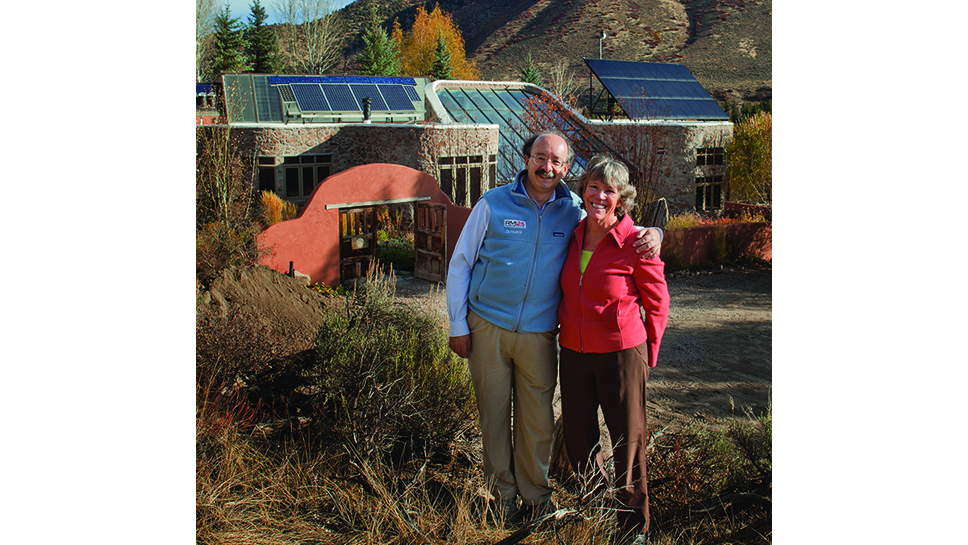 Supporters of Brushwood Center at Ryerson Woods always love hearing who the next recipient will be for the non- profit’s annual Distinguished Environmental Leadership Award. Last year, actor Robert Redford and Sibylle Szaggars Redford were honored at the Smith Nature Symposium and Benefit for their lifelong commitment to land preservation and climate change.

This year’s award goes to another husband and wife team of forward- thinking environmental activists. Physicist Amory Lovins and landscape photographer Judy Hill Lovins of Snowmass, Colorado will be presented with the honor at Brushwood’s 36th annual Smith Nature Symposium and Benefit on June 1.

Introducing the award this year will be Bill Kurtis and Donna La Pietra, also the evening’s masters of ceremonies. During dinner, they will join the recipients on stage for a discussion of photography, climate change, and the future of energy.

A. Gail Strum, chair of the Brushwood Center’s board of directors, praised the couple’s leadership and accomplishments. 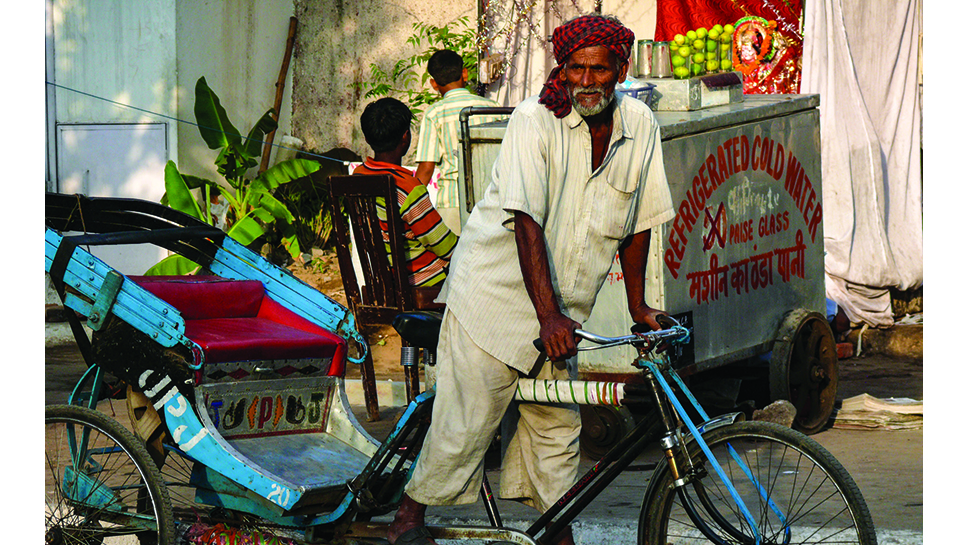 “Amory is a global sustainability trailblazer,” she says. “He promoted the practice of energy efficiency long before it became corporate common sense. Judy has dedicated her life to revealing the beauty of our planet’s natural areas through photography.”

Armory Lovins was a young scientist when the oil crisis of the 1970s prompted him to write an article published during the fall of 1976 in the prestigious Foreign Affairs magazine titled “Energy Strategy: The Road Not Taken?” That question mark suggested two choices then facing the nation—the hard path of reliance on dirty centralized energy generation and the soft path, combining energy efficiency with a shift to renewable supply. His provocative piece became the journal’s most reprinted article ever. Significantly, it caught the attention of then-president Jimmy Carter, who was preparing his energy policy and invited the 29-year old Lovins to the Oval Office to discuss the subject. In April of 1977 the new president gave a nationwide speech calling the urgency of energy conservation the moral equivalent of war. By August of the same year, he had established the United States Department of Energy

In 1982, Lovins co-founded the Rocky Mountain Institute, an independent nonprofit with a workforce of 200 to create a clean, prosperous, and secure low-carbon energy future. He declares that he and his employees operate within the framework of what he calls applied hope. That means our people, he stated, “work hard to make the world better, not from some airy theoretical hope, but in the practical and grounded conviction that starting with hope and acting out of hope can cultivate a different kind of world worth being hopeful about, reinforcing itself in a virtuous spiral.”This definition appeared in the institute’s 2008 annual report and has become emblematic of the RMI.

Lovins has carried this concept of applied hope with him as energy advisor to major firms and governments in more than 70 countries, and it shines through his lectures and interviews. He is the author of more than 30 books and 600 papers on energy. Educated at Harvard and Oxford, he has received the Right Livelihood Award, MacArthur Fellowship, Heinz Award, and National Design Award, among many others.

But it wasn’t until later in life that Armory would meet Judy Hill, the woman he now shares his life and this award with.

The couple was married in 2007, a second marriage for both. “We’re newlyweds,” explains Judy Hill Lovins, her laughter dancing across the miles on a telephone call from their home in Snowmass. She then chron- icled her happily misspent youth as a flower child in San Francisco’s fabled Haight-Ashbury neighborhood. “I went there in the evenings,”she says,“after my job at Macy’s where I sold foundations, including bras. Which,” she added “I did not burn.”

Though born in Colorado, Judy was raised in Oregon, and graduated from Oregon State University with a bachelor’s degree in business administration, marketing, and human resources. As the1960s faded, she hitched a ride from California to Aspen. She always seemed to be carrying cameras.

“That was my joy, my window into everything,” she says, explaining how she worked with medium format and panoramic film, focusing on the beauty of the natural world. Her mission was and remains to “inspire and renew us, and thus encourage us to visit Earth’s special places and understand our role as stewards of nature’s treasures.”

Given her adventurous nature, it was probably inevitable that Judy even spent what she defines as a “brief stint” as a ski bum on the slopes of the city’s majestic mountains. She continues to be an independent fine art photographer and consultant with numerous private and corporate corporations. Her current interest is permanent ink printmaking and digital imagery. Amory is also a photographer and Judy often travels with him as he consults on energy sustainability throughout the world. 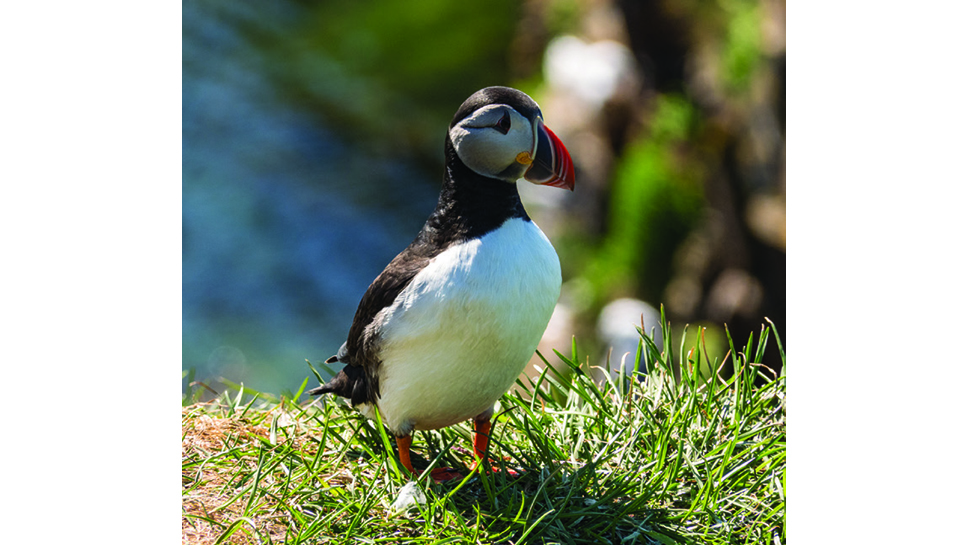 It is no surprise that their 4,000-square-foot home in Snowmass,with its double-thick curved stone walls and massive solar panels, generates more energy than it uses.“We get our energy from the sun,” Judy says, “and it’s free.” Amory grows bananas indoors, as well as coffee beans and mangos in a giant greenhouse in the center of the residence. The couple also recently became an “all-electric car family.”

Their photography will be included in “Global Perspectives,” an art exhibit that opens June 1 at Brushwood Center. “Their photography also focuses on extraordinary landscapes, wildlife, and cultures in Antarctica, Borneo, Colombia, Chile, Japan, Scandinavia, South Africa, and elsewhere,” says Sturm. Artwork by Gregory Leon Baird, John Wylie, and poet Ted Hazelgrove will also be fea tured, along with images from China, Galápagos, Iceland, the western United States, and other locales.

Brushwood’s annual symposium and benefit memorializes the significant civic legacy of Hermon Dunlap and Ellen Thorne Smith, who donated their land and cabin to help form Ryerson Woods. It is held in partnership with Lake County Forest Preserves.

This year’s event will be held on Saturday June 1 at Brushwood Center at Ryerson Woods, 21850 N. Riverwoods Road, in Riverwoods. It begins with cocktails at 5:30 p.m. followed by dinner and program at 7 p.m. Tickets are $250 per person. Funds raised will support Brushwood Center’s nature-inspired art, wellness, and education programs.