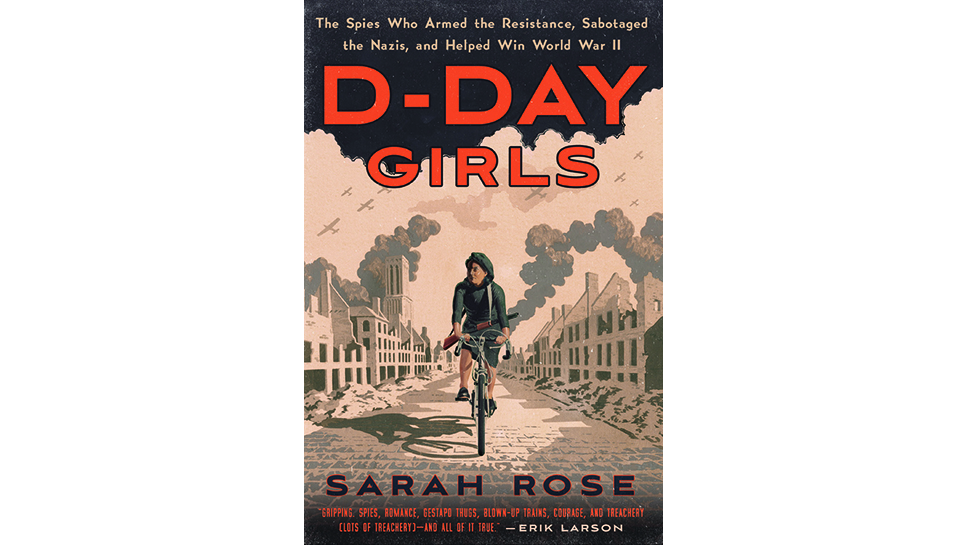 Sarah Rose’s “D-Day Girls,” the gripping new account of the untold story of a group of women who helped win WWII.

With the 75th anniversary of D-Day approaching, The Book Stall in Winnetka hosted a luncheon at Union Club this week with Sarah Rose, author of a gripping new account of the untold story of a group of women who helped win the war.

In 1942, the Allies were losing, Germany seemed unstoppable, and every able man in England was on the front lines.To “set Europe ablaze,” in the words of Winston Churchill, the Special Operations Executive (SOE) was forced to do something unprecedented—recruit women as spies. Thirty-nine answered the call, leaving their lives and families to become saboteurs in France.

In D-Day Girls, Rose draws on recently declassified files, diaries, and oral histories to tell the thrilling story of three of these remarkable women. There’s Andrée Borrel, a scrappy and streetwise Parisian who blew up power lines with the Gestapo hot on her heels; Odette Sansom, an unhappily married suburban mother who saw the SOE as her ticket out of domestic life and into a meaningful adventure; and Lise de Baissac, a fiercely independent member of French colonial high society and the SOE’s unflappable “queen.” Together, they destroyed train lines, ambushed Nazis, plotted prison breaks, and gathered crucial intelli- gence—laying the groundwork for the D-Day invasion that proved to be the turning point in the war.

Rose conducted extensive research in Britain, France, and the United States, reviewing diary entries and recently declassified documents as well as interviewing SOE veterans to piece together their incredible stories. To gain an even deeper understanding of what the women of SOE went through, the Chicago native learned French, parachuted from a plane, went to boot camp, practiced shooting, and tried to learn Morse code— every effort only increasing her respect for what they had endured and accomplished.

“Thirty-nine women of SOE went to war, and 14 of them never came home. These women broke barriers, smashed taboos, and altered the course of history,”says Rose. “They were sent undercover, so they never expected glory, and their story was classified for almost 70 years after the war. With the 75th anniversary of D- Day approaching this June, it is an honor to tell their story now.”