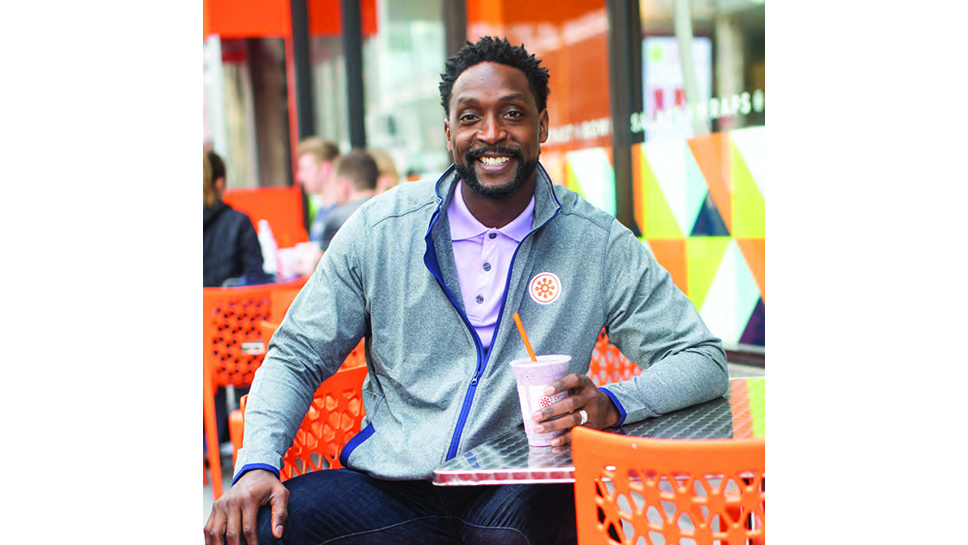 Former Chicago Bears cornerback Charles “Peanut” Tillman plans to row, row, row his boat this summer. But he won’t do it gently, and he won’t navigate down a stream.

Tillman, 38, and Chicago-based Fusion92 executive Jacob Beckley intend to row nonstop in a homemade, two-man boat across Lake Michigan in August. Favorable weather conditions will dictate the exact date of the arduous voyage.

Each man heads a foundation.

Each man will row his heart out in the “Row 4 Kids” event, raising awareness—and funds—for Tillman’s Cornerstone Foundation and the Beckley Foundation.

“We want to show that anything is possible, and I love pushing myself,” Tillman, a Bear from 2003-2014 and a Lake County resident, says. “Have to get comfortable with being uncomfortable.”

The Cornerstone Foundation’s mission is to keep families out of homelessness and hopelessness due to insurmountable medical bills; the Beckley Foundation seeks to spread awareness for underfunded childhood cancers, fund breakthroughs in cancer research, and support families afflicted by childhood cancers.

Tillman—the 2013 Walter Payton NFL Man of the Year for his commitment to volunteer and his charity work, as well as for his excellence on the field—struck up a partnership with Protein
Bar & Kitchen recently. Chicago is home to 13 Protein Bar & Kitchen locations, and the restaurant will support “Row 4 Kids” by donating 25 percent of sales of its Peanut Punch Drink from May 13-26. The drink, currently known as PB&J on the menu, consists of organic peanut butter, blueberry, strawberry, organic agave nectar, vanilla whey protein, and almond milk.

“The Spring Protein Bowl,” says Tillman, who will make an appearance at the 235 S. Franklin
Street location in Chicago on May 17. “It has all of my favorite veggies, and you get three grams of
protein. Who wouldn’t want to eat that? The company is dedicated to healthy eating, and my
lifestyle matches up with that. It’s a perfect partnership. My hope [for his appearance] is that people come in and get educated on good, clean eating, and try some good food. I know I will be fueling up on that day.”

Tillman, who was born in Chicago, was feeling devastated in Lake Forest Hospital three months after the birth of his daughter Tiana in 2008. The second of Charles’ four children with wife Jackie, Tiana needed a heart transplant after being diagnosed with dilated cardiomyopathy. His daughter received a new heart three months later.

Tillman’s family met the donor’s family on the set of  The Oprah Winfrey Show for the first time less than a year later.

“We lived in the hospital with our daughter while waiting for the heart, and we’ve been working in hospitals with families since then,” Tillman says. “We were able to see, first-hand, what families needed, and that’ how we formed our Cornerstone Foundation programs.”

Social workers in eight Chicago-area hospitals nominate families that are in need of help. Tillman, the Cornerstone Foundation’s staff of two part-timers, and volunteers then review each case. The foundation pays an annual average of more than $250,000 to help the families with their onerous medical bills.

“We give back 80 percent of the money raised to our programs,” says Tillman, who forced 44 fumbles (mostly with his patented “Peanut Punch” move) and came down with 38 interceptions in a 13-year NFL career, including his final season with the Carolina Panthers in 2015. “There’s no red tape. And we don’t just help families with children who have heart conditions; we help all families in hospitals.”

Tillman’s relationship with Jacob Beckley kicked off at a fundraiser. It developed at another fundraiser. It grew at yet another. Tillman learned all about Beckley’s unique, grueling fundraising events. Beckley had climbed Mount Williamson in the Sierra Nevada range to generate funds that could lead to “fostering the gleam of hope in a pediatric patient’s and a parent’s eyes.”

Three years ago he hatched the idea to row solo across Lake Michigan—without having any knowledge of rowing, boating, or the lake’s east-west distance (approximately 65 miles). He called it

“Row 4 A Cure.” Beckley embraced the daunting challenge because he figured it would be nothing compared to what children with cancer endure every day.

Funds raised through “Row 4 A Cure” went to a Lurie Children’s research lab dedicated to finding a cure for neuroblastoma.

Tillman and Beckley are committed to helping ease the fears and frustrations of parents with cancer-stricken children. Earmarking money for research is one way. Erasing the mountainous costs of care and treatment is another.

Both the Cornerstone Foundation and the Beckley Foundation recognize the complexity and enormity of devastating childhood disease. That’s why they formed a team to tackle Lake Michigan this summer.

Good thing a former Bear will be in the boat.