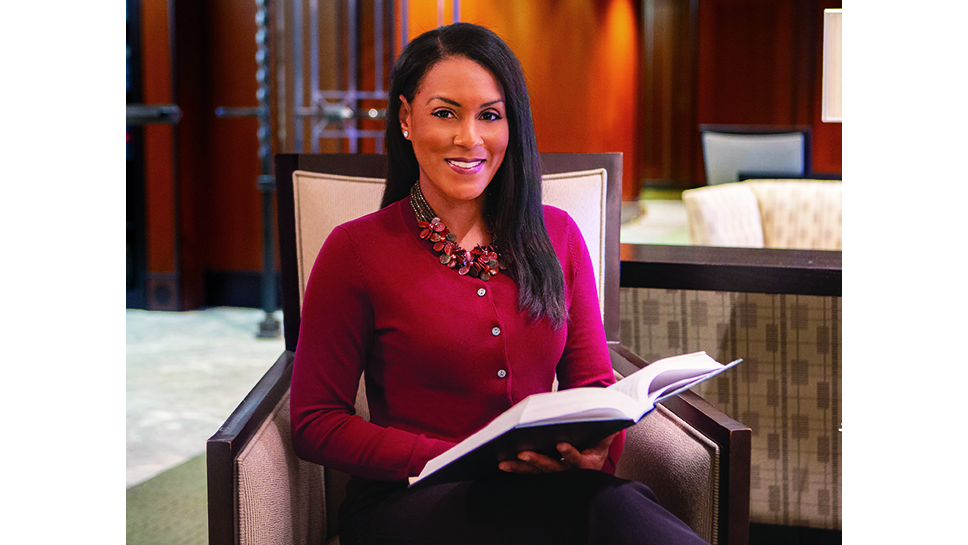 Growing up on the South Side of Chicago,Brenda Robinson loved all things art. She studied music at Morgan Park Academy, dance at the Beverly Arts Center, and relished films and theatrical productions with her family. Right alongside this art immersion, her family’s deep commitment to social justice was a reality and responsibility that Robinson absorbed to her core. That this would impact her life choices as an adult was inevitable. But the energy, resolve, and leadership with which Robinson has acted on those choices? That’s 100 percent Brenda.

This year, Evanston-based Piven Theatre Workshop (PTW) celebrates Robinson as the honoree at their “Once Upon A Stage,” gala on April 27. Shira Piven, accomplished director and daughter of founders Joyce and the late Byrne Piven, will join an impressive roster of invited guests.

Leading the film practice at Swanson Martin and Bell, Robinson is an internationally recognized film producer, and one of the Chicago-area arts community’s biggest philanthropic supporters. She does all she can to bring art to the lives of those who don’t yet have it, and to give voice to artists not yet heard.

“I have had the great privilege of growing up exposed to many different people and life experiences,” says Robinson. “My objective now is to take the extraordinary resources with which I have been blessed and to spread them as far and wide as possible.”

That includes the pivotal work and support Robinson gave to help PTW launch and operate its EPIC Program at the Cook County Jail, starting in the summer of 2016. Each fall, spring, and summer, PTW teaching artists enter the Cook County Jail for 8 to 12 weeks at a time to work with incarcerated women awaiting their trial. The classes are designed to enrich, inspire, and uplift the lives of the participants, while building community and a sense of trust. Patterned after successful prison programs such as The Actor’s Gang Prison Project in California, the EPIC project has been highly successful. There is currently a waiting list of more than 80 women.

But getting PTW into Cook County was no small feat. “Historically, there had been no program like this at the jail,”says Robinson.“And there was no access point for a group like Piven to get in there. But because my family, through the work of my uncle Jesse Jackson, had been going to Cook County Jail for over 50 years, I had a relationship with them that allowed me to facilitate Piven’s entry into Cook County in less than a month.”

Because the causes, projects, and issues Robinson supports are focused on social justice, gender equality, or the arts—especially programming that impacts underserved and minority communities—she went on to personally underwrite the EPIC program for its first two years.

“For me, it is about giving voice to things that matter,” she says. “And Piven does an exceptional job at this. There are a lot of theater companies in Chicago, each doing their best to make a mark in their community. But what makes Piven unique is that it exhibits such a high level of interest in tackling social justice issues through its work. I’ve been continually impressed by the level of engagement and sincere commitment Piven has to better its community and, as a theater company, to make itself accessible to the underserved.”

Especially illustrative of that, this year PTW’s focus on exploring identity and the incarcerated has transitioned to its equity stage: The current (April 6 through May 5) capstone production of Hopelessly Devoted is a play about incarcerated women. Throughout the run, Piven will offer talk-backs and community conversations related to themed elements of the production.

Looking ahead, although it has already doubled the number of EPIC workshops offered to female inmates at Cook County Jail, the waiting list has yet to be fully accommodated. So PTW hopes to add even more classes. This year’s gala will help raise funds to make this possible.

The silent auction (run by WTTW host Baer) includes everything from a luxury cruise to Alaska to a VIP weekend in New York City as guests to The Late Show with Stephen Colbert. Additional honored guests at the gala will include several of the women who participated in the EPIC program at Cook County and are now reintegrated into their home communities, and have continued to participate in Piven Theatre programs.

“It is so incredibly meaningful for me to hear how these women have been able to put to use some of the skills they learned from our teachers in our programs at Cook County,” says Robinson. “We are at a watershed moment today where people throughout the world, Hollywood, and the arts and entertainment community are expressing a deeper and more meaningful commitment to the concepts of diversity and inclusion. Piven is at the forefront of that. I feel very blessed to be in association with Piven and to be in a position to help others through their work.”