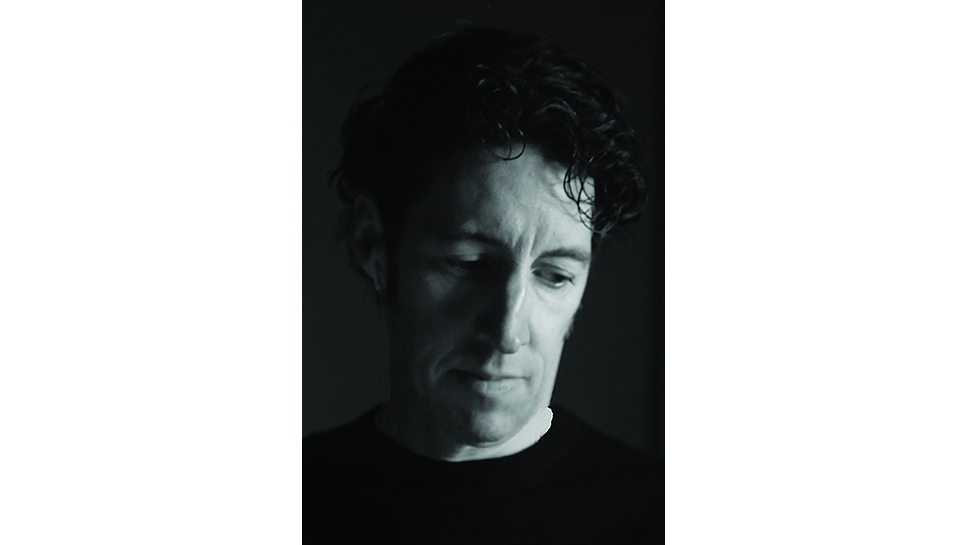 David Hagerty’s professional writing life has been series of forgotten dreams. But he always awakens to rediscover the right path just in time to take it.

That’s one reason Hagerty, 50, is coming back to Chicago for the March 23 full-day Murder and Mayhem conference at Roosevelt University. Some of Chicago’s eminent mystery and crime writers will gather to share their agony, glory, and expertise with fans.

Hagerty is the most thoroughly complete “Chicago mystery writer” around these days, though he’s not actually from Chicago. Hagerty grew up in Winnetka and Kenilworth, and graduated from New Trier High in 1986.

His three published novels all feature infamous, unsolved Chicago murders wrapped inside the life of politician protagonist Duncan Cochrane whom he created.The fourth in the series arrives this spring. Hagerty insists there is nothing autobiographical about Duncan Cochrane (“except we both like Scotch”) and even less historical truth in the inter- woven plots, except the underlying crime happened as he describes. As with all noir fiction, his charac- ters start out the book as a mess, and fall into a deeper hole.

But he remains affixed to his roots. The titles of all four novels are based on the less-remembered lines from Carl Sandburg’s poem “Chicago.” The first three Evolve Publishing imprints are They Tell Me You Are Wicked (based on the 1966 Kenilworth murder of Sen. Charles Percy’s daughter), They Tell Me You Are Crooked (Mayor Jane Byrne moves into Cabrini Green housing project to confront a rash of sniper slayings that ends after her arrival), and They Tell Me You Are Brutal (The 1982 Tylenol poisoner in Chicago who killed seven).

They are perfect grist for murder mystery novel- ists because there were suspects, but no arrests. No resolution other than the one the novelist ponders. The fourth in the series is projected to be They Tell Me You Are Cunning, inspired by the Innocence Project.

After leaving New Trier, Hagerty went on to Vassar College to study English and then left for California. Whatever dreams as a fiction novelist drifted away somewhere along the road west.

He had always told everyone in his personal sphere that he wanted to be a big-time writer. Novels? Of course.

“I knew I wanted to be a writer at 16, but then I spent the next 16 or so years avoiding it,” Hagerty says.“When I was 33 I had sort of an ‘a-ah’moment. I just ended a long-term relationship badly, slept about four hours a night, and found I could get up at 3 a.m. to write. I just realized I had been telling everyone I wanted to be a writer. I decided I’d have to stop doing that, and move on, or else do something about writing.”

He “did something about writing” in 2001 and has been cranking out 500 words a day ever since. Hagerty got even more focused with 15 short, polished mystery stories that magazine publishers gobbled up, then published his first Cochrane novel in 2015.

Along the paths he rediscovers, the power of terrible crime to inspire still fuels him.

He was a reporter at the small-town Benizia Herald near San Francisco from 1990 to 1995. Reality intruded. One of his short stories is based on the killing of Hagerty’s East H Street neighbor, Terry Lynne Hutcheson, who was beaten and stabbed to death in a drug sale dispute. David Meyers was sentenced in 1992 to 17 years to life in state prison. But he was granted parole last summer.

“She was my next door neighbor, and I covered the case (as a reporter),” Hagerty says. “I think the case hooked me on crime. But growing up on the North Shore, that kind of crime is not something close to you, or touches you. There is very little violent crime on the North Shore. It’s very hidden.”

“I found a culture in jails that was much more diverse than I would have expected, and much dif- ferent from those portrayed in movies and TV,” hesays. “I found a lot of young men who had potential. So I became inter- ested in what could be done that leads them to a better road.”

Since teaching himself novel writing, he’s discovered what he misunderstood about the process. “Whenever someone asks me how to be a novelist, I tell them to spend an hour every day, and write 500 words. Every day, even when you’re on vacation,” he says. “I thought writing was about talent. I’m finding out it’s about butt-in-seat. You have to work at it.”

Nothing important is easy, he says. “I slog through the first draft.That’s the hardest part for me.I figure if the first draft is done, and I die tomorrow, someone could look at it and say, ‘It sucks, but I see where he was going with this.’ The first draft takes about six months.”

Today, Hagerty lives 35 miles east of San Francisco in Martinez, California, with his wife, Diane, who teaches elementary students in Benicia. “I’m a recovering exercise junkie,” he tells fans. “I was on crew in college; in my 20s, I was a bike racer; in my 30s, I was a cross-country ski racer. In my 40s, I’m either a has-been or a never-was—I’m trying to decide.”

With three books in print and a fourth coming, you might think he is making a killing off unsolved Chicago murders. “No, it’s still a side-hustle,” he says without rancor.

But that could change with one movie option. It’s a path. Hagerty has always been good with finding paths forward.

For more information about how to see Hagerty at the March 23 festival, visit murdermayhemchicago.com.