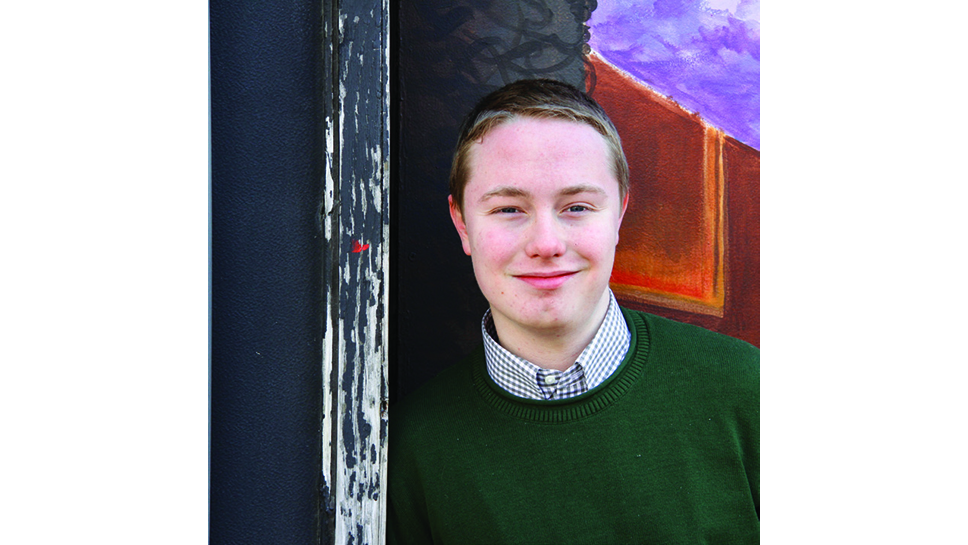 Graham Ambrose was 3, maybe 4, when he joined his grandmother Catherine to see Ratatouille in a movie theater. He can’t remember a movie experience before then.

His most vivid memories of the day he watched the animated flick about a rat that dreams of becoming a great chef in an industry that detests any hint of an association with rats?

“How great the landscape of France looked in the movie,” Ambrose, a sophomore at New Trier High School, recalls. “And how much my grandma hates rats. She was not happy, not happy at all, that my dad [Brian] had asked her to take me to see Ratatouille.”

Graham’s happiest place today is a seat in a movie theater. A close second is in another seat, writing a review about the movie he had just seen.

Or talking about the movie he had just seen.

“I was an average moviegoer for a long time,” says the 15-year-old. “It was, occasionally, a weekend activity for me. Not anymore. I’m more interested in movies, dedicated to watching them. My first review of a movie, I must have been a fifth-grader when I wrote it. But it wasn’t a ‘review’; it was more of a recommendation, telling the readers, ‘Go see it’, and giving them reasons to see it.”

The Winnetka resident writes movie reviews and pieces about movies for New Trier’s student newspaper. During movies he takes notes in the dark, using only his mind. He also takes the responsibility seriously, sprinkling factoids here and there and employing a lively writing style to punctuate his copy. Readers have told Ambrose, “It’s like you’re talking to me when I read your review.” Ambrose has read robotic movie reviews. Each got a thumbs down from Ambrose.

Dean Richards, the WGN movie critic and entertainment reporter, gave Ambrose two thumbs up, way up, on July 8, 2017. Ambrose visited the radio studio on that date, thinking he’d simply shadow an employee and learn all about knobs and sounds and the station’s mixing board. Ambrose instead spent 10 minutes talking movies with Richards—on the air. The kid critic and the older critic have aired their cinematic insights, during the same radio segment, six other times.

“Very funny, affable,” Ambrose says of Richards. “I saw him at Ravinia one day; he saw me. We connected there, too.

“I send him my movie reviews all the time.”

An honor student and member of New Trier’s debate team, Ambrose saw all eight 2018 Best Picture Academy Award nominations. Last weekend’s Oscars broadcast was the sixth he had stayed up to watch at home.

“I’m glued to the TV, every year, on that night,” says Ambrose, who has attended two film festivals, one in Chicago, the other in Traverse City, Michigan. “I’ll stay up until midnight, or whenever it ends. Academy Awards night is like New Year’s Eve to me.”

The 2018 documentary They Shall Not Grow Old, directed by Peter Jackson, did not get nominated for an Oscar because it missed the October 1 filing deadline. Ambrose saw it in a Glenview theater last month. The doc featured original footage of World War I

from the Imperial War Museum in England.

“It blew my mind away,” Ambrose says. “I now know what it must feel like to watch a war unfold. It was a classic ‘You are there’ documentary. It was great. See it.”

Some factoids about Ambrose: his mother, Julie, is a Lake Bluff native and a French teacher at Washburne Middle School in Winnetka; one of his father’s good friends, three-war veteran and Distinguished Service Cross recipient Mark E. Mitchell, taught him how to jet ski atop a lake in Wisconsin; and his uncle Pat coaches varsity boys basketball at Stevenson High School in Lincolnshire.

Graham Ambrose would like nothing more than to net a career in film criticism. Radio? TV? Print?

Do you know a student doing outstanding work in the field of charity, science, arts, business or education? Please send your suggestion for Standout Student to [email protected] northshoreweekend.com.