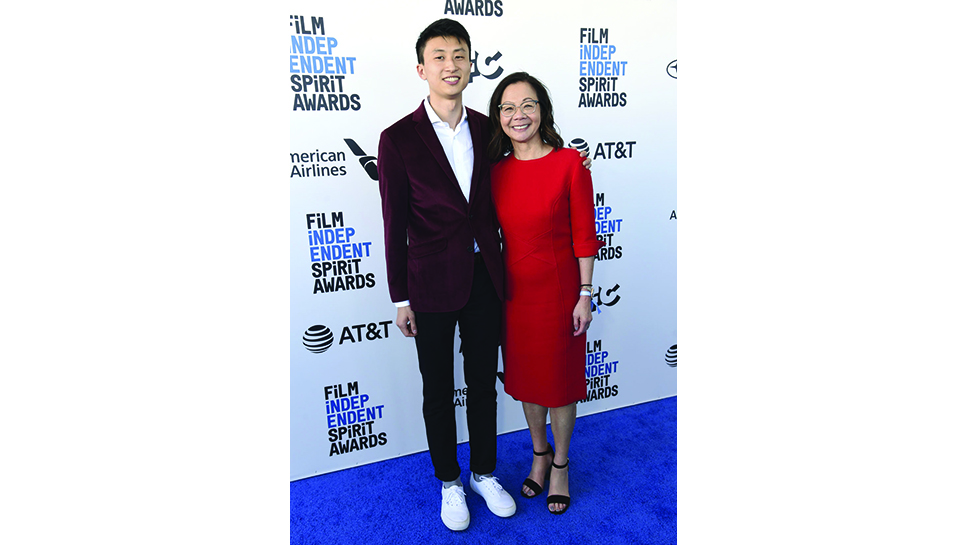 Lake Forest filmmaker and producer Diane Quon is one of the North Shore’s hometown heroes. We’ve written about her Academy Award-nominated documentary, Minding the Gap, in The North Shore Weekend and our sister magazines.

However, the eyes of the world were upon her last week as she accompanied the film’s director, Bing Liu, to star-studded Oscar Week festivities in Hollywood.

Quon—a veteran Hollywood producer who took a break from the business to raise her family in Lake Forest—has been working as a producer with Liu and his Kartemquin Films for three years. Minding the Gap, a coming of age story of three skateboarders who bond across racial lines to escape volatile families in their Rust Belt hometown of Rockford, was nominated in the Best Documentary Feature category at last Sunday’s 91st Academy Awards.

“If you’re going to spend years working on a film, and often not making much money, then you want to make films that make a difference,” she told The North Shore Weekend last year. Directed by first-time director Liu, the feature-length film had its premiere early last year at the Sundance Film Festival, where it received a Special Jury Award for Breakthrough Filmmaking.

“In the indie film world, screening at Sundance gives you unbelievable credibility and exposure.

We felt so lucky to be there,” Quon said. Since Sundance, Minding the Gap had been picked up as a Hulu Original, screened at more than 100 festivals in the United States and throughout the world, had a short theatrical run in major markets, and is scheduled to be broadcast on PBS in early 2019.

While the film ultimately did not bring home an Oscar for Quon, she got to enjoy the glamour and buzz of being in Hollywood for multiple Oscar Week festivities—including an intimate luncheon at the Beverly Hills home of Diane von Furstenberg to honor female nominees at the 91st Oscars.

Ellen Stirling, owner of the Lake Forest Shop, said she and her staff worked with Quon to build a wardrobe for the red carpet and beyond.

“She wore three different dresses from the Lake Forest Shop,” Stirling said. “Two were designed by Lourdes Chavez, one of which is for the Oscars ceremony. The other two dresses are for events before the actual ceremony—another Lourdes Chaves and a dress by Frascara.”

Stirling says she was proud to be a part of this special week for Quon, and to see her walk the red carpet in style. “She was an absolute joy,” adds Stirling. “She is an extraordinary person in every way and all of us at the shop enjoyed working with her.”

Looking ahead, Quon is taking on one of her biggest challenges in her re-launched career. She has optioned the film rights to the New York Times bestselling book, Hotel at the Corner of Bitter and Sweet, by author Jamie Ford. It’s another coming of age story—this time about innocent young love told against the backdrop of World War II and the domestic internment of Japanese Americans.

“The book is such a wonderful reminder that no matter what back- ground we come from, we share so many more similarities than differ- ences. I want people to come out of the film appreciating a great, universal story—a story that anyone who has fallen in love will enjoy,” Quon said. “I know making this film is not going to be easy, and it may not even happen, but at least I’ll know I had tried.”