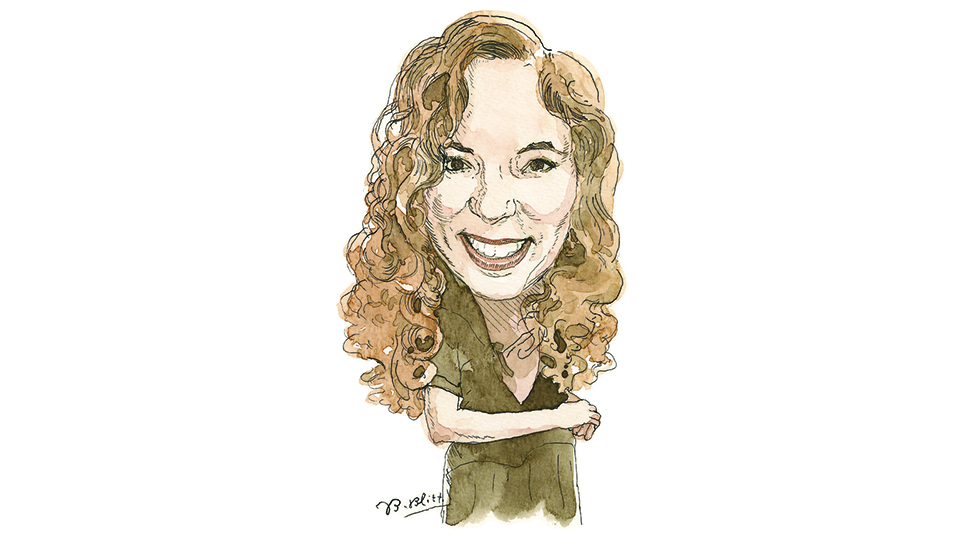 A 7-year-old Pamela Fox sifts through albums left behind by Grandma Ida, who had moved to California. She sits in the basement at her home in Cincinnati, checking out a Chubby Checker LP, an Elvis Presley 78 RPM record.She comes across a Glenn Miller Orchestra album, removes it from its cover, pops up to connect it to the family stereo.

Seconds later, Pamela’s heart beats faster, triggering an onslaught of tingles.Even her tingles have tingles. The music is that powerful.

“Pow! … I loved the sound, immediately,” recalls Fox, all grown up now, 45 years old, and the owner/director of Studio North Academy of the Performing Arts (SNAP) in Wilmette.

“It felt like an explosion as I listened to that kind of music for the first time. I thought, ‘This is my music, my kind of music.” I wanted to dance to it.

“I listened to ‘A String of Pearls’, over and over, on that day. An hour straight.”

Pamela later discovered the classical music station on the radio at home. The middle-school student would listen to it in the morning
on school days. Raptly. I’ll have a bowl of Cheerios, with a side of orchestra. She did not miss the school bus once.

She missed it three times.

“Three times, at least,” a grinning Fox, sitting at a Hotcakes table in Wilmette, says, her order of blueberry pancakes on its way.“Never made it out the door.I couldn’t tear myself away from the classical music on the radio. Big band music, music from the 1930s and 1940s, touched my soul. It still touches my soul. I’m also a huge Mozart fan.”

Fox was an avid singer and dancer who did “a ton of theater”at Sycamore High School in Cincinnati. Artsy cubed. She portrayed a lost boy in Peter Pan and landed the lead role in the musical Into the Woods. She attended the University of Kentucky for a couple of years before transferring to the University of Cincinnati College Conservatory of Music. Her first job in the arts, post-Conservatory years, was performing the lead role in Pinocchio, no lie, for a Mobile, Alabama-based theater company. Fox owned Chicago’s first cabaret-during-the-day, pacy productions, joining music partner Cyndi Stevens and performing shows for senior citizens at park districts and senior centers and other venues. Field trips to restaurants and theater productions in the city thrilled the seniors—and pacy (short for Pamela and Cyndi). The pair accompanied as many as 80 golden agers on the memorable excursions.

“I love seniors,” Fox says, adding the unique venture lasted about four years. “I felt very sad that many weren’t able to spend time together with their friends, eating out and enjoying the arts. They had so much fun; we had so much fun. Pacy wasn’t sustainable, unfortunately.”

Founded in 2011 and located at 414 Linden Avenue in Wilmette, with an enrollment close to 450, SNAP offers music lessons and dance and acting classes. Stu- dents are as young as 2 and as seasoned as 60. SNAP’s staff of 11 be- lieves that a quality per- forming arts education prepares students for life- long enjoyment, appreciation and continuation of the arts. The healthy characteristics it instills? Poise and confidence and readiness, toname a few.

“We emphasize discipline in our approach,” says Fox, who typically teaches 22 dance classes and six voice lessons per week— when she isn’t devoting her time to eight hours of rehearsals each week.“We have a dress code, yes. But we’re not harsh in class; everybody has fun. We encourage our students. We’re positive at all times.
“I try to be funny when I teach,”adds the soprano, a Rogers Park resident since 2009 and an educator of North Shore dancers and singers for nearly 20 years. “The young kids think I’m funny, the teens … not so much.”

SNAP’s fourth annual “Progressions” this weekend (March 3) is a dance festival with a twist. It does not stage ballet slipper-ripping competitions between dance schools. It brings together area dance troupes—SNAP, New Trier, Joel Hall Youth Company and Millennium Dance—and celebrates the art of dance. The first performance begins at 5 p.m. at Regina Dominican High School in Wilmette.

“The festival is a highlight of the year for the community,” says Fox. “Every dancer is appreciated and honored equally.”

Fox’s first dance/voice coach was a semi-pro dancer/singer who charged nothing for lessons in the Fox family’s basement studio. Fox’s first dance/ voice coach was her mother, Boots, now 76 and a budding painter. Pamela’s late grandfather was a vaudeville performer and Paramount Pictures ex- ecutive. An uncle worked as a sound engineer.

“I want to get back to more singing this year, more singing at private parties,” says Fox, a Roller Derby fan and an NPR listener at home. “Singing excites me. So does dancing or anything that has to do with the performing arts. I’m like Judy Garland—‘Let’s put on a show!’A performance I’ll never forget was [the late] Marin Mazzie’s in Rag time on Broadway,1997. When she sang ‘Back to Before’, that feeling I got, sitting there and hearing her and watching her, moved me considerably. She was so invested during that song.”

Fox had lost an earring before the start of our interview. It did not seem to bother her too much. Maybe that was because she still owned something more valuable than that. Something priceless.

Visit studionorthacademy.com for more information, including details about summer camp classes, or call 847-251-7627.