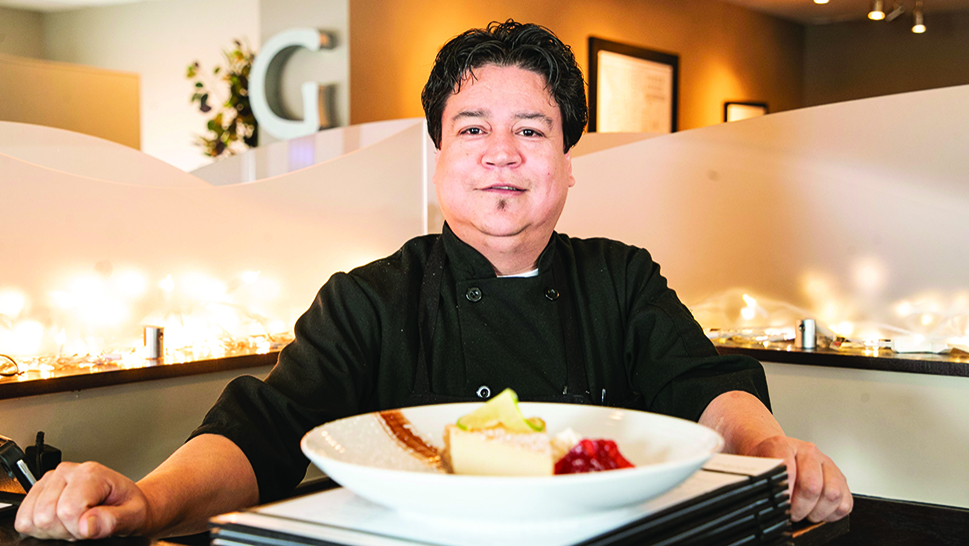 It’s been 12 years since the watering hole Little Nick’s closed on Rockland Road in Lake Bluff to make way for a shiny new drive-through Walgreen’s.

Owned and operated for more than 40 years by local resident Gus Papas, Little Nick’s became a popular hangout for local factory workers, the kind of old-school joint where a customer could order a beer at 4 a.m.—just before closing time—and return an hour later, when Little Nick’s opened for breakfast, and inhale a hearty plate of sausage and biscuits.

Those legendary breakfasts, as well as a host of other lunch and dinner options, are available once again—just a stone’s throw away from the site of the old Little Nick’s—at Gus’ Corner Grille, a contemporary casual dining concept Mr. Papas recently launched at the corner of Waukegan and Rockland roads, a busy commercial intersection where Lake Bluff gives way to Knollwood.

Open seven days a week for lunch and dinner, plus breakfast on the weekends, Gus’ Corner Grille is a welcome addition to the Lake Bluff dining scene.

And while Gus, 87, is very much a fixture at Gus’s Corner Grille, the day-to-day management of the restaurant rests in the capable hands of his

“We offer a wide variety of food to match our customers’ tastes,” Boufis says. “There are options here for pretty much everyone.”

After taking over space once occupied by the now-closed Grille 43, Boufis and Papas went to work updating the interior, covering the dining room’s generously sized banquette with slick gray leather and adding soft blue pendant lights for a pop of color. They also created a more intimate bar and lounge area within the 80-seat restaurant.

“We’re starting to see some of the old Little Nick’s regulars come in,” she adds. “Some of them hadn’t seen my dad in 20 years.”

Gus’ Corner Grille’s understated gray walls are dotted with nostalgic black-and-white photos of Lake Bluff and Knollwood landmarks, as well as a prized sepia-tone photo of Gus, clad in a white jacket and toque. Papas arrived in the United States six decades ago from Tripoli, Greece, and spent years working in hotel kitchens.

Gus’s 15-seat bar offers patrons a nice selection of red and white wines from California, France, and Italy, along with a rotating menu of craft beers and a creative list of specialty cocktails, including

Gus’s has the capacity to host or cater private parties for up to 115 people, and it is already working on plans for outdoor patio dining when the weather turns warm.

“We’ve only been open for a month,”Boufis says. “We’re just getting started.”