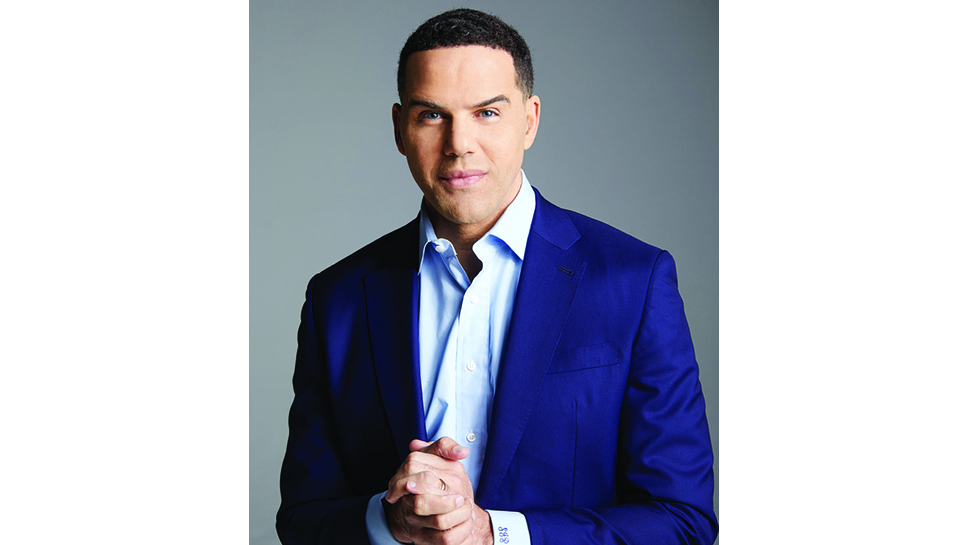 In the 2012 memoir “A Chance in the World,” Lake Forest resident Steve Pemberton recounts his years growing up as a foster child in Massachusetts. The book brims with horror—yet ends up triumphantly.

Pemberton, who served as an executive at Walgreen Co. in Deerfield and lived in Highland Park for many years, will attend the event, and special guests will include actor Eric Roberts (Runaway Train) and his wife, actress/ casting director Eliza Roberts (Animal House); Eliza’s son, Keaton Simons (writer and composer of “Find Us”); and WGN Radio’s Kathy Hart and Frank Fontana. Proceeds will benefit Lakeside Arts Park at the Dole, CASA of McHenry County, and Big Broth- ers Big Sisters of McHenry Country.

Closely involved with the making of the independent film, Pemberton admits watching it at first was a little odd.

“It’s the closest to time travel I’ll ever get,” Pemberton notes. “It was surreal to see parts of your life created on a movie set. What has brought me the greatest joy was to see the lives of the everyday heroes who touched my life reflected on the screen. The film is in part a tribute to them—and their goodness.

“I envision the film being part of a family’s movie night or utilized in classrooms by educators that want to convey a lesson about perseverance. A Chance in the World is not about the tragedy but about the triumph.”

Pemberton chronicles how a new home beckoned to him when the orphan was 6. A woman named Mrs. Robinson smiled and made him feel welcome—until the social worker who deposited him there departed. Within seconds, Mrs. Robinson demanded Pemberton do the dishes. The first one not up to par resulted in a smack to his face. The disparagements unleashed inside the Robinson house (from “Something about you isn’t right” to “You are here to wait on us hand and foot”) seem stolen from Les Misérables. Some days, before leaving for school, he was told he’d be beaten when he got home.

Pemberton writes, “I came to live not just in fear but in abject terror, the kind that rises up and takes over every sense of your being.”

One of his happier memories was time spent in a hospital after being bloodied by Mrs. Robinson— who told doctors Steve had fallen out of a shopping cart.

Books helped save his sanity. A woman in the neighborhood, Claire Levin, gave them to him as gifts, ones he was forced to hide from the Robin- sons. He read them in a dank spot in the cellar, as a different world—a welcoming, liberating revelation—greeted him.

“I loved the smell of books, the feel of their weight in my hands, the rustle of the pages,” Pemberton writes.

Once he attended church as a 10-year-old, an epiphany comforted him.

“I had a spirit I could talk to,” he recalls. “The Sunday School teacher said you could pray. I prayed, and I did get peace at that age, so I prayed all the time.

“During some real difficult moments, I’d say, ‘God, get me through this.’ Then this quiet peace came over me.”

Yet the teen years brought new ugliness. Desperate to attend college and get out of the house, hehad to face captors who did all they could to prevent it. At one point during a meeting involving a social worker and the Robinsons, Steve endured a severe beating after giving the “wrong” response.

One might ask, How do you know how to be a loving parent when the Robinsons (whose second household rule states, “We aren’t your mother and father; you call us ‘ma’am’ and ‘sir’”) were your primary models?

“In a child’s imagination, you create the kind of parents you were longing for,” he says. “Parents I imagined were kind, tucked you in at night, believed in you. I knew I’d be a good dad. I wouldn’t repeat those things [that had happened to me].”

Once Pemberton became a father [and his wife, Tonya, a mother], he faced many simple questions from his children that he struggled to answer, such as: Was your mommy like mommy’s mommy? His answers only seemed to provoke more questions from them. He felt he had to write about his life.

Having watched his children be engaged by the book has been the biggest joy.

“My daughter was 7 when she listened to the audio book,” he says.

“She said,‘Daddy,will you come lay with me.’ She’s just staring at me. Then she started rubbing my face as if to say, ‘Daddy, it’s OK.’“

Pemberton pushed himself to make sure the book would not be ques- tioned.

“The biggest fear I had was, people wouldn’t believe it,” he says. “I took numerous trips to New Bedford to make sure I had everything right. I have the case file. I said if there is an investigative reporter, I want to be sure it’s all there … it would be a great betrayal not just to lie but to capitalize on something that would be meaningful to people, like the kids who wouldsay, ‘I can do it [overcome trauma] now.’ ” Pemberton’s book has persuaded many on the fence to become foster parents and has resonated with foster children.

He makes one thing clear to those youngsters.

“There’s nothing special about me,”he tells them.

“I read every day. I worked hard in the classroom. You can do those things, too.”

Pemberton has achieved much success. Fortune has honored him for his work. He has provided testimony on Capitol Hill for diversity recruitiing. An executive for Globoforce in the Chicago area, he is far away from to Arnold Street in New Bedford both literally and figuratively.

His different life started after the state finally allowed him to leave the Robinson house. He ended up graduating from Boston College, found out who his father was (Kenny Pemberton, an amateur boxer who had been killed) and then, at the age of 23, received a call from a social worker who agreed to give him confidential information. His mother’s name was Marian Klakowicz (his last name at the time), and he had three brothers and a sister.

He started to dig into his past. In many ways it introduced more pain about his roots. Yet he insists he wouldn’t change it all if he could.

“No,” Pemberton says. “Sometimes the man I am wishes I could tell the boy I was that there’s some goodness in the land. But I’m here, I’m fine, I’m intact.