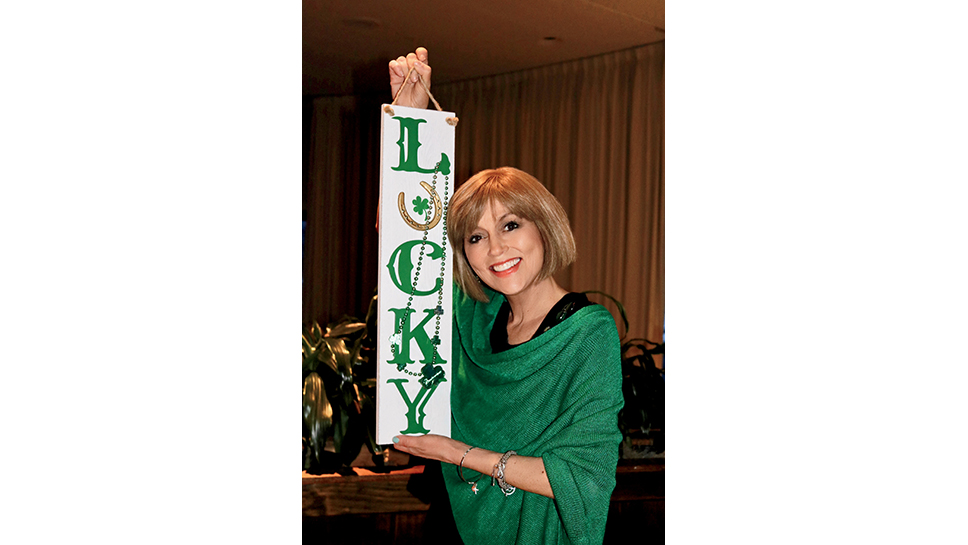 It was a Maureen Skinner thing.

A radio station would play an Elton John song. She’d turn the volume up on the car radio. She’d then sing along, at the top of her lungs, while urging her daughters, Shannon and Meghan, to accompany her.

It was just one of many things the engaging Lake Bluff resident loved to do—even near the end of her three-year battle with cancer.

“Maureen’s personality was bigger than Texas,” says good friend and Lake Forest resident Claudia Hippel, a mother of two who first met Skinner in 2006, when their children attended preschool. “So talkative, fun to be around, and she made everyone around her laugh. She loved people. She loved meeting people. I have a thousand memories of her, all of them good.

“Maureen,” Hippel adds, “was that college roommate you wish you’d had.”

Maureen Jagier Skinner—an accomplished news anchor-reporter in Green Bay, Wisconsin, before returning to Illinois and starting a family with husband Jeffrey Skinner—died on December 23. She was 57.

She is survived by her husband and daughters; mother, Sheila Garrity (Tom) Douglas; and sisters, Eileen Kozlowski and Kathleen ( Jim) Heinz. She was preceded in death by her father, Norman Jagier.

“She savored and embodied life, soaking up every second and making all those around her part of the daily celebration that life brings,” says Katie Ford, of Lake Forest, another good friend.

Skinner hosted the local cable television show “Wild, Weird and Wonderful” to help promote the Wildlife Discovery Center at historic Elawa Farm in Lake Forest. Among the annual events aired is the center’s CROCtoberfest. Footage of the 2012 fest, dedicated to help the endangered Siamese crocodile, is available on YouTube; the stars of that episode—in addition to a croc named Kwan and an alligator named Bubba—were Skinner’s constant ebullience and genuine curiosity.

“She always had that contagious smile, laughter, quick-wittedness, humor and pure passion for life,” Carmichael says. “A few months ago she stopped by late at night because she needed to talk with a friend. She was scared, and there were some tears, but then she said, ‘You know, Rob, I’ve had a great life, and if it isn’t meant to be, I’m OK with that, as I know I’ll be in heaven and have the most amazing family on earth.’”

“You’d always see Maureen in a corner with a kid, carrying on a conversation about science or history or or about anything, really,” Hippel recalls. “She truly enjoyed getting to know people. She made people of all ages feel comfortable around her.

“I never heard Maureen say a bad thing about anybody.”

A composed Shannon Skinner spoke about her mother at the funeral on January 5. There, inside the Church of St. Mary in Lake Forest, the teenager described her mother’s endearing personality traits.

“Shannon,” Hippel says, “hit every one of those on the nose.”

Hippel’s 15-year-old son, Casey, like others in attendance, felt sadness at various points during the mass.

But he left the church with an entirely different feeling.

The funeral had doubled as a celebration of a special woman’s life.

“As we got into our car, Casey told me he felt good,” Claudia Hippel recounts. “Then he told me, “I feel so whole.””