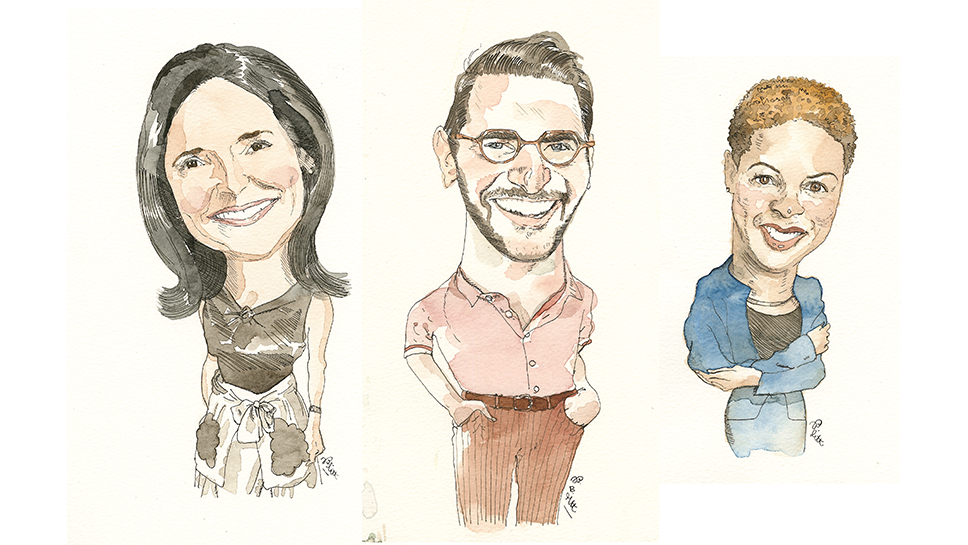 We ate and talked. We laughed and listened and cried. And I — one grateful journalist — learned all about fascinating people with ties to the North Shore.

Here are some of my favorite quotes that appeared on our “Sunday Breakfast” pages in 2018:

“Before we got married [in 1990] I made Mark [Green] take a premarital swim test in my grand- parents’ pool in Palm Beach. I made him swim all of the strokes of swimming [freestyle, backstroke, butterfly and breaststroke]. He passed.” — Swim instructor and Winnetkan Marcia Cleveland, who swam across the North Channel (21 miles, between Ireland and Scotland) in July.

“The second I heard that track in the car, maybe four notes in, bang…my big bang. I became enamored with that kind of music, instantly.”–Saxophonist and Bravo Waukegan music teacher Joey Rosin, on hearing “Giant steps” on the CD The Very Best of John Coltrane when he was a fourth-grader.

“A guest told me recently, “As soon as I enter the Deer Path Inn, I feel warmth, and I feel like I’m receiving a hug.” –Deer Path Inn Innkeeper Matt Barba

“A month before he died, Benny looked at me in his hospital room and said, “It’s time for me to go home.’ He knew…just knew. His last day, after he had lost the ability to speak, you should have seen the streams of visitors that stopped by to see him in our living room. The last group left at around 10 p.m.” –Kings & Convicts Brewing Co-founder and CE) Brendan Watters, on his son Benny, who died from Diffuse Intrinsic Pontine Glioma (DIPG) at the age of 5. The Benny’s World foundation is a founding member of the DIPG Collaborative.