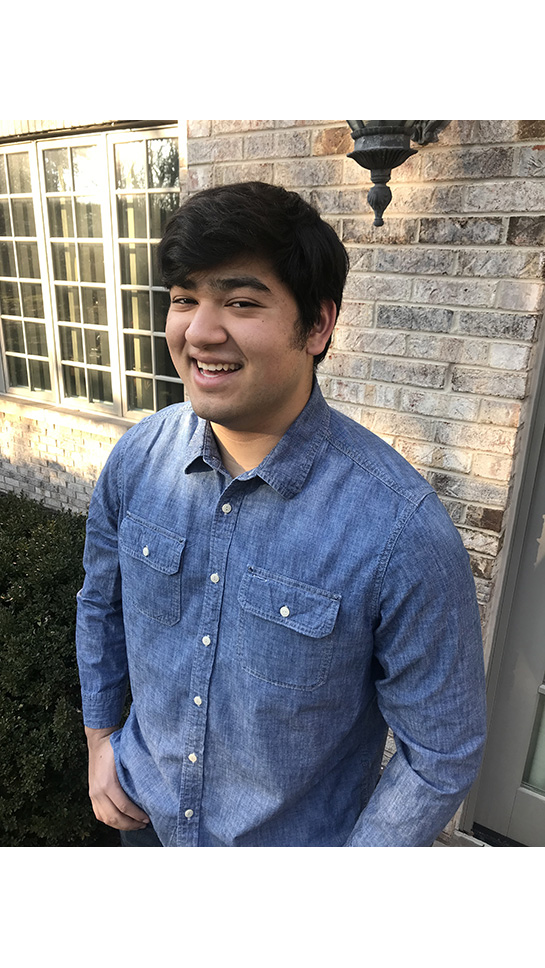 Zach Demet hears it all the time.

The gregarious-to-the-bone Demet usually smiles and replies with a polite “No.”

The Lake Forest High School senior does have a sports background — in wrestling, track and field, swimming and water polo. Demet no longer com- petes in any of them.

Football?
Never, in an organized setting.
But if you’re a play director and you’re looking for a teen to portray a gridder with any kind of attitude, Zach Demet is your teen. He’d nail the role. Demet’s primary “varsity” activity since his sophomore year has been theater.

Some of his credits:

Donald in You Can’t Take It with You; the baker in Beauty and the Beast”; the German boxer in the French farce The Patsy; the fireman in The Amish Project; a lawyer in Radium Girls; and juror No. 3 in 12 Angry Jurors.

“Being involved in theater has done so much for me,” says Demet, who landed the role of O’Brien

for the school’s winter play, 1984 ( January 31-February 2). “I’m more confident in many aspects of life because of it. My presentation skills have im- proved, thanks to theater. I love being a part of a group that tells a story. I enjoy, in general, the environment of theater — in that realm you get the chance to be creative, to be a different person on a stage.

“So much of art is storytelling,” adds the A/B student. “Telling a story, through performing, is exciting.”

Demet likes to tell it.
“I was able to recall my lines in the skit because

I was moving around during the skit,” Demet recalls. “I thought, ‘This is great.’ It was more fun than I thought it would be. Something clicked. I got hooked on drama. After that, if I ever got frustrated while doing my homework, I’d stand up and walk around in my bedroom. Things would then sink in and stay in, and I’d no longer be frustrated.”

In sixth grade he portrayed Stanley Yelnats (“Stanley” spelled backward) in Holes. A year later he was King Triton in The Little Mermaid. Demet earned a part in a musical, too.

The non-football player tackled role after role and gained rounds of applause from audience members.
“Theater,” Demet says, “probably has been the biggest part of my life. My theater teacher at school [ Joe Pulio, also a business teacher and the theater department lead at LFHS] has been a great mentor. He’s tough, but I don’t mind that because he cares and has a lot of passion about theater, about education. He reminds me of my father [Steven]. I love when Mr. Pulio challenges me; I love when he tells me either in theater class or during a play rehearsal, ‘Stop! I don’t believe you!’ His intensity helps me develop as a performer.”

Demet sees himself at a liberal arts college but probably not as a theater major. Film intrigues him. Producer Zach Demet? Maybe.

“I don’t want to be restricted in college, but I will stay invested in the arts,” says Demet, who was a choir member at Deer Path Middle School and warbles with Lake Forest High School’s Madrigal Singers at senior centers and country clubs.“I want to explore different things, take advantage of the opportunities available at a good college. I don’t mind the challenges that come with trying some- thing new.”

It appears a credo that a 10-year-old Zach Demet heard from his father at the dinner table continues to influence him.

“I’ll never forget what he said that night,”Demet says. “He said, ‘I would rather make mistakes than live with regrets.’ ”